The anger from the left is justifiable. When Ezra Levin, co-founder of the left-wing Tea Party-esque group Indivisible, told the New York Times that Schumer’s job is to stand up for progressive values, he was partially right. Schumer’s job isn’t to do Ezra Levin’s bidding. But it is his job to stand for something—to have a set of beliefs and stick to them, even if there’s a political cost.

By just constantly switching lines at the supermarket, all that Democrats accomplished during the shutdown was reinforce why everyone hates Washington in the first place. Sure, the weekend’s polling probably showed that the shutdown was bad for Heidi Heitkamp’s re-election prospects. So what? The point isn’t to constantly bob and weave to keep people in office. The point is to win office so you can actually do something.

The Tea Party has done well over the past 15 years because they believe in something. I don’t agree with any of their beliefs, but I respect that they stick to them. The same is true for hard-core progressives on the left. Bernie Sanders didn’t almost upend Hillary Clinton because he was personally magnificent. He wasn’t Barack Obama, who won the presidency due to his personality and potential. Sanders simply had a strong point of view—that most people are being screwed by the rich—and a lot of voters were grateful for it. Donald Trump had a point of view too—that most people are being screwed by immigrants and minorities. Awful as it was, voters chose it over someone who essentially stood for little more than her own ambition. But not being an extremist doesn’t mean you have no point of view. It doesn’t mean you just try to figure out the politics on each and every issue to make sure you’re making the safe choice.

Our leaders in Washington don’t seem to get this. Yes, they have to balance their members’ competing views and needs. But then they ultimately have to take a position and stick to it. And yes, this may cost them their leadership position, but that’s exactly what leadership is—putting your own needs aside for the greater good.

The shutdown, in and of itself, is not a big deal. It would have taken months of shutdown chaos to get DACA through the House, and that was probably never going to happen. But it’s emblematic of everything most of Washington doesn’t seem to understand. Voters don’t want politicians to constantly triage and triangulate to make sure that everyone gets something. Voters want politicians to believe in something and stand for it, even if it costs them re-election.

The tail keeps wagging the dog, and the dog keeps getting sicker and sicker. The problem isn’t just Donald Trump, Chuck Schumer or Nancy Pelosi. It’s that the underlying point of serving in office has become misunderstood by the very people who are supposed to understand it best. The result is that government ends up rewarding the few on the far end of each spectrum whose views are usually wrong—but their compass at least seems right. This is why we’re stuck in a decades-long spiral where the end became the means, the means became the end, and almost nothing meaningful ever gets done.

This isn’t working. The Dreamers deserve better, and the rest of us do too. 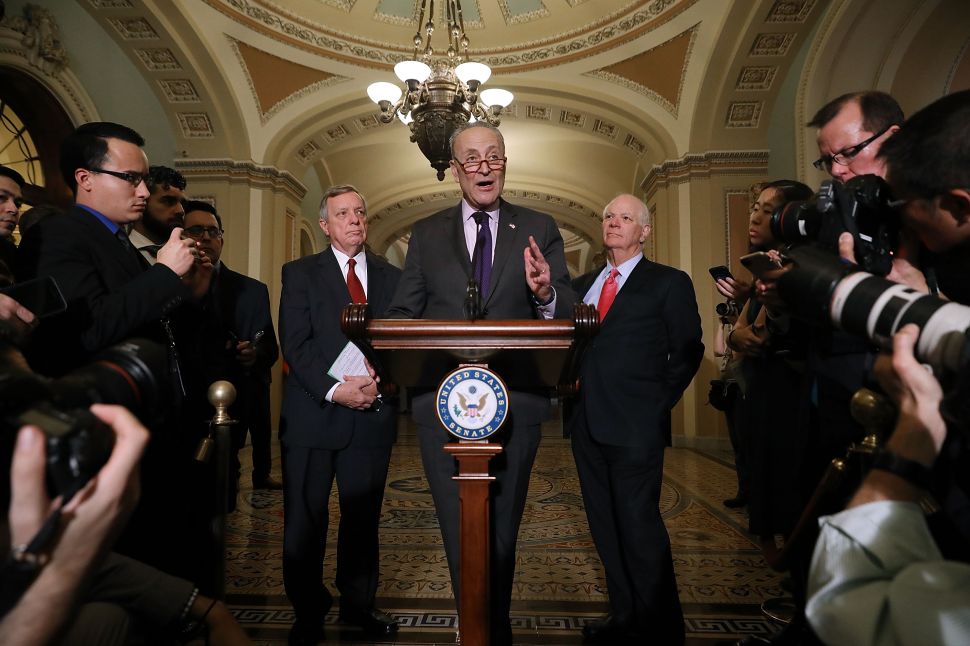