As Grammy night approaches, the roster of events and shows studded with nominees continues to ignite New York City. Leading up to Sunday’s awards, Mastercard has been hosting a series of free shows at their music pop-up experience, “Mastercard House,” located at New York’s Skylight Studios. Last night wrapped the fourth of five nights in the series, which is completely free for Mastercard holders, and featured a set from Grammy-nominated Portugal. The Man and an opening set by Francis and The Lights.

Dominating the airwaves for 11 weeks last May through July, “Feel It Still” earned the group Portugal. The Man their first Grammy nomination for Best Pop Duo/Group Performance. Though the band’s groovy, analog-centric rock sound only becomes more upbeat as front man and guitarist John Gourley’s falsetto carries the cheerful hooks, an argument can be made that as a whole, the band moves through waves of sound beyond just pop—and 2017 was the year that it clicked.

The Alaska natives (but now Portland-based) caught 2017 by storm as their second single  “Feel It Still,” from their 2017 album Woodstock, reached number one on Billboard’s Alternative Songs and number four on the Hot 100, becoming the band’s first entry into the chart and catapulted them into front and center of last year’s pop-stratosphere. The song even earned a spot on former President Obama’s favorite songs of 2017. And momentum has not slowed down into the new year, as the band just earned its second entry onto the charts earlier this week with “Live in the Moment,” reaching number one on Billboard’s Alternative Songs.

Also flying slightly below the radar in recent years was the opening act, Francis and The Lights, “the lights” referring to the lights surrounding singer and sole band member, Francis Farewell Starlite, on stage and on the digital screens. With praise being sung by collaborators Drake, Kanye West and Chance the Rapper, Francis and The Lights creates an energizing juxtaposition on stage using synth-laced electronic beats layered with R&B melody combined with his furious dance stamina.

Late last year, Francis and The Lights released a new record titled, Just For Us, only hours after first announcing its surprise release. The record features Bon Iver’s Justin Vernon, and follows Francis’ 2016 album, Farewell Starlite. The majority of last night’s set featured songs from Just For Us as Francis used his frenetic and kinetic energy to disappear into the crowd and venue, bouncing off speakers as if they were stepping stones.

When Francis and the Lights hit the stage, he left most of the audience wanting more. The same can be said for Portugal. The Man, though for a much different reason: for an event meant to celebrate the Grammy-nominated and emerging artists, the microphone’s low volume left out a lot of the nuance Portugal. The Man are known for, reducing the set to mere Noise Pollution. Gourley’s falsetto became lost in the roar of the instruments, which hopefully isn’t telling of their chances on Sunday. Fortunately for the fans in an audible distance, the band played a fair mix of singles from Woodstock as well as older songs from their last two previous albums, Evil Friends (2013) and In the Mountain and In the Cloud (2011). 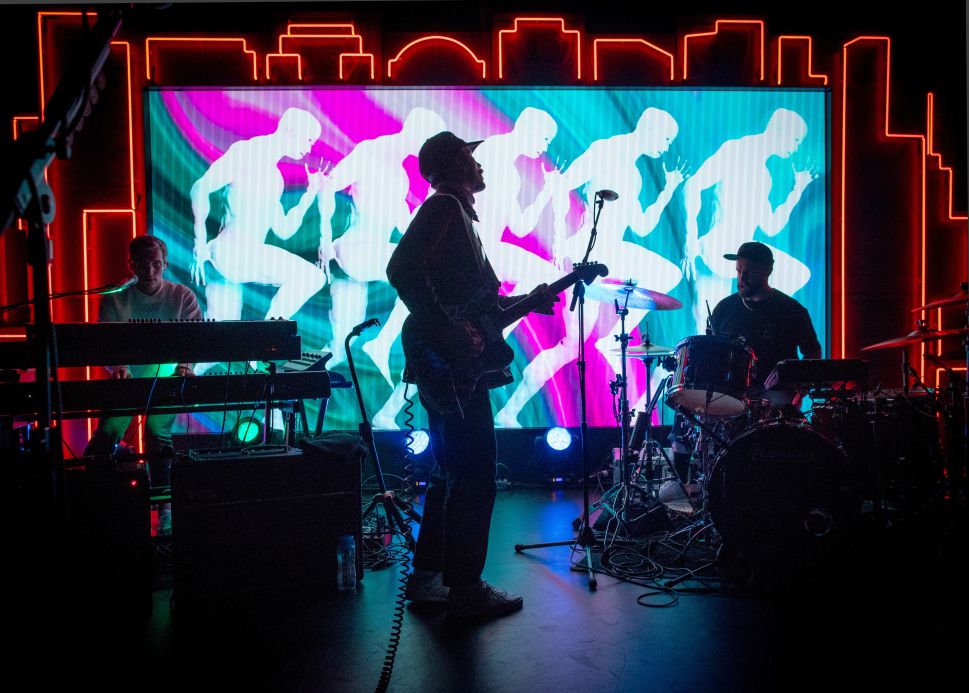