There will be no more English taught in the elementary schools of Iran. English has been banned. And the decision to send Iran reeling back into the Middle Ages was made by Supreme Leader, Grand Ayatollah Khamenei.

This decision will hurt Iran severely. Rather than utilizing modernity to reshape Iranian society within approved boundaries, present day leadership is forcing the country back into old-fashioned tradition by blocking out all that is new.

Iranian leadership views English as a springboard to assimilation, and an open invitation for Western culture to infiltrate Iran. The Grand Ayatollah is calling on Iran to fight what he terms the “cultural invasion.”

Mehdi Navid Adham, speaking for the Ministry of Education, explained the logic behind the policy: “Teaching English in government and non-government primary schools in the official curriculum is against laws and regulations.”

Iranian leadership may have a point when it comes to cultural assimilation—but from the technological, scientific and medical vantage point, they are making a big mistake.

Just over a decade ago, Iranian leadership realized the country was trailing behind the West when it came to computer technology, especially hacking. Iranians were unable to defend themselves against attacks and unable to initiate attacks against others in the fast-paced world of cyber warfare. Unlike today, they knew they needed to correct the situation.

And that’s when Iran launched a massive hacking education program in all elementary and high schools. The best students were rewarded, and the plan worked. Within 10 years Iran became one of the best countries at hacking, an expertise that has influenced tech design and development.

There was a huge risk that those hacking skills would be used to attack Iran from the inside. Despite the risk, the government went ahead with their decision.

That is how Iran deals with issues: strategically. They confront them, and they conquer them. But this time is different. Iran has broken its own mold.

Banning English is simply a bad decision with no strategic implications, lacking the depth of understanding that has come to define Iranian decision-making. It will harm Iran’s stance internationally and jeopardize its security.

When Iran had a cash flow problem, they cajoled the world into bringing them back into the fold, and the world permitted them to export their oil. When sanctions stopped Iran from importing weapons, Iran made its own. And, best of all, when sanctions crippled its economy, Iran convinced the world that it would play nicely and abandon its nuclear program.

Until now, Iranian leadership has been masterful at getting what they want by making it seem logical and acceptable to the world-at-large.

The best and brightest Iranian students traditionally fly off to study at Oxford, Cambridge and the Sorbonne.  The language the Supreme Leader so reviles is the one that allows the rest of the world to read textbooks in math, science and medicine. Even computer code is in English.

As a result of this ill-advised decision, in as little as 15 years Iranians will be unable to compete on the world stage. But of course, the Supreme Leader neither seeks nor heeds advice from others.  The Ayatollah Khamenei is the ultimate authority.

Western culture is alluring; the music, literature, film and even YouTube videos are part and parcel of that culture which eases youth into a grasp of the one language they will need, above all others, to make their way in the world.

No country can afford to make emotional decisions about its future. 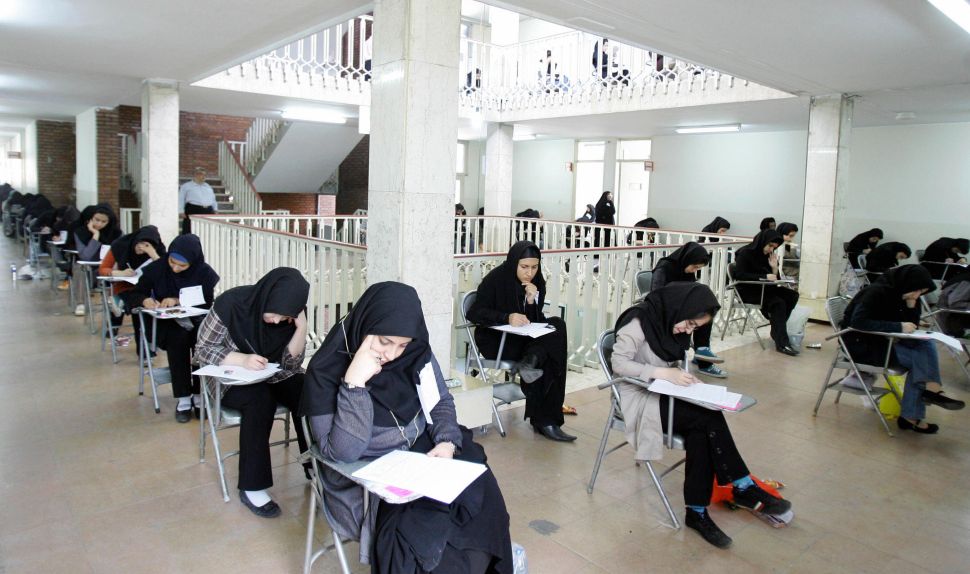