For Shahryar Nashat, the line between man and machine is slim, if there’s a division at all. The 42-year-old artist sees film and photography as an appendage to the human body, as helpful for navigating our everyday existence as an arm or a leg. But unlike our fleshly extensions, which are in an inevitable downward spiral of decay from day one, our embodiment in pixels remains perfectly preserved. At the heart of Nashat’s video and multimedia installations is a constant philosophic inquiry into how we can best enable our physical bodies and how, in turn, our digital bodies might better enable us.

The Swiss artist has a big month ahead of him in Los Angeles: he will unveil an updated installation of his acclaimed 2014 Parade video and installation work in the Hammer Museum’s “Stories of Almost Everyone,” opening January 28. Shortly thereafter, on February 16, David Kordansky Gallery will mount a solo show of his work that includes the U.S. premiere of his most recent film project, Image is an Orphan, which debuted at Kunsthalle Basel last year. Just ahead of these openings, Nashat spoke to Observer about how he had to kill off one of the main characters in his video works and his own musings on mortality.

At the Hammer Museum, you’re referencing a piece you made in 2014, Parade, which originally featured three performers and a bright green screen-colored dodecahedron—a prop that has since become somewhat iconic within your oeuvre. That same prop has a new role this time around, though, correct?

Yes. I started using green objects in several of my works back in 2011; these geometric props functioned a little bit as the main character within the works. That’s a little bit odd because props are usually just in films and performances as objects that support the actions of other characters. But the green dodecahedron, it kind of became its own thing—it was like another body in the film’s choreography, a trickster. Well, when I decided I no longer wanted to work with these shapes, I felt like I couldn’t just stop using them. So I collaborated with L.A.-based curator Sarah Lehrer-Graiwer to write an obituary for this object, reflecting on its meaningful life—and its death at the height of its career. This turned into an artist’s book called Obituary. So that will be on display at the Hammer, along with the prop, which I’m encasing in a vitrine. Like a death mask.

You talk about this object as having a sort of agency of its own, like it’s imbued with an animated life force just like we are. Indeed, a lot of your work looks at what it means to inhabit a body, especially when so much of our lives are lived through digital iterations of ourselves—videos, selfies, online personas—effectively disembodying us. Do you see the human body as a kind of object?

I’ve never been interested in representing the body for the sake of the body. The human bodies that I’ve filmed or photographed are always in action, because that’s what makes a body political, in my opinion—its movement in a space, in an environment. When it’s not in action, or when it’s just in action for the purpose of the camera, then that’s when the body becomes objectified. So the camera can only be a witness, in my opinion. It can’t be the main reason for something to be.

In your latest video work, Image is an Orphan, death is a main theme. Or, more accurately, how we exist beyond the actual span of our lives is. In it, two female voices repeat, among other questions, “How will I die? Who will carry me? Who will feel my after effects?” Who are these two voices?

It’s actually just one actor who did the audio for me, but she used slightly different voices to convey two different aspects—a body and its image. They are conversing throughout the work, questioning each other. Both the image and the body are talking about their desire to be relevant, their desire to stay alive, to impress or to stay with people. Images of our body will out-survive actual bodies. It’s about mortality at large, yes, but for me, as an artist, it’s about my work as well. Like, how what I make will survive me. What I do as an artist will last longer in the world than me as a physical human being. 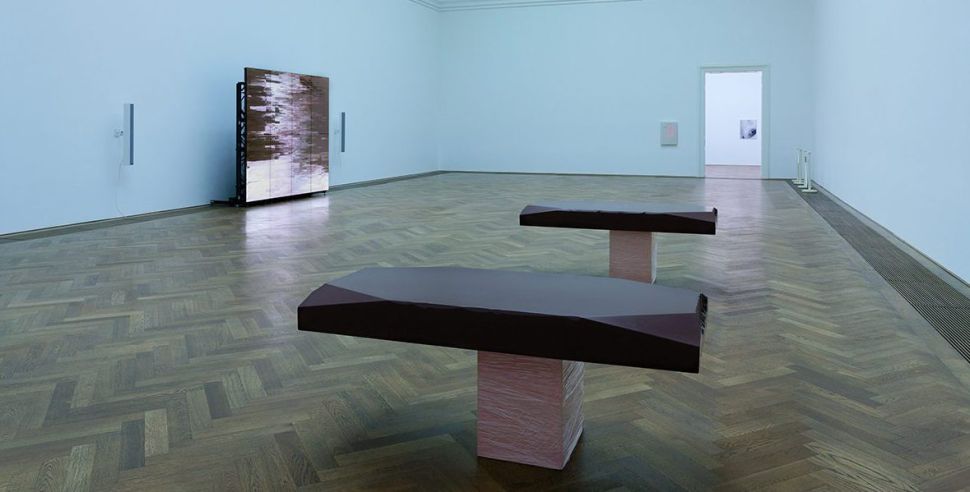