HBO is on a casting roll this week. On Wednesday, it was announced that Meryl Streep had joined the cast of Big Little Lies for season two. Today, Helen Mirren has signed on to play the lead in HBO and Sky’s upcoming Catherine the Great miniseries.

Between the two of them, they have four Academy Awards and a staggering 25 Oscar nominations.

The four-part drama will explore the politically tumultuous and sexually charged court of the most powerful female monarch in history, as Catherine ruled over Russia for almost 50 years during the 18th century. Specifically, the miniseries will focus on the end of her reign and her affair with Grigory Potemkin.

Set to begin filming later this year, Catherine the Great hails from Nigel Williams (Elizabeth I) and is directed by Philip Martin (The Crown).

“I am very excited by the possibility of embodying a woman from history who grabbed and then wielded great power,” Mirren said. “She rewrote the rules of governance by a woman and succeeded to the extent of having the word Great attached to her name, Catherine the Great. I am very grateful to have HBO and Sky as partners in this endeavour. There are no other homes on television that bring the support and understanding needed for this kind of project.”

“We are jubilant about having Helen Mirren back on HBO, playing the iconic Russian empress and joining this distinguished team of British filmmakers,” Kary Antholis, president of HBO miniseries said. “This collaboration will, no doubt, result in a truly regal mini-series.”

The miniseries will air on HBO in the U.S. and Sky Atlantic in the U.K and Europe, similar to how The Young Pope was broadcast.

“We’re incredibly excited to announce Catherine the Great and our further association with HBO, in what promises to be a definitive landmark drama,” Cameron Roach, commissioning editor for Sky drama, said. “The team assembled on the project is truly world class, and we look forward to Helen Mirren bringing this remarkable woman to life.”

So how long until we start taking odds on Mirren vs. Elisabeth Moss (The Handmaid’s Tale) at next year’s Emmys? 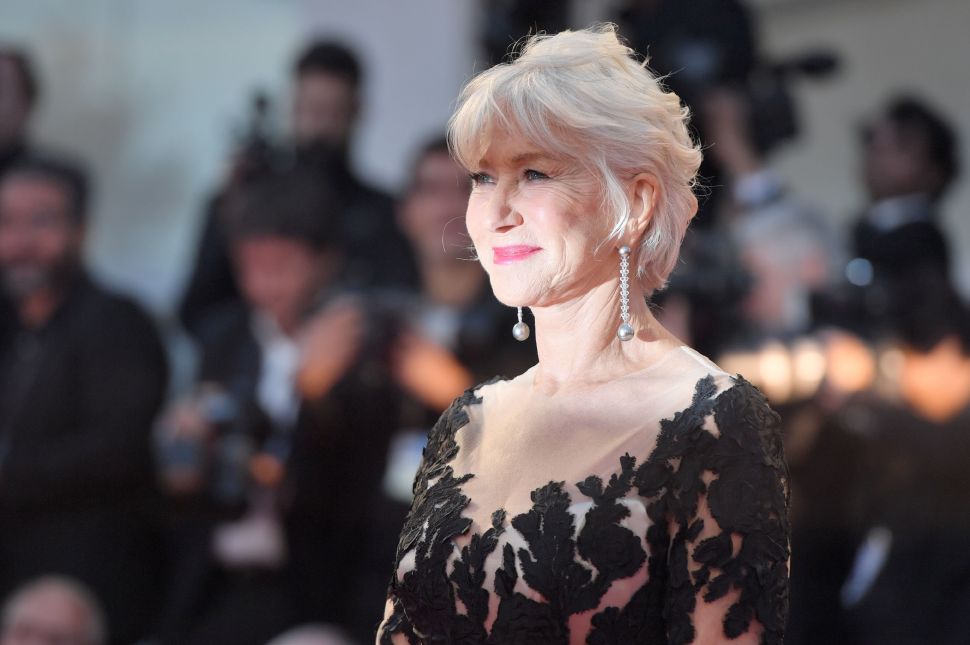