NBC will officially replace Today host Matt Lauer, who was fired in November over sexual misconduct charges, with Hoda Kotb.

The move has been celebrated throughout the media industry with co-anchor Savannah Guthrie saying (per THR) that it’s “the most popular decision NBC News has ever made.” Furthermore, journalism professor and former NBC News and CBS News executive Barbara Cochran told the outlet that “broadcast executives sometimes do the smart thing, and they sometimes do the right thing. In this case, they did both.”

However, despite the universal praise for Kotb, it doesn’t look as if NBC will be paying her anything close to Lauer’s annual salary of $20 million to $25 million. Admittedly, few in the industry come close to such massive paydays. Lauer had been with the network for more than 20 years and was the face of its flagship morning show. He proved to be a money maker for NBC over the years and they did everything they could to keep him in-house.

“This is a symptom of the correct economic decision to downsize the role and not throw millions and millions of dollars at it,” independent news analyst and frequent THR contributor Andrew Tyndall said. He believes Kotb could start out with a $5 million annual salary. Meanwhile, the New York Post reported that their sources pegged Kotb’s salary closer to $7 million.

According to Business Insider, Robing Roberts and George Stephanopoulos reportedly earn $15 million to $18 million each. Kelly Ripa is said to make around $20 million.

Other names rumored to be in consideration included Sunday Today host Willie Geist and 9 a.m. host Megyn Kelly. It seems as if NBC is making a concentrated effort to promote from within and control costs regardless of who was selected.

“I’m sure [Kotb’s] going to make a good dollar, but the big, splashy outside talent raid is maybe yesterday’s news,” Heyward said.

Kotb, 53, was tapped as a temporary fill-in following Lauer’s unexpected firing in late November. She has been co-hosting the 10 a.m. hour with Kathie Lee Gifford to rave reviews. Now she’ll team with Guthrie, 46, as the first female anchoring pair ever for Today.

“The conventional wisdom historically is that there had to be some testosterone in the sandwich,” former CBS News president Andrew Heyward told the outlet. However, at this point “there doesn’t appear to be a huge urgency to finding a permanent male.” 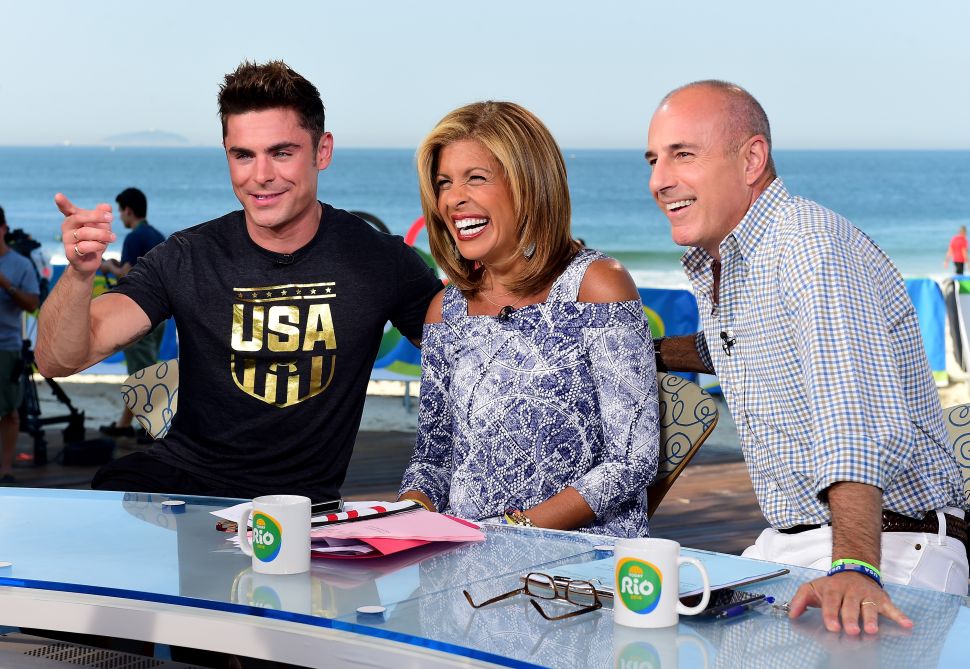