The Democratic Congressional Campaign Committee (DCCC) has announced the second round of candidates—including a New York City candidate—that it will be adding to its competitive “Red to Blue” program, targeting strong Democratic candidates vying for open seats in GOP-controlled districts.

The program equips top candidates with organizational and fundraising support to help them continue to run robust campaigns. The DCCC provides strategic guidance, staff resources and candidate trainings, among other services.

The DCCC noted, however, that the program is not an endorsement. The committee is looking to make more targeted and frequent additions to the program than in previous election cycles.

“I’m inspired every day by incredible Democratic challengers with deep records of service that have stepped up to run for Congress this cycle,” Rep. Ben Ray Luján (D-N.M.), chairman of the DCCC, said in a statement. “Candidates are our best asset, and we will continue to do everything possible to help them build strong campaign infrastructures, energize the grassroots and raise the resources needed to spread their message.”

The first round, which consisted of 11 candidates, was announced in November. Those Democrats included New York State Assemblyman Anthony Brindisi, who is challenging freshman Republican Rep. Claudia Tenney.

Rose is a veteran of the U.S. Army. From 2012 to 2013, he deployed to Afghanistan, where he served as an active duty infantry officer, earning a Bronze Star, Purple Heart and a Combat Infantryman Badge. He is the first post-9/11 combat veteran to seek office in New York City and is currently continuing his service in the National Guard as an Infantry Company Commander.

After his military service, he worked as director of public engagement and special assistant to the late Brooklyn District Attorney Ken Thompson. He subsequently served as chief of staff at Brightpoint Health, the only network of Federally Qualified Health Centers which operates in all five boroughs.

“As a U.S. army combat veteran, Infantry Company Commander in the National Guard and nonprofit executive, Max Rose has dedicated his life to serving America and giving back to New York City,” Luján said, touting Rose’s strengths as a candidate. “A Staten Islander, Max is one of the strongest challengers in the country.”

Rose raised $324,000 in his first quarter and just announced he has raised more than $330,000 in the fourth quarter, according to his campaign.

In a statement, Rose said he is “proud” to be recognized as one of the top campaigns in the nation and insisted he is “just getting started.”

“When this campaign launched in August, the pundits didn’t think this race would be competitive, but the people on Staten Island and in South Brooklyn knew better,” he said. “They’re sick and tired of broken promises and a government that no longer works for them. They want someone with the courage to lead and the guts to fight like hell for them. That’s what this campaign is all about and that will never change.” 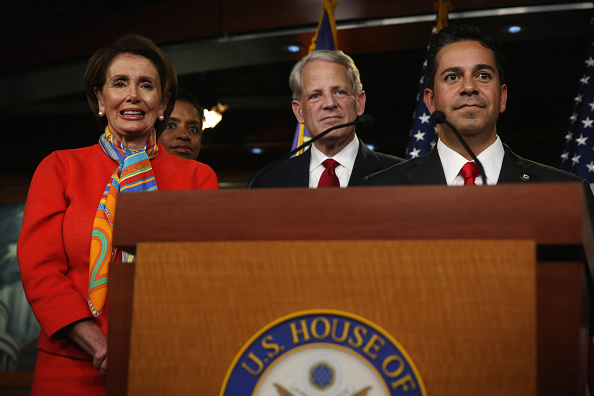