Each of these went far beyond improving the status quo. For example, Gutenberg’s printing press led to the creation of paper money. The mainframe computer remade the banking and insurance industries. The personal computer brought about office automation, which dramatically altered the way companies do business. The creation of the Internet forever changed publishing, retail and a host of other industries. The smartphone made business mobile and automated consumers’ personal lives.

Disruptive means that things change in a fundamental way, and new ways of working and living take hold.

Blockchain is every bit as dramatic and disruptive as any of the technologies listed above.

Cryptocurrencies are now disrupting the personal checking accounts that banks have long offered to consumers, because crypto—which is underpinned by blockchain technology—offers something better.

Crytpo payments are fast. They clear in minutes or even seconds, and cost far less than a check or other kind of bank payment offered today. And because they are built on distributed ledger technology, crypto payments can be trusted.

Strangely, the system that manages cryptocurrency isn’t owned by anyone. Or, more accurately, it is collectively owned by the “miners” whose servers guarantee the integrity of the blockchain and its users’ transactions.

It’s all over for retail banking in its current form. There are a host of crytpocurrencies that specialize in payments: Bitcoin Cash, LiteCoin, Dash, Monero, Zcash and others. These coins are now competing for the emerging payment market.

Disrupt personal checking, and you are disrupting all of retail banking. In 2018, this is exactly what we’ll see: a major impact on the banking sector. It’s already happening, in fact, with the Ripple network, which is currently undermining SWIFT and will, no doubt, continue to do so.

The ability to make secure, fast payments is fundamental to blockchain and to any cryptocurrency. The question is, what else can thetechnologies do? One thing it can and will do is enable “smart contracts.”

What’s So Smart About Smart Contracts?

Smart contracts can be attached to blockchains and are used to enforce agreements. These contracts reinforce trust, which creates a curious and unprecedented opportunity for businesses that use blockchain. The program code of smart contracts is open to inspection, and when attached to a blockchain, it cannot be subverted or corrupted by bribery.

This is the real revolution that blockchain is bringing about. Blockchain can function like a currency, but it can also work like a trusted middleman. Smart contract deals are deals that police themselves, enforcing integrity and security. As such, they create trust and threaten to make businesses that provide trust obsolete, or at least less necessary than they were before.

Smart contracts will see widespread adoption in retail and in the financial sector. We will likely see disruption in those industries next year.

Smart contracts will also create a revolution up and down company supply chains, particularly in international trade. This is not something we will witness next year, however. It will likely take longer for blockchain to disrupt supply chains, even as the buzz around this grows.

The dominant smart contract technology is currently provided by Ethereum and, in my opinion, the Ethereum blockchain is not yet scalable enough to run high volume retail or supply chain applications yet. But by 2019 it probably will be.

In fact, that’s when we are most likely to see the world-changing blockchain businesses emerge. Remember the dawn of the Internet, and imagine the launch of the first printing press. Get ready for something similar. Smart contracts can disrupt and forever change a variety of different industries. Right now, it’s impossible to imagine how far it will go.

Robin Bloor is Senior VP of Strategy and Communications and part of the team that is working on Algebraix Data’s blockchain project. Read his full bio here. 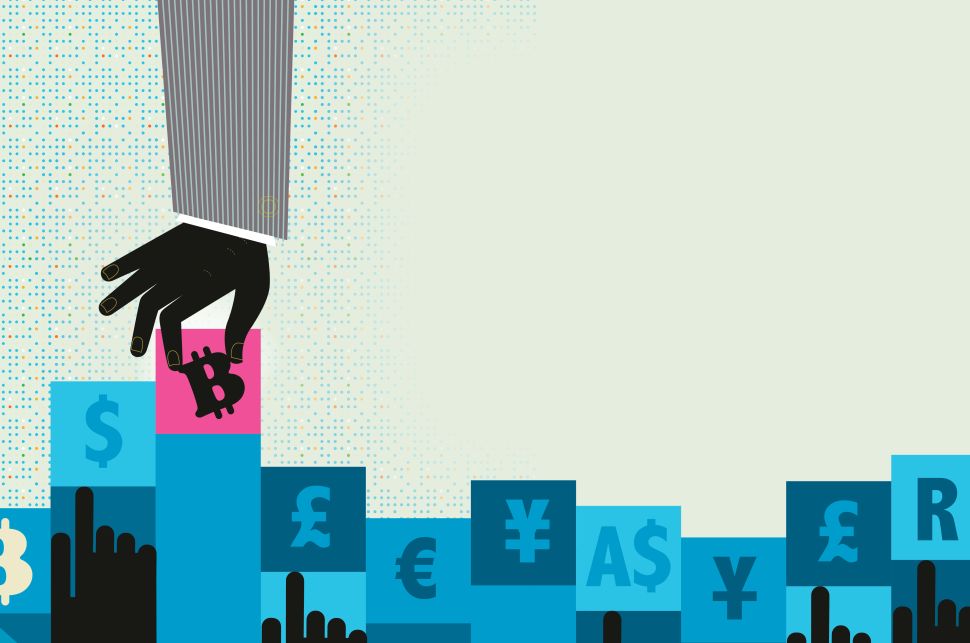