Mark Landis created over 40 mediocre forgeries and successfully passed them off to museums, yet he never seems to have committed a crime. The forgeries were bad enough that the museums recognized their fraudulent nature within hours of Landis leaving the premises. The reason he never committed a crime is because no one was actually defrauded—the museum so quickly realized they’d be gifted a forgery, and no one lost money or reputation. But these museums did accept the gifts that Landis brought them, and only checked to see what the gift (which, at first glance, looked fine) really looked like after the generous donor had gone.

When I teach the history of art crime, as I do at the Association for Research into Crimes against Art (ARCA), I’m often asked what percentage of museum collections are likely forgeries. I’ve read bold statistics that claim that some 10 to 20 percent of the displayed works in famous museums are forgeries. This is, of course, not true, or at least not verifiable. The short answer is that we don’t know—and if we did know, then that percentage of forgeries on display would be zero, because, well, we would know that they were forgeries and they would be removed.

In reality, what goes on display at museums is, I’d guess about 98 percent of the time, just what the wall copy claims it to be. It could be that 10 to 20 percent of a museum’s holdings are of uncertain authorship or were, at some point, misattributed, but those works are usually kept in storage. When I taught a seminar on art crime at Yale, we visited the Yale Art Gallery’s storerooms, where my students could examine several identified forgeries, kept for didactic purposes. Only the near-certainties are displayed to the public. To understand why, we must understand the difference between fakes, forgeries and misattributions.

In everyday parlance, we tend to use these terms interchangeably, all meaning a work of art that is not what the experts claim it to be. But in criminological terms, they are different, as I detail in my book, The Art of Forgery. A forgery is a new work, made from scratch, in fraudulent imitation of a work or style of greater value. A fake is a pre-existing object that is somehow altered in a fraudulent manner to make it appear more valuable than it actually is. Both terms imply malice of forethought, and a proactive attempt at fraud by a criminal. This is extremely rare, which is why it makes headlines when it does happen (and when it is found out, an even rarer occurrence), as in the recent Modigliani affair. The discovery of forgeries and forgers is, to the art world, what the hunt for serial killers is to homicide detectives. The outlier that intrigues, breaks news, piques interest, but is so rare that, by virtue of its rarity alone, it is newsworthy.

What happens far more often, so often that it is not particularly exciting beyond the confines of art specialists, is accidental misattribution. In short, this is a mistake made by experts, who think that a work is by Artist X, when in fact it turns out to be by someone else (though the moment we learn that it is by someone else, its attribution changes and the problem is solved).

This was particularly the case in the pre-Internet era, when many collections were purchased on behalf of non-expert wealthy collectors by buyers abroad. In the 17th century, King Philip IV of Spain sent Diego Velazquez on a mission to Italy to buy up paintings for the royal collection. In the late 19th century and early 20th, wealthy American collectors—the likes of Morgan, Frick, Ford and Gardner—relied on agents to comb the galleries and monasteries and auction houses and private homes of Europe, looking for great art. The cost was little matter, as the collectors had far vaster wealth than the impecunious aristocrats of Europe, who were obliged to sell off their art to sustain their lifestyles. If an agent spotted a painting that looked like it might be a Rembrandt, and telegraphed back to their wealthy patron saying that they’ve found a lovely Rembrandt, they would make a sale (and usually they were paid by commission).

One might think that experts should “know better,” but attribution includes a healthy measure of subjective opinion and guesswork. Forensic tests can sometimes spot an anachronism that makes a work unlikely to be authentic, but they can very rarely prove authorship. And when you have the often-varying opinions of many experts, waters can get muddied.

There is also the phenomenon in the art world of not looking proverbial gift horses in the mouth, as in the case of Landis’ donations. Museums regularly augment their permanent collections with donations and loans from patrons. Sometimes the permanent collections are very modest, indeed, and the highlights of museums may be loan objects. Patrons receive kudos and social points for supporting museums, and can also receive benefits like tax deductions, while museums get new works to decorate their walls. It’s a symbiotic system. When an occasional oddity occurs—as with Landis, who enjoyed feeling catered to for the few hours that he presented himself as a patron to a fawning museum, but who accepted no money or any other benefit in exchange—we see where there’s a chink in the art world’s armor. Museums rely on gifts and loans, and are grateful enough for them that they don’t always look as closely as perhaps they should, to ensure that what is coming their way is what it claims to be.

And so it was with the 20-or-so Modigliani forgeries displayed at the Palazzo Ducale Genoa exhibit, recently outed as forgeries. Whether the curator, currently under investigation, was a knowing party or just fooled, remains a question, but curators are often fooled, due to enthusiasm, wishful thinking, or sometimes desperation to add content, especially promising, big name works, to a collection or exhibit.

When I gave a talk at the Dulwich Picture Gallery while on tour to promote my Art of Forgery book, the museum had a promotion in place. The curators intentionally placed one forgery in the gallery’s collection, and challenged visitors to spot it. It was the gallery’s most successful campaign to date. The irony is that the whiff of forgery, while dangerous to the reputations of the experts who were fooled, is catnip for the public. While 20 forgeries in a single show is a bit much, perhaps every exhibition should hide a single forgery within it, for the fun of trying to spot it—and the mental exercise in doing so.

Dr Noah Charney is a professor of art history and best-selling author, based in Slovenia. Read his full bio here. 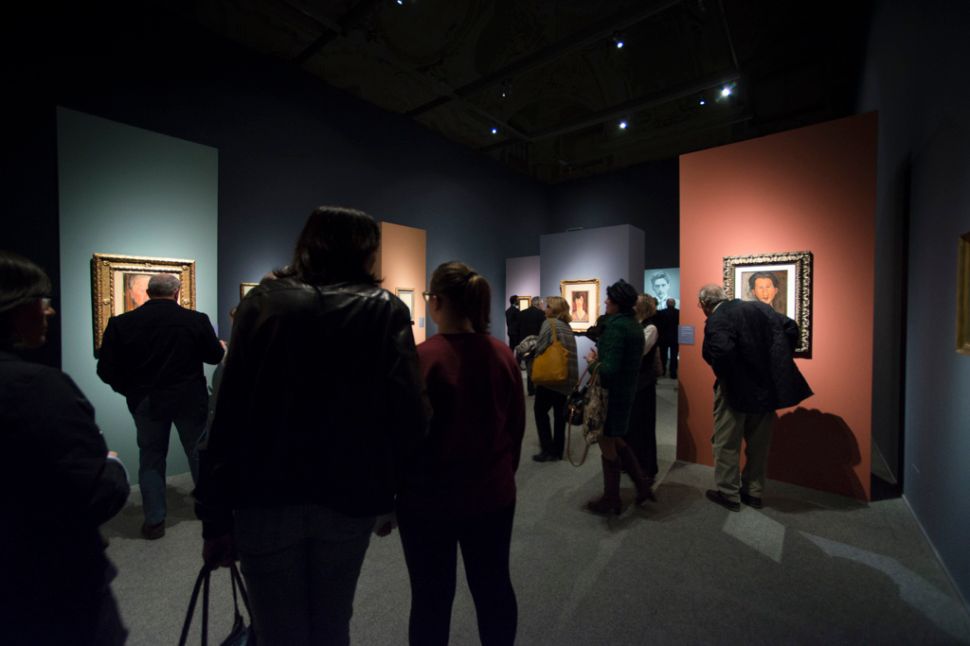