The law applies to both private and public organizations, and will require employers with more than 25 workers to obtain a government certificate of equal-pay policies after proving pay parity. Companies that fail to comply with the rules will face fines.

“It’s a mechanism to ensure women and men are being paid equally,” Dagny Osk Aradottir Pind, a board member of the Icelandic Women’s Rights Association, told Al Jazeera.

The bill was introduced in April 2017 and was supported by a parliament where half of the members are women.

Iceland is the most gender-equal country in the world. On the World Economic Forum’s 2017 Global Gender Gap Index, Iceland ranks first among 144 countries, followed by Norway, Finland and Sweden. The U.S. ranks No.49.

Iceland’s fix to gender pay inequality seems straightforward and simple, but experts say it’s not an easy idea for the U.S. to borrow.

“The Iceland approach requires a great deal of intervention of government into private companies. I don’t think that is feasible in the U.S. under current administration,” Chandra Childers, a senior research scientist at the Institute for Women’s Policy Research (IWPR), told Observer.

“At a minimum level, we would need to have some national legislation in place that could be enforced through a federal agency. At this time, that seems highly unlikely,” she continued.

In early 2016, The U.S. Equal Employment Opportunity Commission (EEOC), a federal agency, proposed to collect pay data from organizations, including private companies, with more than 100 employees, in an effort to combat workplace discrimination. Childers said the initiative was halted when the Trump administration took office.

The EEOC now only collects wage data from federal contractors. Salary data at non-government organizations are collected through voluntary submissions or nonprofit surveys.

On average, women in the U.S. earn 19.5 percent less than men for the same job, according to 2016 data from IWPR. Women in minority groups face a wider pay gap.

In comparison, Iceland has a gender pay gap of 17 percent. On paper, the U.S. doesn’t seem that far behind the world’s most gender-equal country. However, the process of narrowing the pay gap in the U.S. has been slow. The gender pay gap improved by a meager 0.5 percent in 2016 from 2015. Based on the current pace, IWPR projects that women in the U.S. won’t reach pay equality until 2059. What’s worse, Black women will have to wait 2124, and Hispanic women will wait until 2233, to be paid equally. 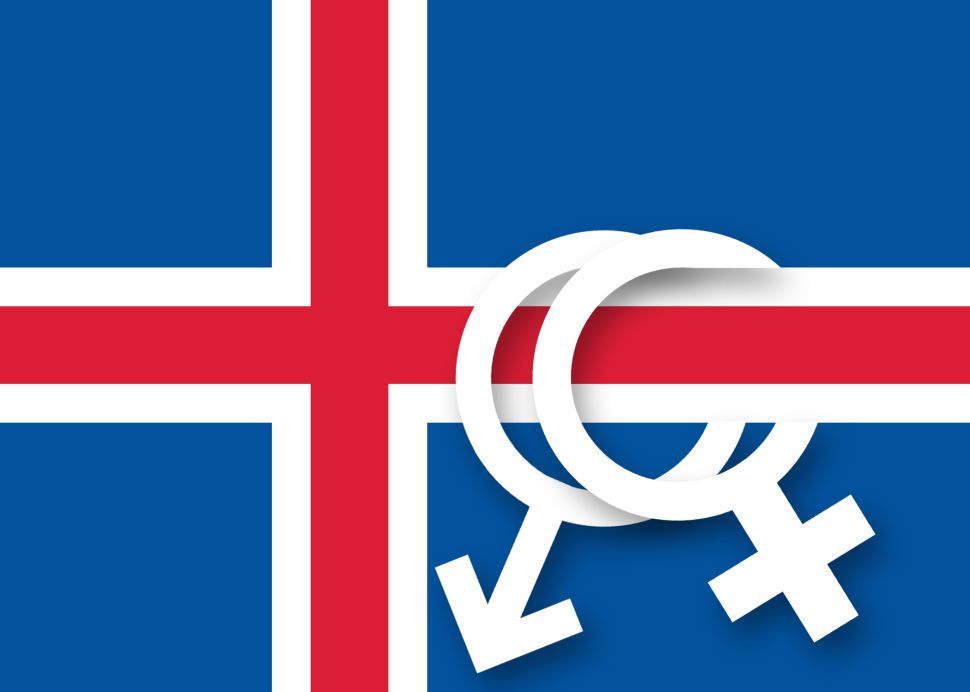