A wave of protests across Iran, which have so far have claimed 21 lives in confrontations, spread to dozens of cities this week after six days of what some observers of the Mid-East nation have called extraordinary in nature.

But a general on Wednesday claimed the protests were suddenly over—something that should be taken with a grain of salt considering the regime wants to project an image of control.

“The enemies should know that threats against Iran’s defense and security no longer work,” Jafari said.

Protests are not new in Iran and have been tolerated on a much higher level than ever before in Iran’s history under the leadership of President Hassan Rouhani, who was elected to office in August 2013. He is considered to be something of a centrist in the context of Iranian politics, according to UCLA assistant professor Kevan Harris, whose area of expertise lies in the country’s politics, economics and society.

“Over the last four years there’s more tolerance by the government for voicing dissatisfaction,” Harris, who has lived in Iran more than once and was monitoring the evolving situation through friends on the ground, told Observer on Tuesday. “But the scale is really unbelievable this time. So far there are more than 60 cities where at least one protest event has been documented.”

Harris was comparing the newest unrest by the Iranian citizenry to that of August 2009, immediately following presidential elections at the time. In 2009, which was also marked by violence that left 36 dead, the protests were almost exclusively in Tehran, whereas the recent uprising is seen throughout the country’s provinces, not just in the capital.

In 2009 the protests—sometimes called the “Persian Awakening” or the “Green Revolution”—were highly organized and done so through social media. This time around, the protests are “leaderless, unorganized and spread through smaller cities. Imagine if Dayton had a protest and you get the idea,” Harris said. “Still, they’re working and it’s pretty impressive.”

The mass roundups and detentions of political opposition figures, journalists and protesters that markedly characterized the 2009 uprising aren’t prevalent in the countrywide protests now. And government forces opened fire on crowds in Tehran then but not now.

The economic growth so often touted by the government in Tehran is not being felt by the average Iranian citizen, according to both Harris and Anthony H. Cordesman, the Arleigh A. Burke Chair at the Center for Strategic and International Studies, a Washington-based bipartisan policy research organization.

“There are hard data showing that the vast majority of Iranians have suffered in very practical ways from the mismanagement of Iran’s economy since the time of the Shah, and from the costs of the regime’s wars and adventures,” Cordesman said in his report on Tuesday. “This may do much to explain why the protests have not been concentrated in Tehran, but have spread throughout the country… Rouhani’s election in 2003 did lead to some important economic reforms in spite of the imposition of U.S., UN, and EU sanctions, and recent CIA, World Bank estimates have tended to be somewhat more optimistic about Iran’s near-term economic future—although many of the growth estimates in late 2016 and early 2017 have had to be lower in the course of 2017 and the earlier IMF growth projections for 2018-2022 now seem substantially over-optimistic.”

Harris also noted Iranians are aware of governmental corruption, inequality and injustice, which are some of the issues behind this most recent spate of unrest, and backed Cordesman’s citation that the protests are stronger in the provinces than in Tehran. Unlike the 2009 protests, those participating this time are more working class and are disgruntled that the partial lifting of sanctions following the 2015 Nuclear Deal with the U.S. haven’t been spread equally among the general population.

President Donald Trump on Wednesday claimed that the protesters would see “great support” from the U.S. That remains to be seen. He was against the nuclear pact and criticized Obama then and now for it.

Despite this, Trump should push a positive American stance through the United Nations, promoting free speech by the Iranian government. Stirring the pot with a nuclear weapons-capable regime won’t do any good. Diplomacy with Iran is the best policy, not bombastic rhetoric, as is the case with Trump’s tough talk with Kim Jung-un in North Korea.

There’s a lot more at stake with Iran, and fostering a civil tone will go a lot farther than beating the war drums. 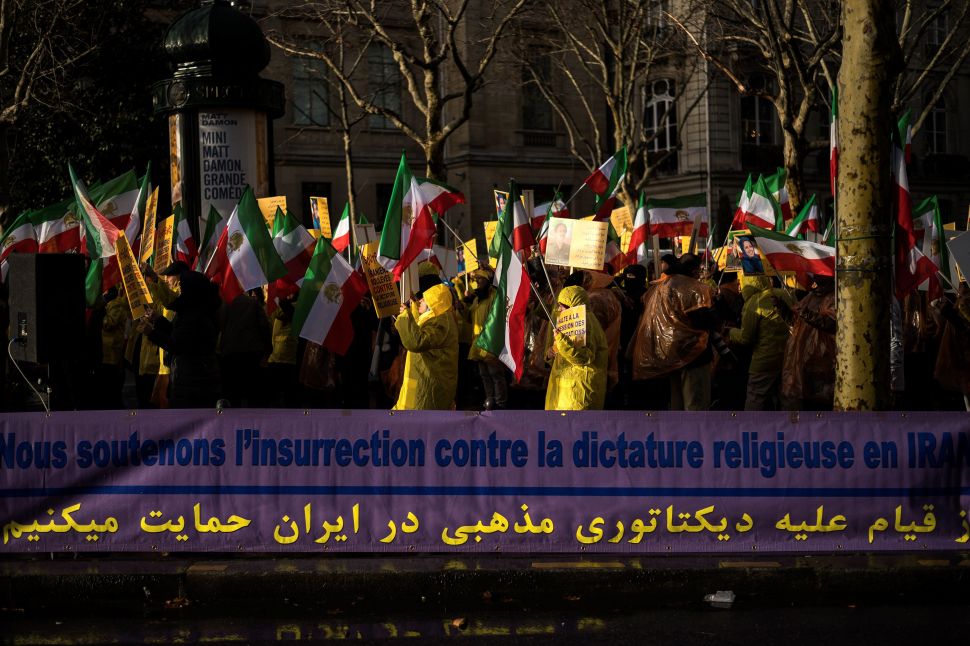