Another male Hollywood star is being accused of sexual misconduct by multiple women.

The Los Angeles Times is reporting that five separate women are alleging inappropriate sexual behavior at the hands of Franco. The Hollywood heavyweight has currently been making the awards show rounds for his critically acclaimed The Disaster Artist from A24 Films, a role that many believed would garner him a Best Actor nomination at this year’s Oscars. However, these latest reports paint the artist in a completely different light.

According to the outlet, four of the women stepping forward with allegations were his acting students and another described Franco as her mentor.

Tither-Kaplan told The Times that she found Franco’s behavior to be inappropriate and exploitative. A common theme among the accusers’ stories was the belief that Franco would help their careers if they agreed to his wishes.

“I feel there was an abuse of power, and there was a culture of exploiting non-celebrity women, and a culture of women being replaceable,” Tither-Kaplan told the outlet.

On Tuesday night, Franco denied any wrongdoing while appearing on The Late Show With Stephen Colbert.

“Look, in my life I pride myself on taking responsibility for things that I have done,” he told Colbert. “I have to do that to maintain my well being. The things that I heard that were on Twitter are not accurate. But I completely support people coming out and being able to have a voice because they didn’t have a voice for so long. So I don’t want to shut them down in any way.”

“If I have done something wrong,” he added, “I will fix it—I have to.”

Representatives for Franco have not yet responded to Observer’s request for comment nor has A24 Films.

This is not the first time Franco, 39, has been tied to a story of inappropriate behavior.

In 2014, he began an exchange on Instagram with a 17-year-old British girl he’d met in New York. After asking if she had a boyfriend and whether or not she was 18, Franco proceeded to ask her the name of her hotel and if she rented a room there, despite learning that she was under 18.

Once the interaction went public, Franco appeared on ABC’s Live! With Kelly and Michael to apologize.

“I’m embarrassed, and I guess I’m just a model of how social media is tricky,” he said. “I used bad judgment and I learned my lesson.”

These latest accusations come at a time when Franco seemed to cement his status as a content producer of substance with The Disaster Artist, rather than in ineffable artist. Representatives for Seth Rogen, a frequent collaborator, close friend and co-star of The Disaster Artist, have also not yet responded to Observer’s request for comment.

Franco’s successful 2017 also included his well-received dual roles in HBO’s The Deuce. It does not appear as if he generated any controversy while working on the project.

“We have verified that no complaints about Mr. Franco have come in on The Deuce production,” HBO told Observer.

Some of the alleged incidents occurred when Franco taught at Playhouse West in North Hollywood. Two former students told the outlet that he put female student in “uncomfortable situations beyond the normal parameters of acting class.” This included filming at a strip club and requesting that actresses take their shirts off and then growing angry when they refused.

Franco also taught classes at his Studio 4, where many gave positive accounts to the L.A. Times, though some were left wanting. Katie Ryan, a former student, told the outlet that Franco “would always make everybody think there were possible roles on the table if we were to perform sexual acts or take off our shirts.”

Franco’s legal team has consistently denied the allegations against him. 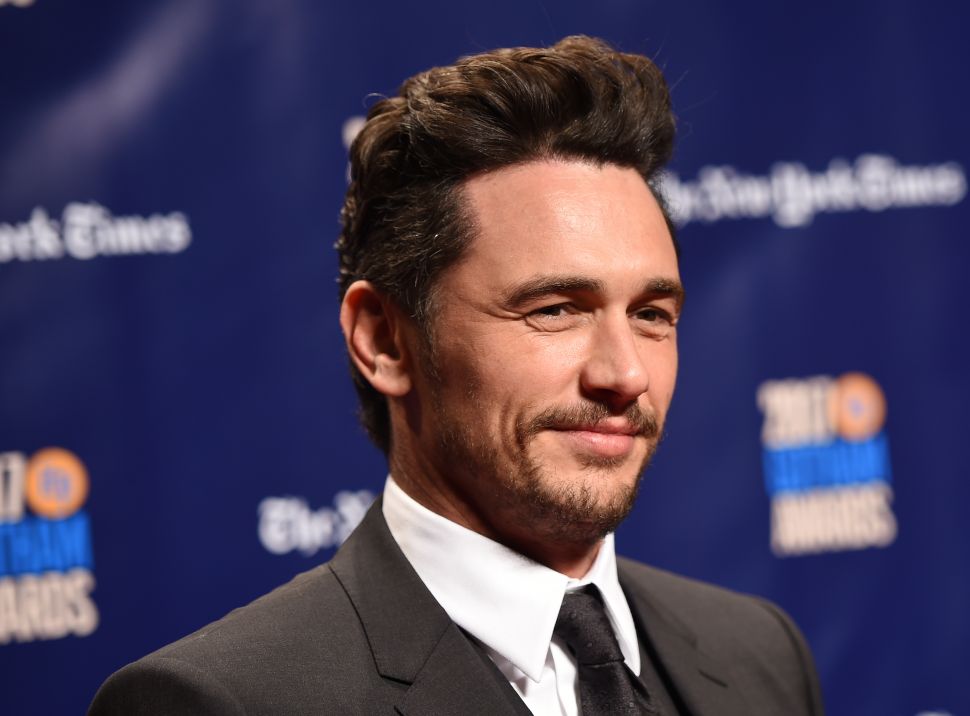