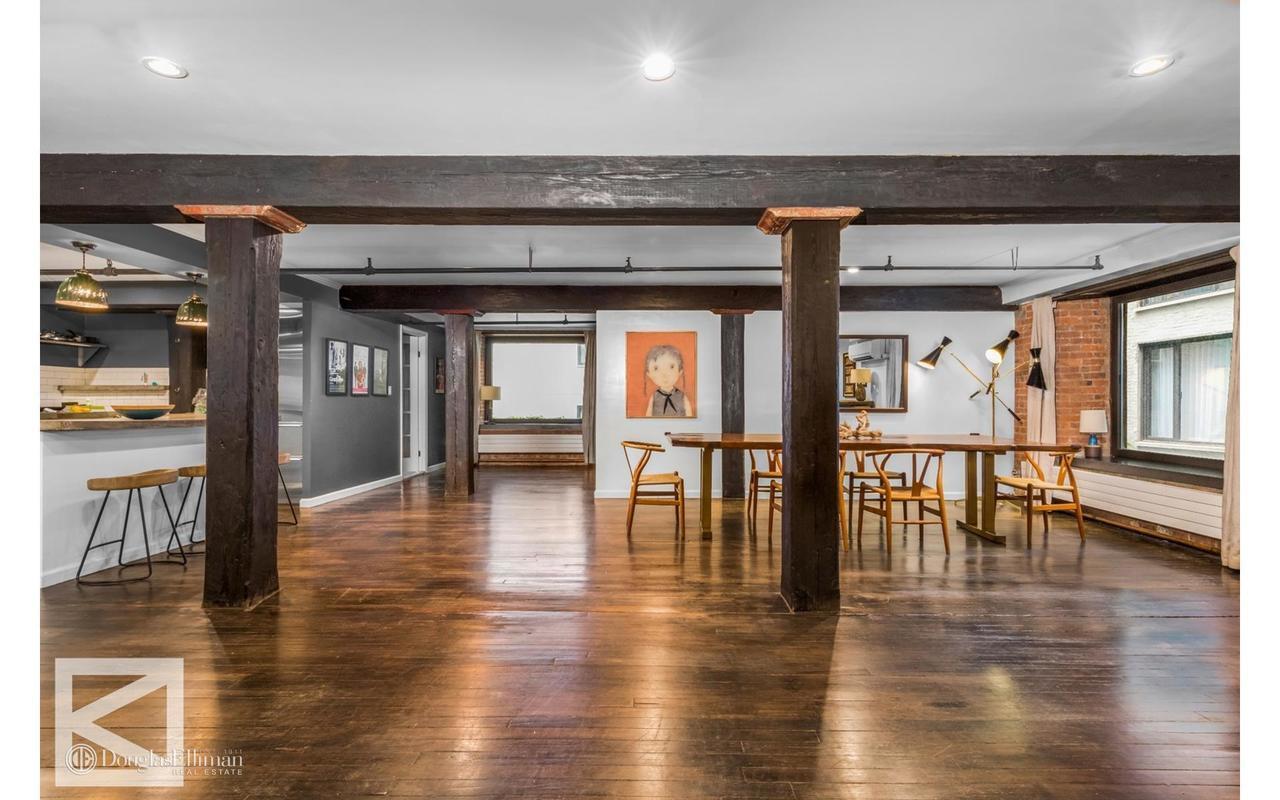 Jason Biggs and Jenny Mollen sold their Tribeca loft. Click through to peek inside.
Douglas Elliman 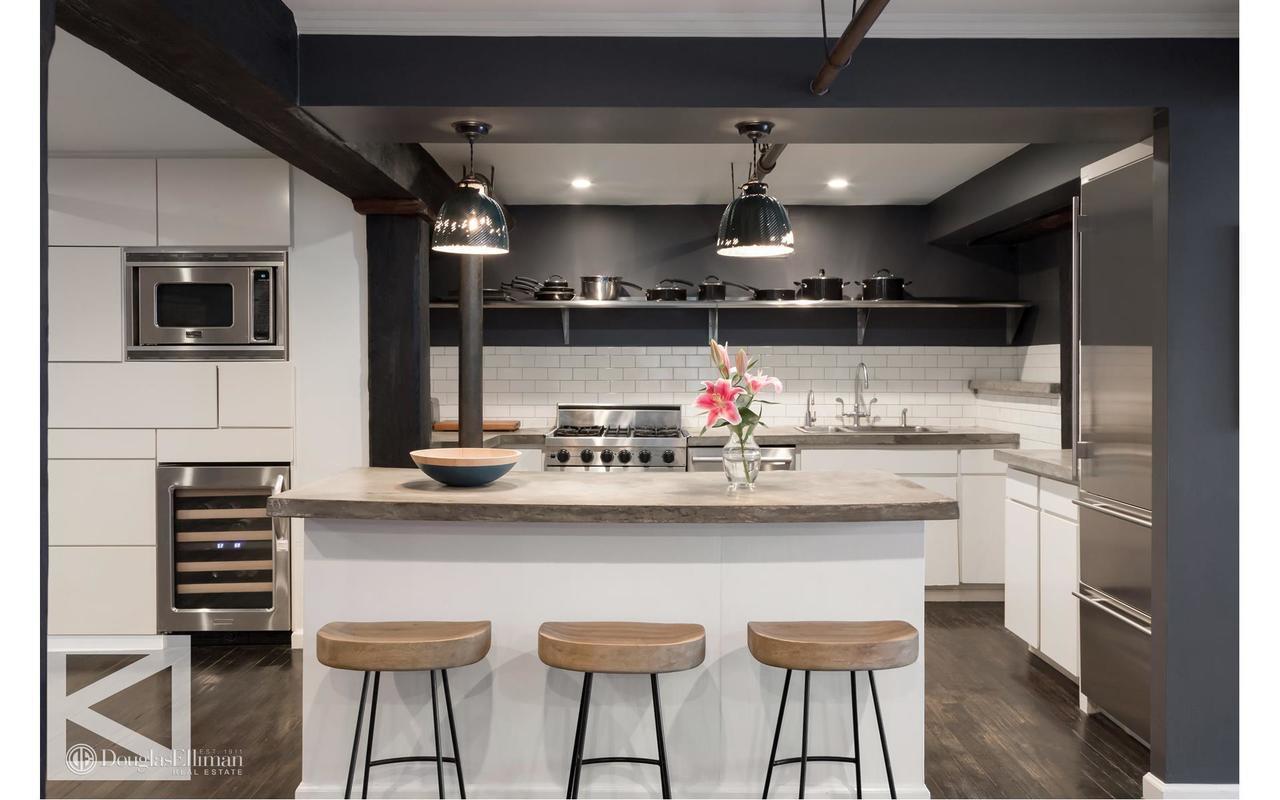 The kitchen opens to the entertaining space.
Douglas Elliman 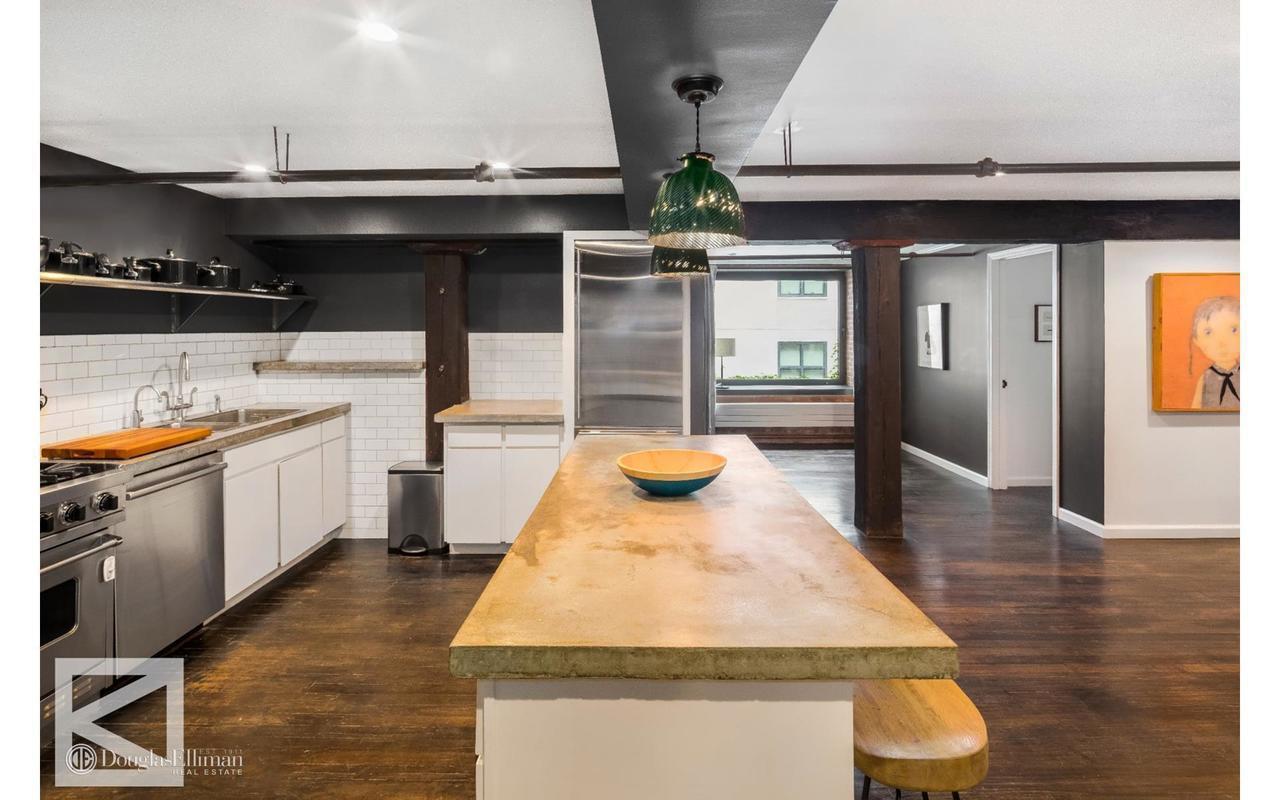 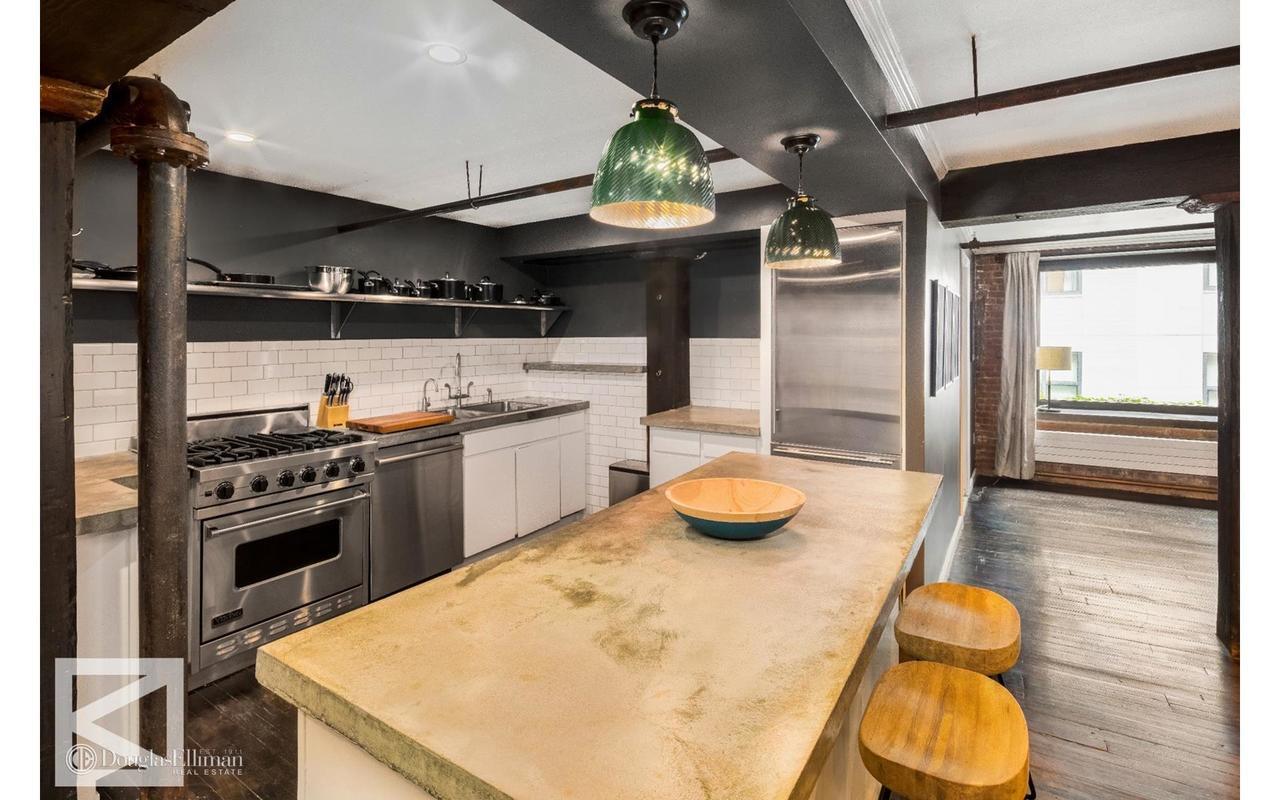 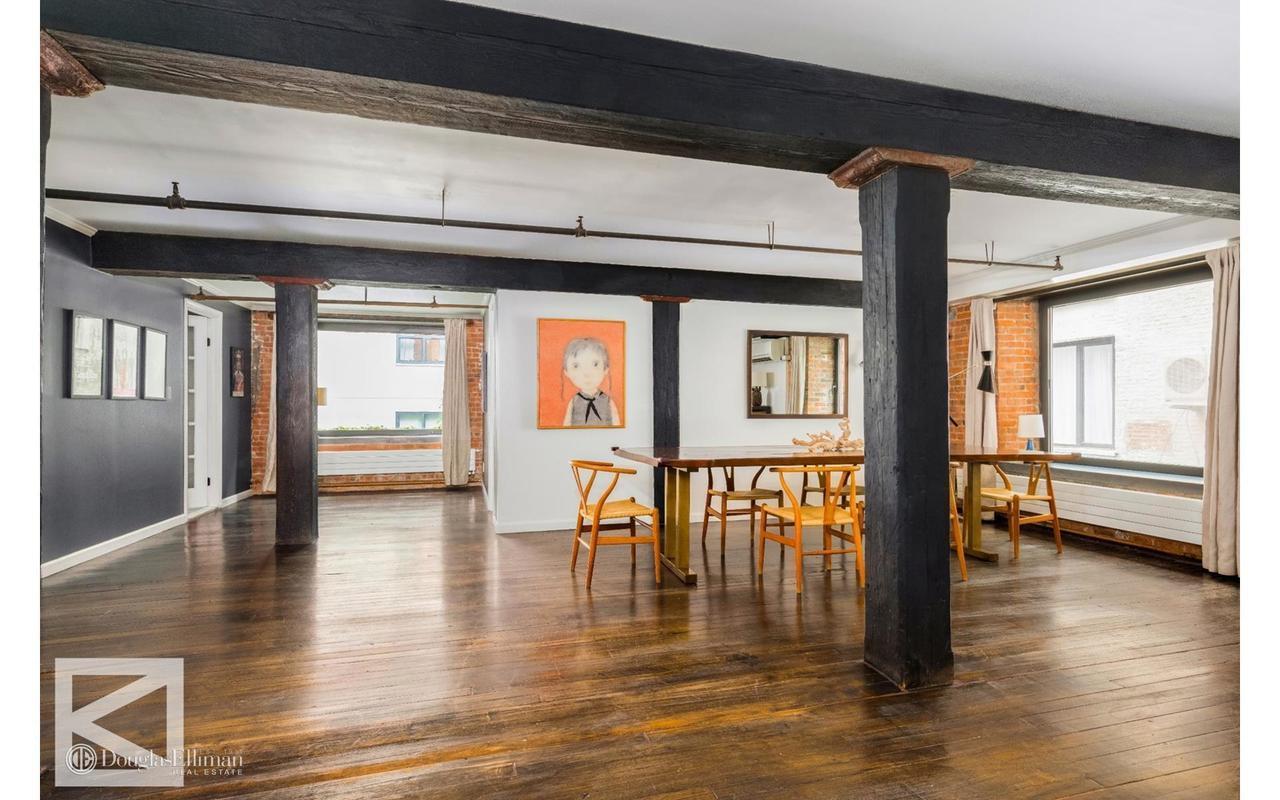 This loft is located on West Street.
Douglas Elliman 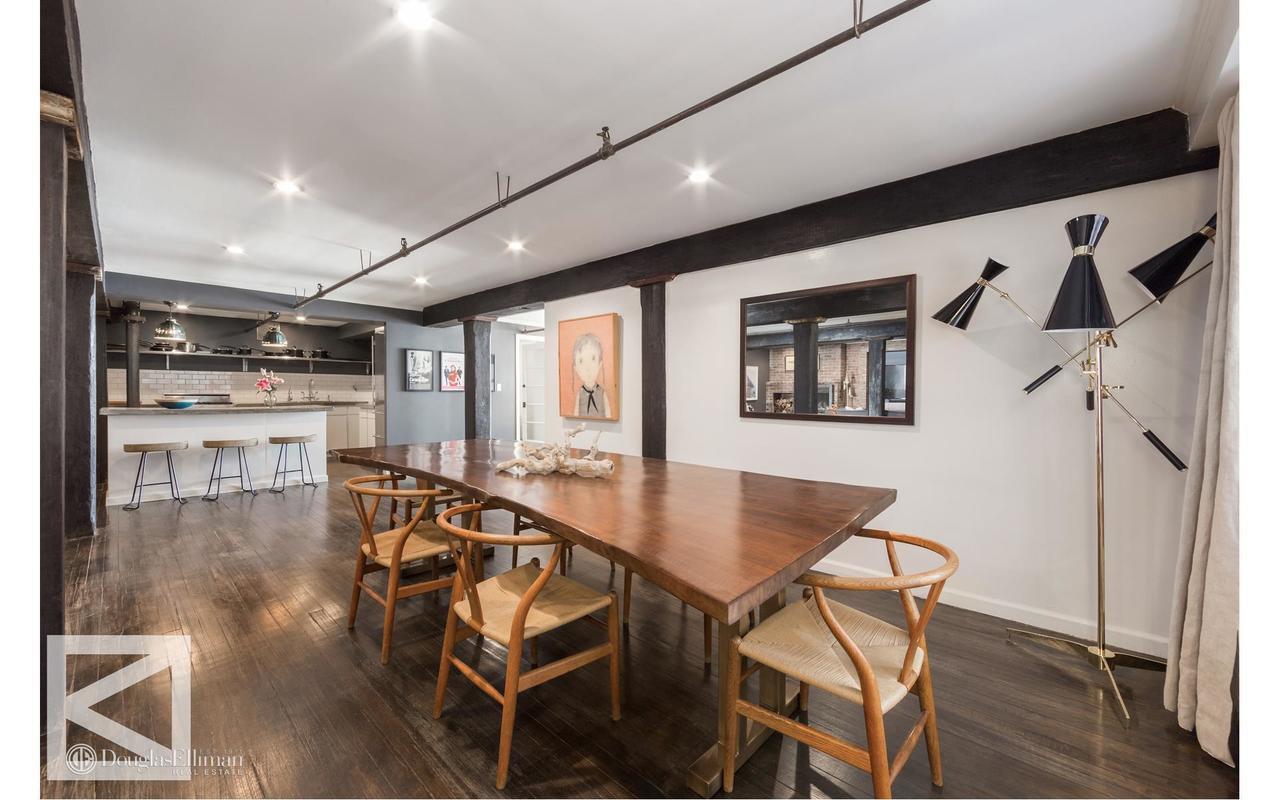 It sold for $2.66 million.
Douglas Elliman 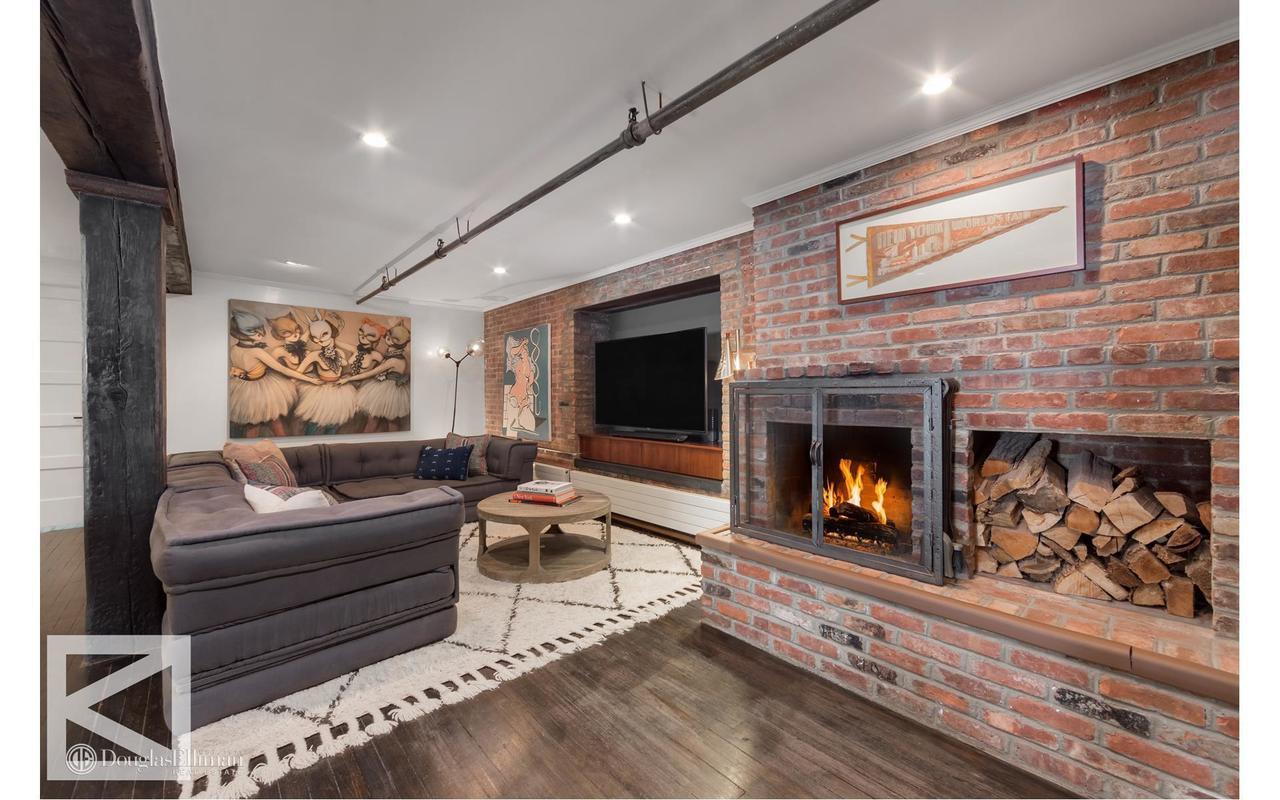 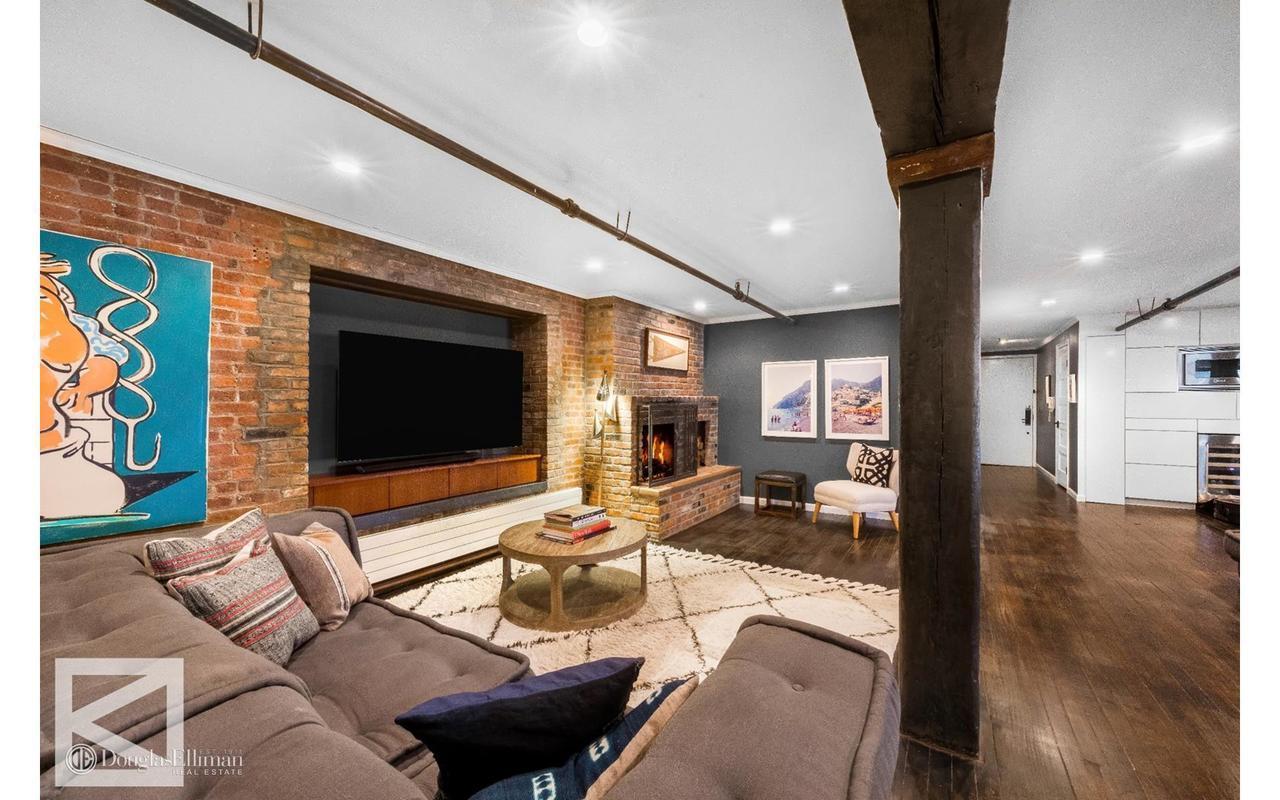 There's a fireplace in the living room.
Douglas Elliman 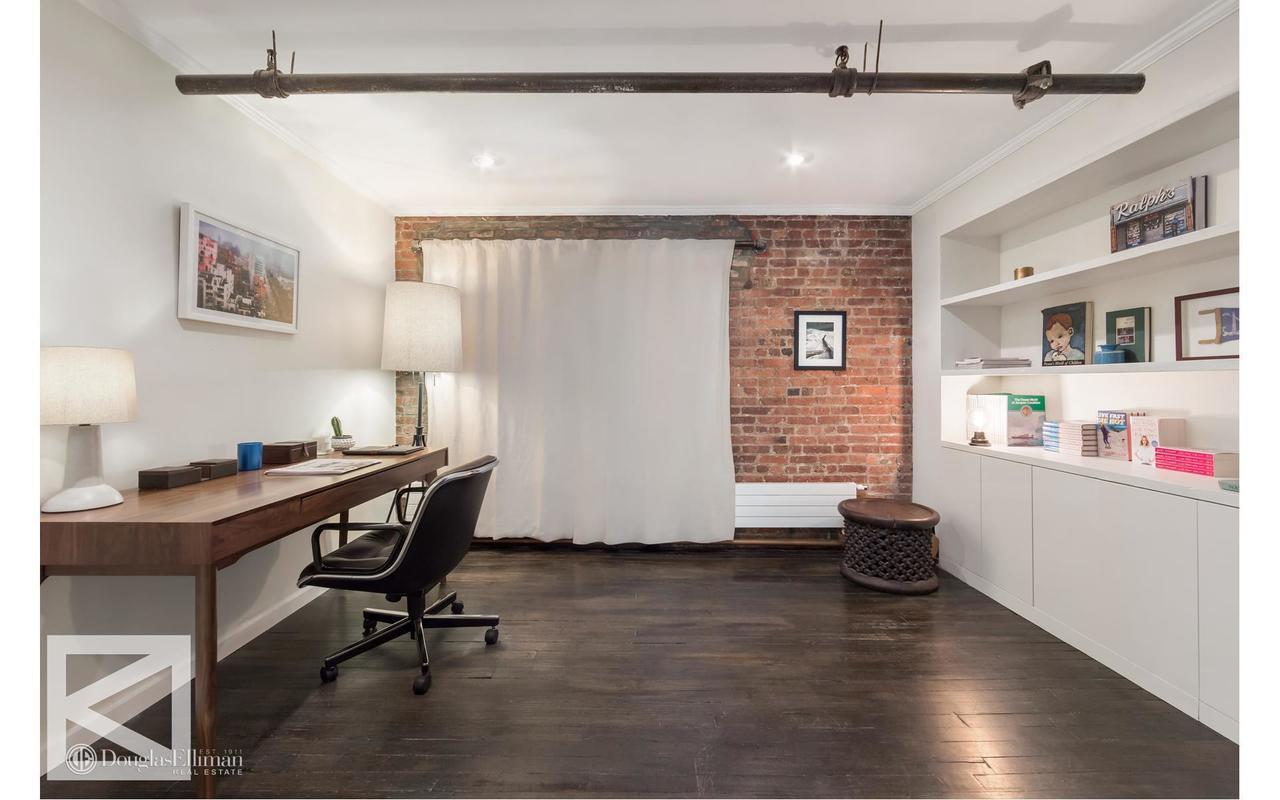 They're moving to the West Village.
Douglas Elliman 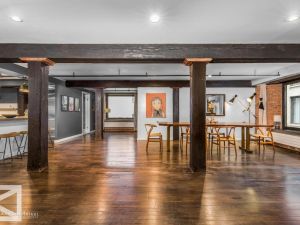 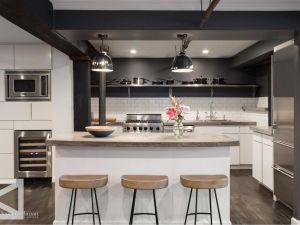 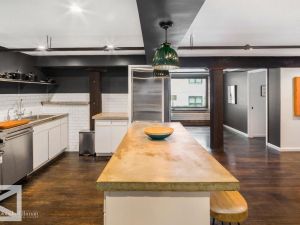 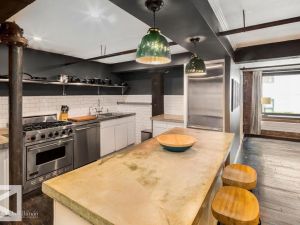 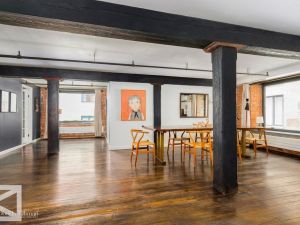 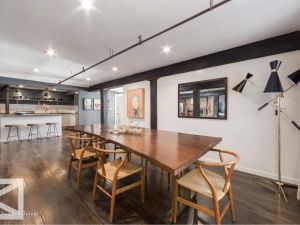 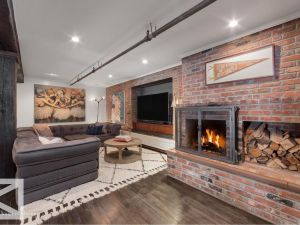 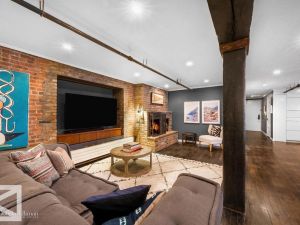 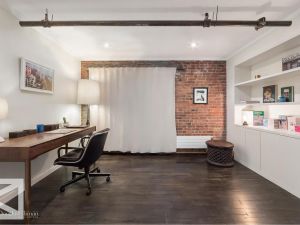 Jason Biggs and Jenny Mollen are moving on from Tribeca. The couple, who welcomed their second child last October, officially sold their loft on West Street, and they actually made a touch more than they expected.

Biggs and Mollen bought the apartment for $2.55 million in October 2013 and enlisted designer Cliff Fong to decorate the space.

There’s plenty of exposed brick, of course, because this is a downtown loft, and seven oversized windows. There are original timber beams and columns, as well as a wood-burning fireplace and hardwood oak floors, per the listing shared by Douglas Elliman brokers Maggie Zaharoiu and Frances Katzen, who declined to comment.

A renovated chef’s kitchen features a poured concrete center island, which is open to the entertaining space, in addition to custom cabinetry, Viking and SubZero appliances and a 36-bottle temperature-controlled wine refrigerator. The master suite has a marble stone bathrooms, plus a walk-in closet.

The couple is leaving Tribeca in favor of the West Village—they upgraded to a $6.98 million condo in the Shephard in June 2017. Their new apartment spans 2,932 square feet, with a more kid-friendly layout of four bedrooms and 4.5 bathrooms.

Biggs and Mollen aren’t the only famous faces to have bought (and sold) apartments in the Tribeca building, however—Jennifer Connelly and Paul Bettany once owned the penthouse.