Bronx State Senator Jeff Klein, head of the Independent Democratic Conference, a group of rogue Democrats in a power-sharing agreement with the Senate GOP, has been accused of sexual misconduct by a former staffer, who said he forcibly kissed her in 2015, according to a report.

Erica Vladimer, 30, who was employed at the New York State Senate from 2013 to 2015, told the Huffington Post that Klein “shoved his tongue” down her throat at a bar and that she stopped working for him a month after the alleged incident occurred.

“The fact that there was an environment that could make me doubt the self-confidence that I worked so hard to have—that I got from the strong women in my life—made me feel like it wasn’t the place for me, and that maybe government wasn’t for me,” she told the Huffington Post, which first reported the allegations on Wednesday afternoon.

After the state budget was passed, she and other IDC staff members, including Klein and Staten Island State Senator Diane Savino—who were reportedly a couple at the time—went to Justin’s, which is now Savoy Taproom, in Albany, the Huffington Post reported. Vladimer said she and Klein did not usually interact.

After the two went outside the bar to smoke a cigarette, Vladimer told the Huffington Post, Klein looked over her shoulder, grabbed her head and “shoved his tongue down my throat.”

She said she pulled away and told Klein, “absolutely not,” but he tried to act as if he had not done anything wrong, according to the Huffington Post. Vladimer said she went back inside the bar and was shaken and worried that Savino had seen them.

At 4 p.m.—before the Huffington Post published the story—Klein and Savino held a conference call in which they refuted the accusations. Klein said a Huffington Post reporter had contacted him about a “serious allegation” against him but said no formal complaint was made.

Klein told reporters he was at Justin’s for about an hour and was with Savino, as outlined in a memo containing a preliminary investigation from Klein’s attorney, Mark Zeig, of Loeb & Loeb.

He said he spoke with Vladimer twice that night and that each time, she asked him to come to her family’s house and join them in a Passover Seder, which he declined. He said he subsequently smoked a cigarette, stayed at the bar for about 30 minutes and then finally left the bar with Savino.

“Nobody there that night saw anything inappropriate happen because nothing did,” Klein said. “Those are the facts. I just want to make it very clear to everyone that I have nothing to hide and welcome any investigation into the facts of the matter.”

The memo also claims that before the alleged incident, Vladimer had asked co-workers for employment recommendations and told senior staff she accepted another position in mid-April.

Savino noted the big window at the front of the bar would allow people to see outside clearly and would have acted in response if the incident had occurred.

“We just wanna get this out there clearly that this never occurred, but we are prepared to answer any and all questions, and Senator Klein has no concerns about submitting himself to any investigation in any form at any time to clear his name and set the record straight,” she said.

The Senate GOP will maintain its majority in the Senate during budget talks because Brooklyn State Senator Simcha Felder, a conservative Democrat, will continue to caucus with them.

Jessica Ramos, who formerly served as director of community and ethnic media for Mayor Bill de Blasio, who is challenging Queens State Senator Jose Peralta, an IDC member, called on Peralta to “end his defection.”

“If Senator Peralta wants to be counted as a Democrat, he must stand up for victims of sexual assault and refuse to be a part of a conference led by a sexual predator,” Ramos said in a statement. “The #MeToo Movement is inspiring women across the country to speak out against sexual misconduct, and I stand in solidarity with their bravery and truth. We deserve to trust our elected leaders with our voice and our safety.”

In a statement, Peralta said he has fought to combat violence against women, human trafficking and sexual harassment.

“As a father, a husband and a son, I have fought to protect women throughout my entire life and will continue to do so,” he said. “It is shameful that anyone tries to attempt and use this to promote their candidacy.”

“We understand this is an important moment in our history, and we want to continue to encourage women to come forward,” they said. “However, we know Jeff Klein, and the allegations would be completely out of character for him.”

“The manner in which the Independent Democratic Conference has started to impugn Erica Vladimer does not the give the impression that Albany is a place women will receive justice, individually or collectively,” the group said in a statement. “True Blue NY stands with Ms. Vladimer, who has bravely come forward against this powerful man to share her story.” 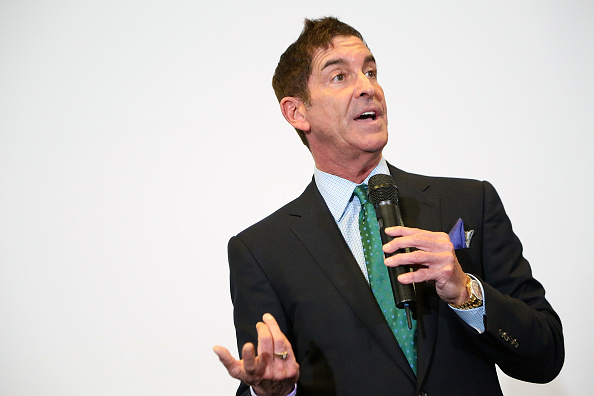