“I have a lot to offer. I’m a big supporter of President Trump,” Arpaio told the publication. “I’m going to have to work hard; you don’t take anything for granted. But I would not being doing this if I thought that I could not win. I’m not here to get my name in the paper, I get that everyday, anyway.”

Arpaio made a name for himself as “America’s Toughest Sheriff” through targeting immigrant communities in Arizona. His 24-year tenure as a sheriff in Maricopa County, Ariz. brought droves of controversy, most notably over his construction of an open-air “tent city” prison that he once referred to as a concentration camp.

Though many groups brought class-action lawsuits against the former sheriff for discrimination and misappropriating state funds, in July of last year, a federal judge found Apaio guilty of criminal contempt in a racial-profiling case.

A supporter of the birther movement— the conspiracy theory spearheaded by President Donald Trump claiming former President Barack Obama was born in Kenya—Arpaoi stumped for Trump during the 2016 presidential election. 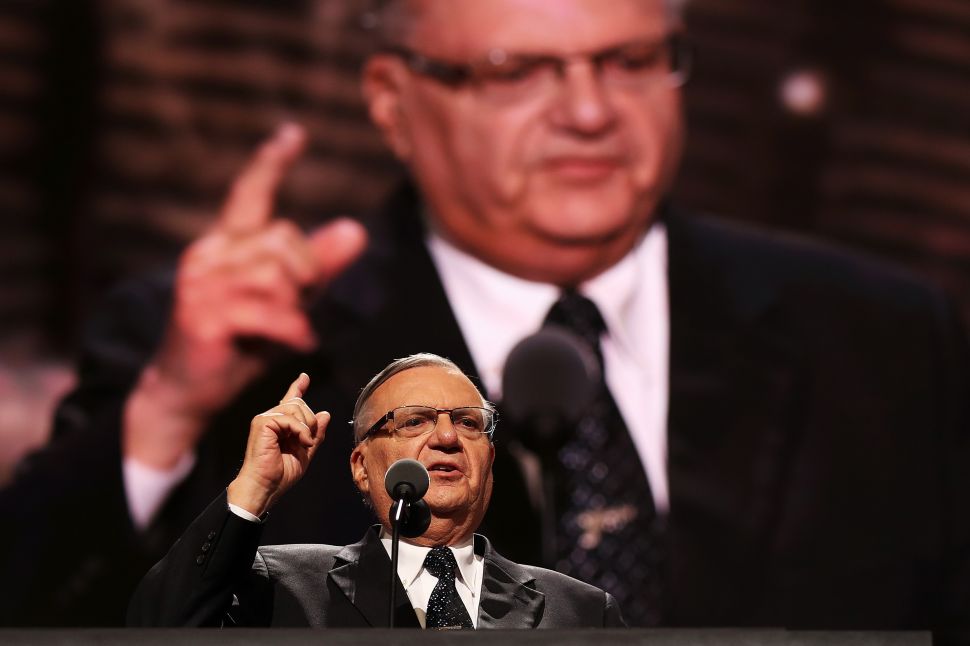