Metropolitan Transportation Authority (MTA) Chairman Joe Lhota denied that the MTA sought to drive up the number of power-related subway delays in an effort to blame Con Edison for subway problems—and insisted the quality of the electricity has improved since the agency and Con Edison started working together.

Senior subways performance analyst Kyle Kirschling told the Daily News that there were only roughly 8,000 delays related to power problems.

Cuomo told reporters on Sunday that the MTA came up with the numbers and that he believes the agency when its says “they’re accurate.”

During the MTA’s monthly board meeting on Monday morning, Lhota said the agency tracks signal, escalator and elevator issues. A key concern, he explained, is that the electricity coming from Con Edison has varied.

“We’ve had surges, we’ve had lows,” he said. “And the request was made to take all of the power-related issues, all of the individual buckets that we do have information on and put them together and just call them power-related without making the distinction between what’s a transformer failure, what’s a blown fuse, what’s an elevator, what’s an escalator.”

He maintained that the MTA was not looking to drive up the number of subway delays.

“Within a signal, there are various, different parts of the signal system,” Lhota continued. “It was all put together for the purposes of a press conference and was in no way, shape or form, as described in the newspapers as being something to run the number up. All it was was additive. And so we do look at that. If you want us to add up all of these distinctions together, we can. I’m not sure it’s valuable, but we can do it.”

Former City Planning Commission Chairman Carl Weisbrod, an MTA board member nominated by Mayor Bill de Blasio, said that if some of the power-related delays are the cause of train delays, they should be put into a separate category.

In response, Lhota said he prefers to break it down into the “granular nature,” pointing to what exactly caused the delay and whether it was directly related to the signal, the track or the subway car’s equipment.

He argued the MTA can address what it is able to control and that it cannot control the electricity that is coming in.

The MTA chairman added that his objective is to get to the heart of the problem.

“It’s value from a point of view as to what resources we can use within the Transit Authority to address and attack that problem is gonna be different based on whether it’s a signal or a track or a car or , which might cause a power-related issue,” he continued. “Look, there are multiple things. I would rather go to the root cause of a problem and address it that way where we have an opportunity to make a difference.”

Weisbrod took issue with the explanation.

But Lhota maintained his position.

“The signal may be out because there was a surge and the surge trips any one of our signals, a surge or a decline in the quality that’s coming in,” he responded. “But that’s a signal-related issue, and we are working with Con Ed on the quality and their quality, since we’ve started working jointly together, has gotten immeasurably better.”

New York City Transit President Andy Byford—who has only been on the job for five days—declined to comment on the controversy. He also would not state whether he trusts the data he gets from the MTA.

“It’s too early to form an opinion on that,” he said, according to amNewYork’s Vincent Barone.

Allan Drury, a spokesman for Con Edison, told Observer it is working on the issue.

“We have been working closely with the transit system to develop equipment improvements that will allow signal systems to ride through voltage disturbances without causing service disruptions,” Drury said in an emailed statement. “This is similar to how most buildings do not lose or have an interruption in power when voltage fluctuations occur.”

This comes as the governor, Mayor Bill de Blasio and the state legislature evaluate a congestion pricing proposal unveiled by the Fix NYC panel, which Cuomo formed last year. De Blasio said the plan has improvements compared to previous plans but still believes his proposed millionaires tax to fund subway repairs and half-priced Metrocards for low-income New Yorkers is the best solution.

In July, Lhota unveiled a subway action plan and proposed that the city and the state split the $836 million short-term plan to fix the city’s subway system. Cuomo committed to his half in his fiscal year 2019 executive budget, but de Blasio insists there is already money available in the state budget. 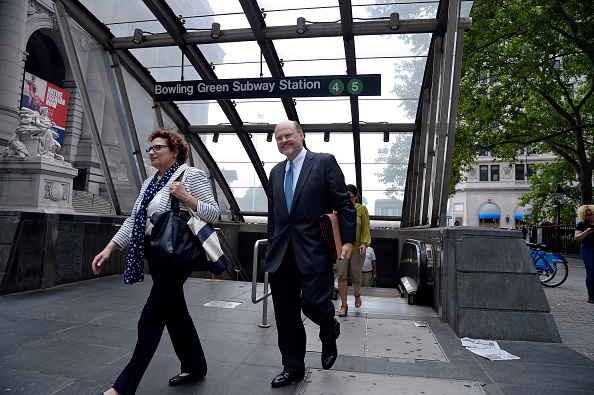