A Mercer County Superior Court judge on Wednesday decided against blocking a Gov. Chris Christie-backed plan to borrow about $380 million through bonds for improvement and building of state facilities, instead opting to refer the matter to the state Appellate Court.

Last week, Assemblyman John Wisniewski (D-Middlesex) filed a lawsuit opposing the plan due to a financing scheme that will pay for the structures—two office buildings in Trenton and a few juvenile correction facilities—through bonds from the state Economic Development Authority. The EDA will then collect rent in order to pay for the projects. Opponents like Wisniewski and Assemblyman Reed Gusciora (D-Mercer) say that the bond sales are unconstitutional because of provisions of New Jersey law that mandate voters approve of debt-creating projects.

“The fundamental issue that is at play here is whether or not an agreement by the state of New Jersey to pay for 30 years of lease payments that goes entirely to pay off debt is the state issuance of a debt,” Wisniewsi, an attorney, told Observer on Wednesday. “The state relies on the fiction that borrowing $400 million is not borrowing as long as you call it a lease.”

Judge Paul Innes on Wednesday decided to transfer the decision to New Jersey’s Appellate Court, but it is not clear when the Appellate Division will take up the case. The bonds are scheduled for sale on Thursday. Wisniewski said that he and his co-plaintiffs hope to get an emergency decision as soon as possible. MaryAnn Spoto, Communications Manager for the NJ Judiciary’s Office, confirmed that an emergent application on the matter had been submitted but said that there was no decision about whether the court would take it up as of press time.

“When you make a request for an emergency stay, they act on it in an emergent fashion,” Wisniewski said of the state Appellate Court. “It is up to them if they want to consider it. If they consider it and if they grant it, the bond sale will be stayed. I can’t say what the Appellate Division will do, but I know that I can ask them to consider.”

Last year, Wisniewski was also opposed to the renovation of the State House in Trenton due to a similar financing scheme rather than a public vote on the state’s decision to take on the debt in order to finance the plan. Christie pushed the State House renovation, which will cost $300 million, through. Wisniewski also sued in that instance, but a judge threw that case out in June because the bond had already been sold.

“I have never said that the State House doesn’t need work, and I am not saying that the juvenile justice projects or offices proposed here aren’t needed,” Wisniewski said. “That is not my issue. My issue is that our constitution says that if you are going to borrow money, you need to get voter approval. When you add up the State House renovation with these projects, you are at three-quarters of a billion dollars. All this money is being borrowed through the Economic Development Authority. That is exactly what the authors of our constitution wanted to prevent, unapproved borrowing.”

The Office of the Attorney General declined to comment. 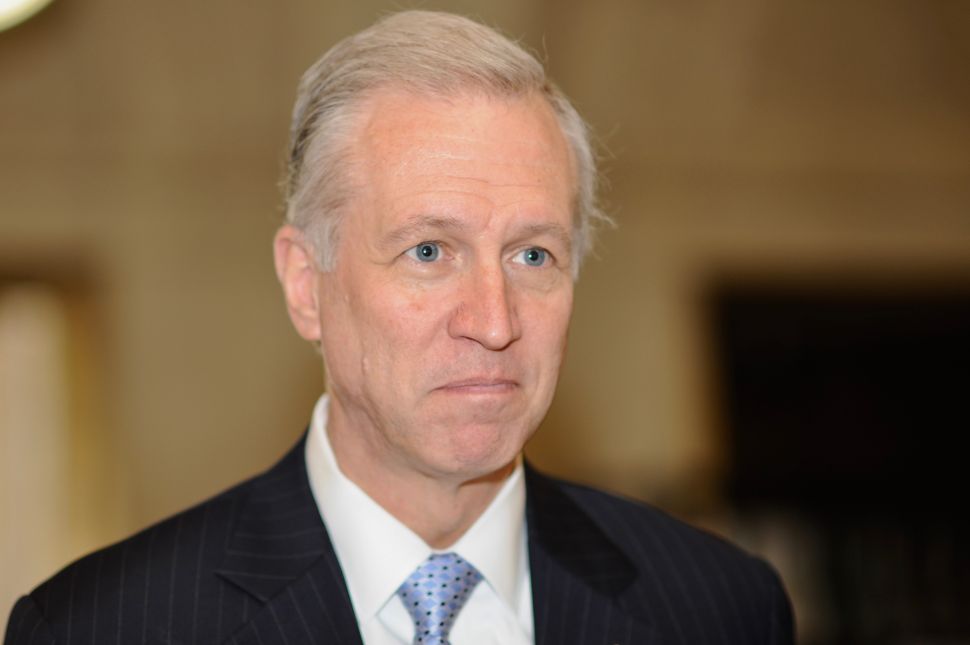