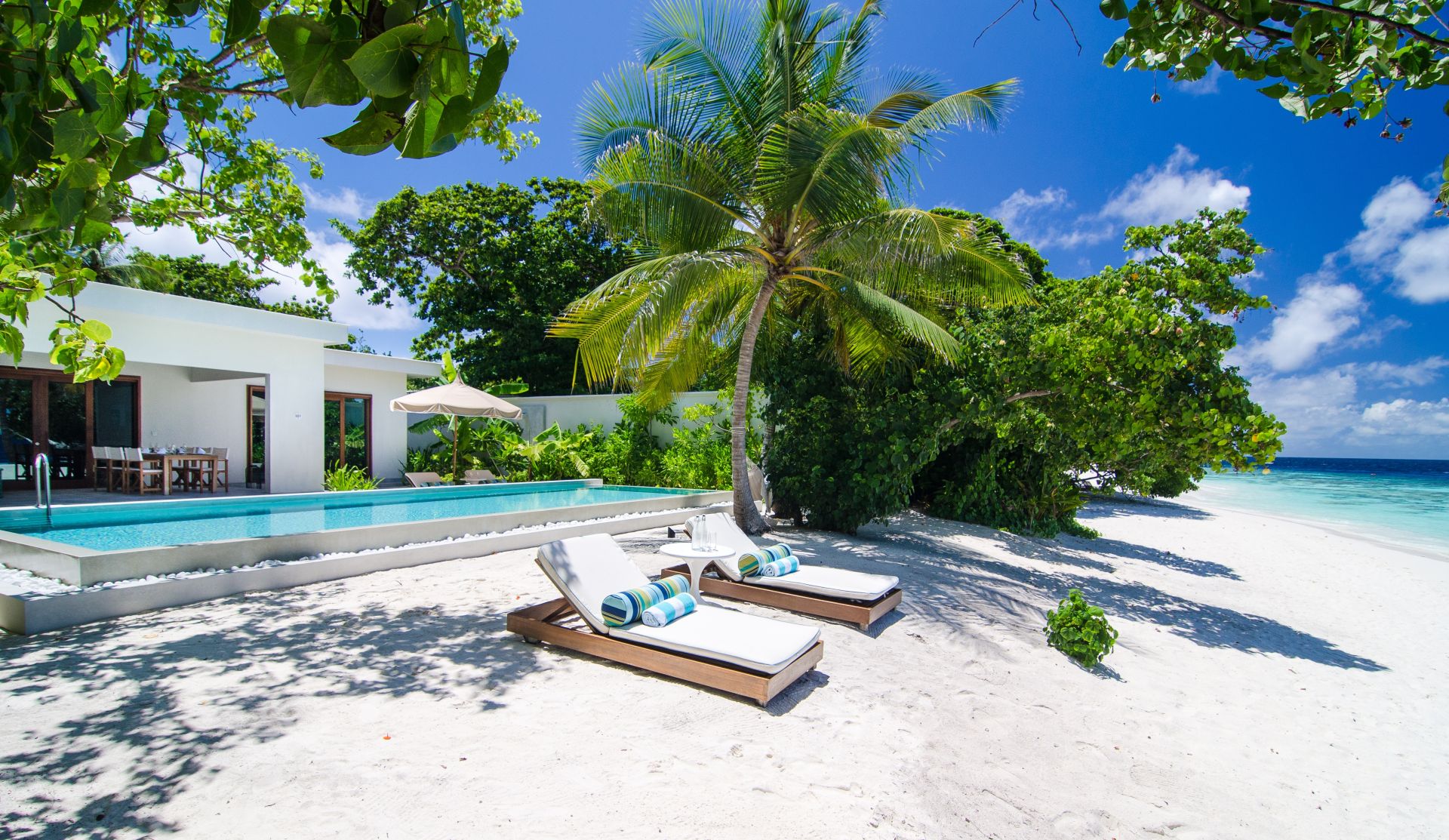 Katy Perry and Orlando Bloom reportedly stayed at Amilla Fushi in the Maldives. Click through to see inside the lavish resort.
Amilla Fushi 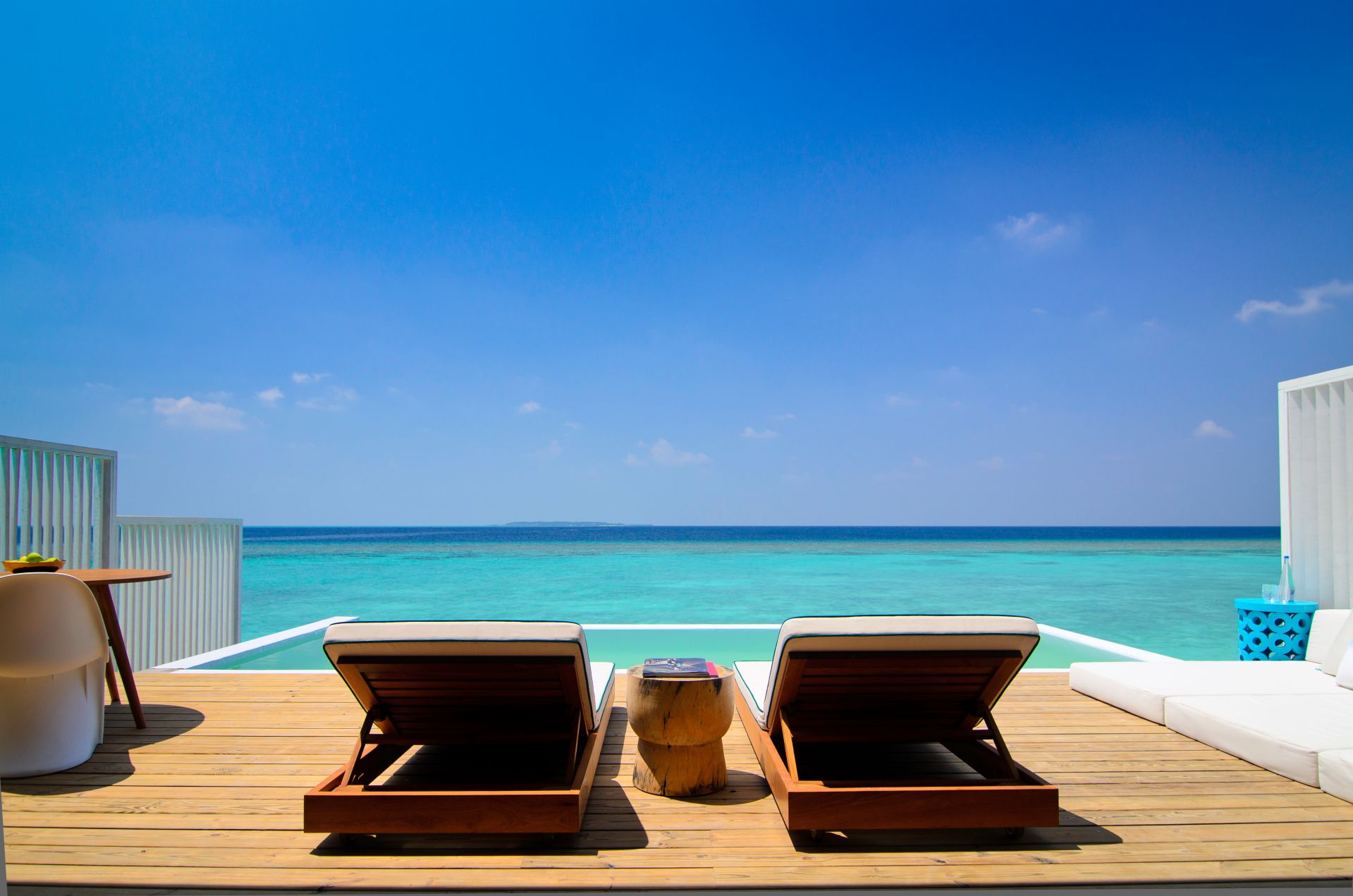 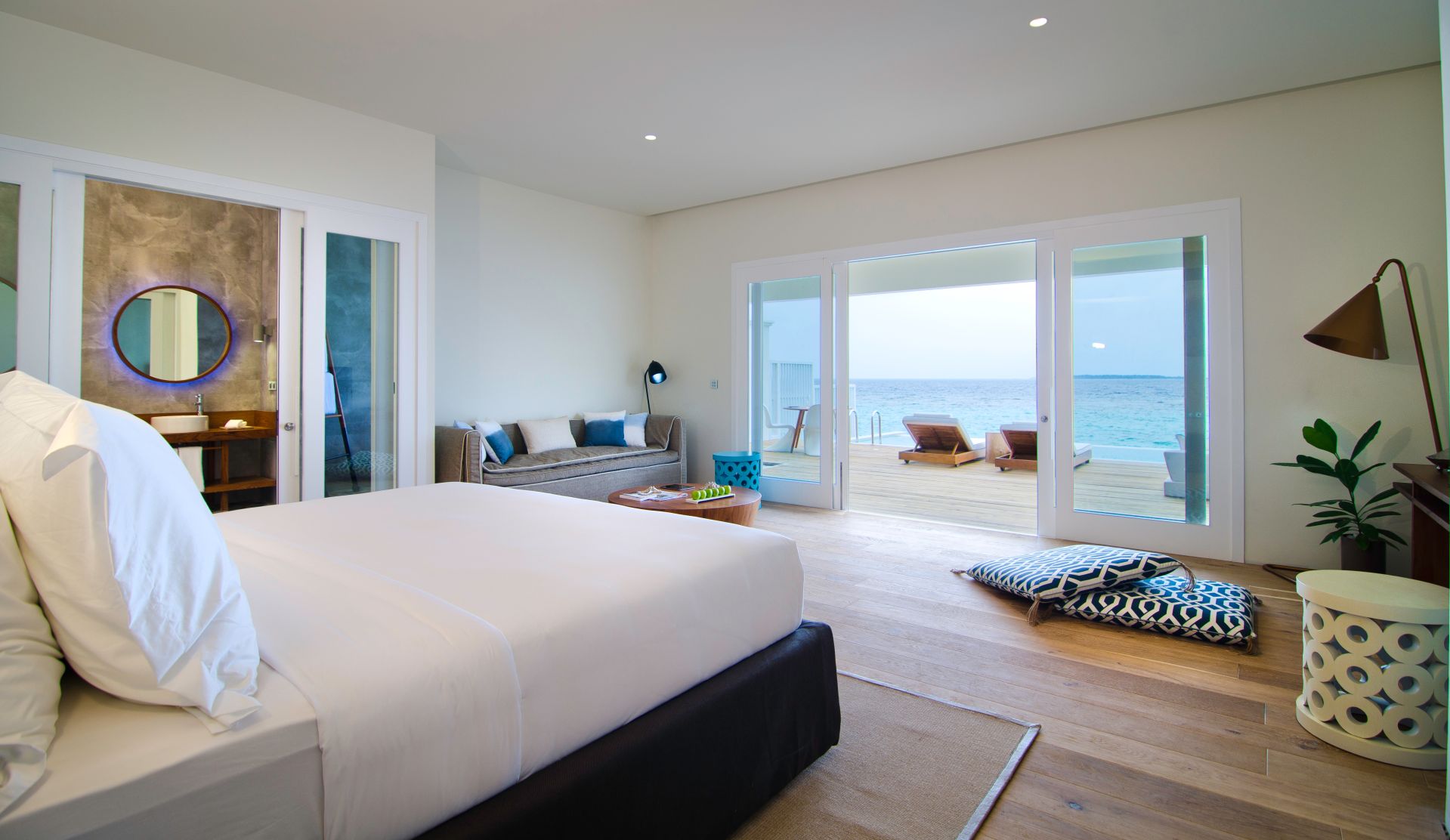 The Lagoon House is right on the water.
Amilla Fushi 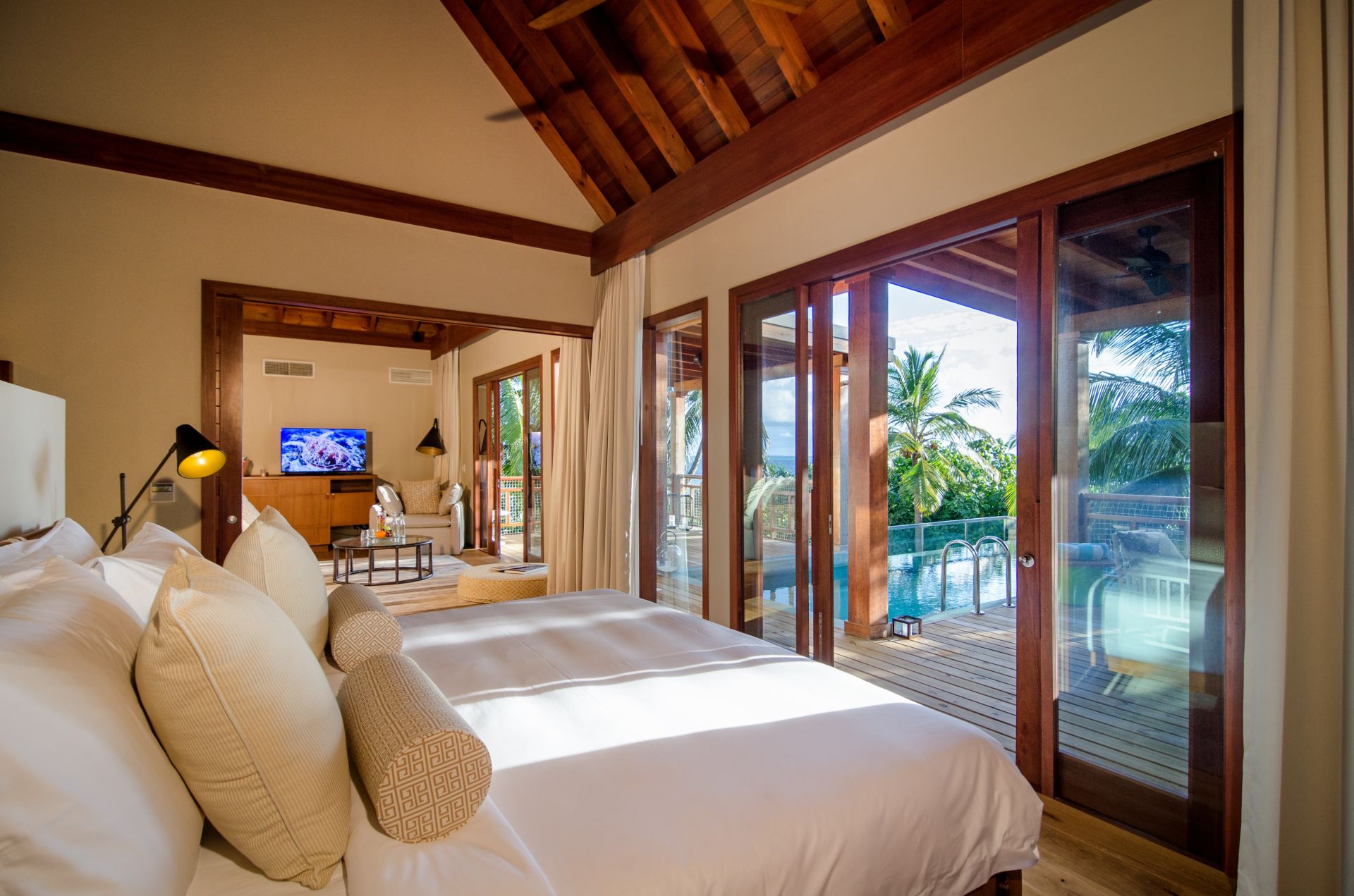 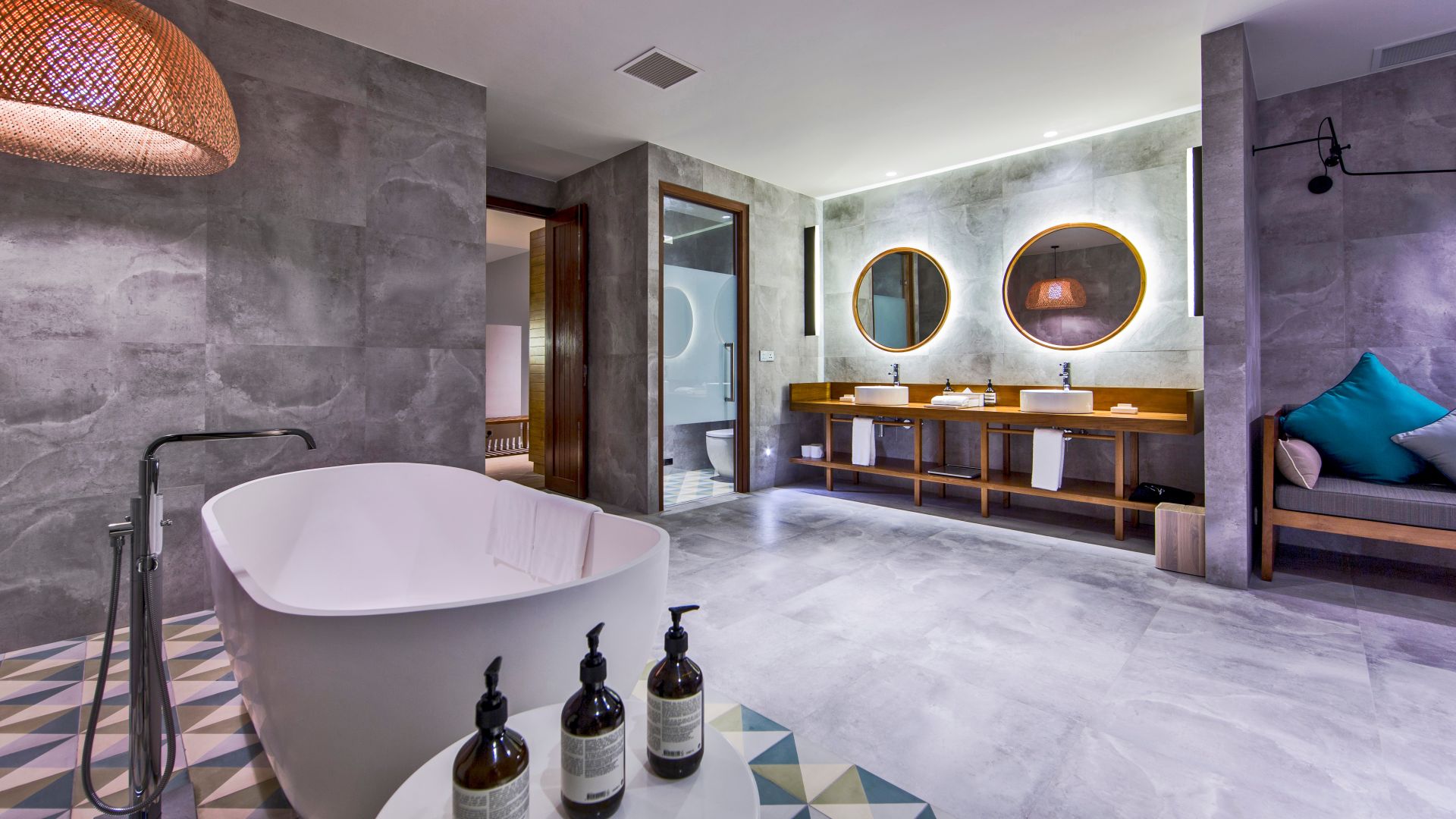 The accommodations range from one to four bedroom villas.
Amilla Fushi 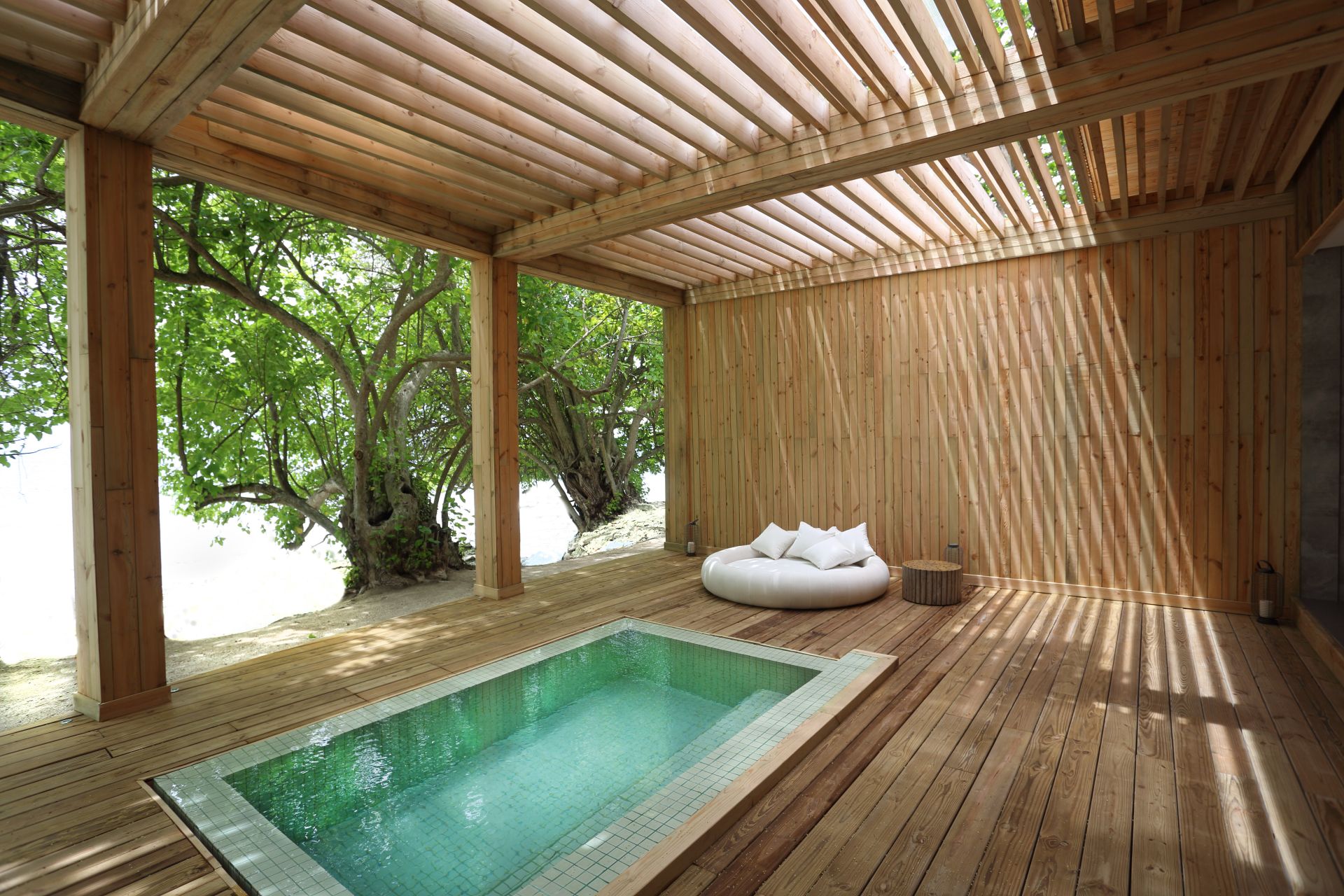 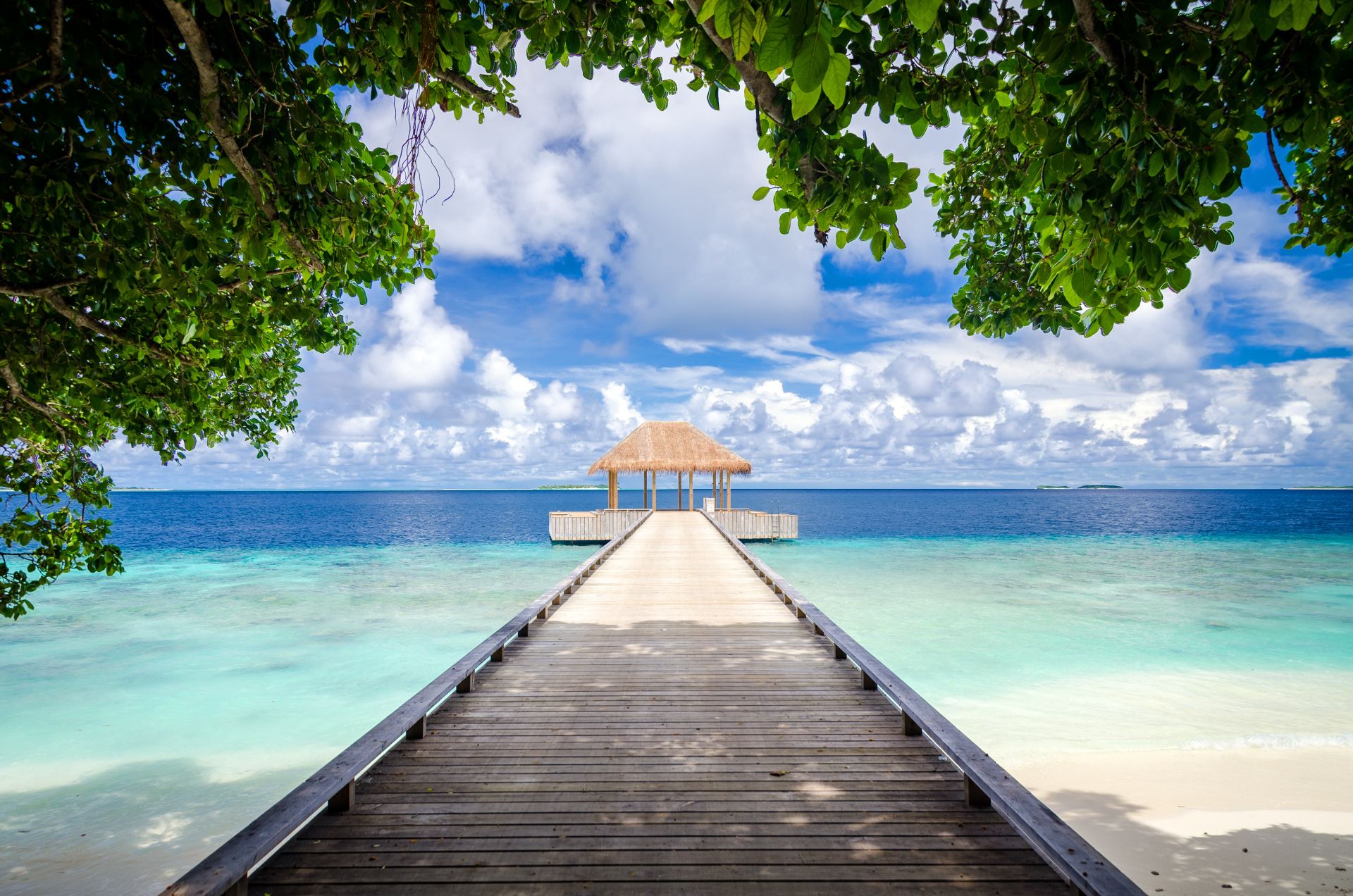 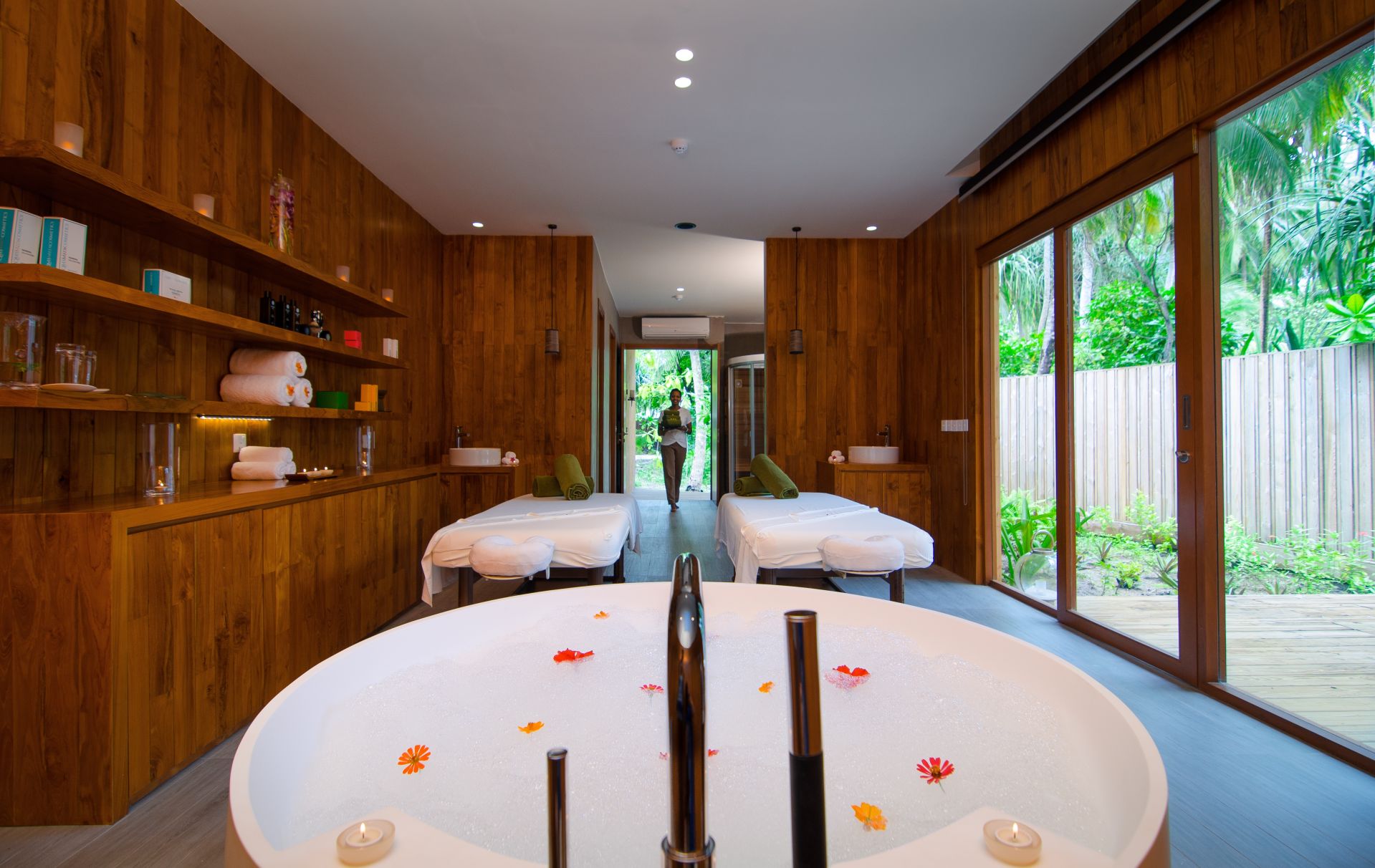 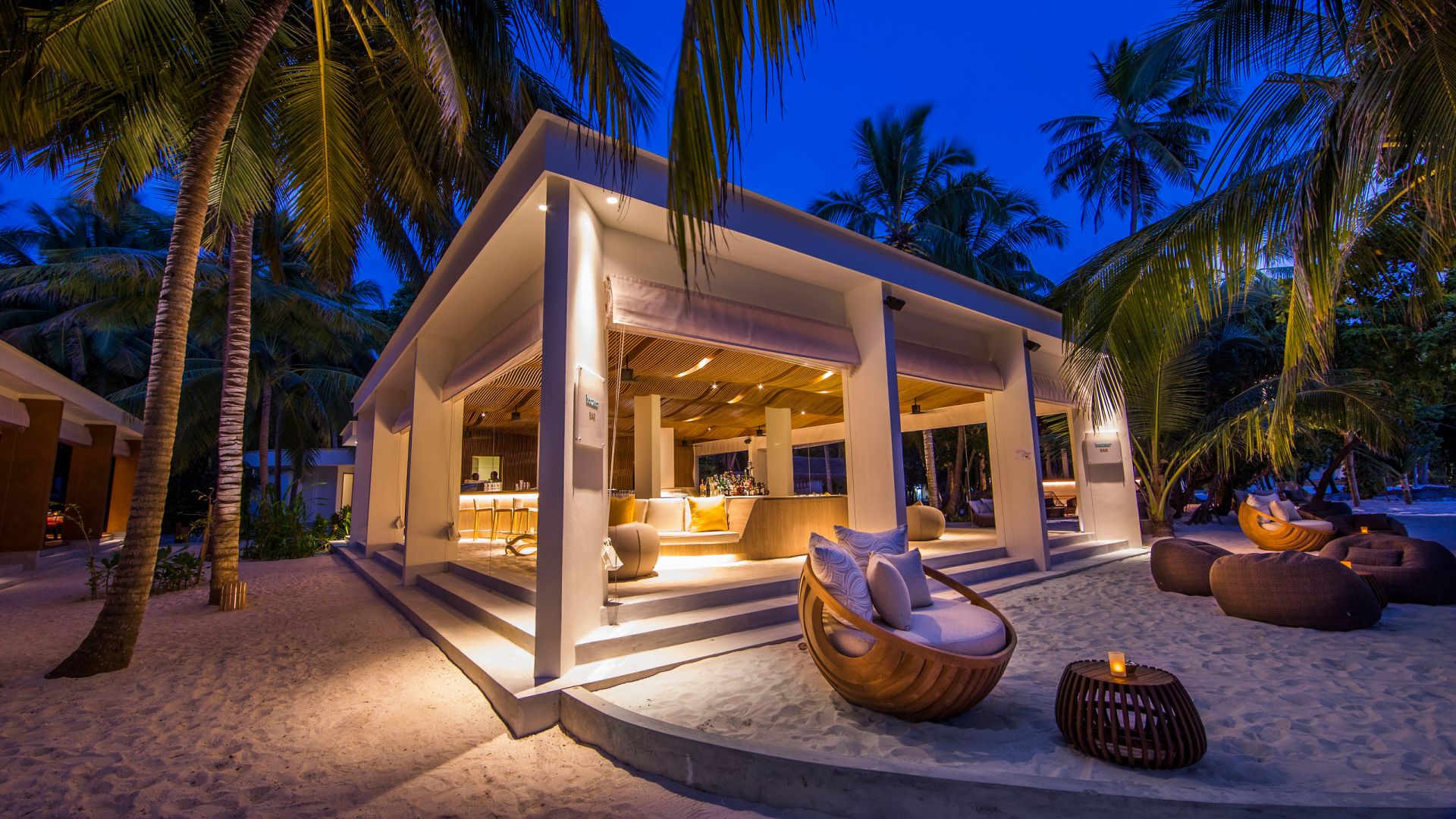 The Bazaar Bar is just one of the seven dining options.
Amilla Fushi 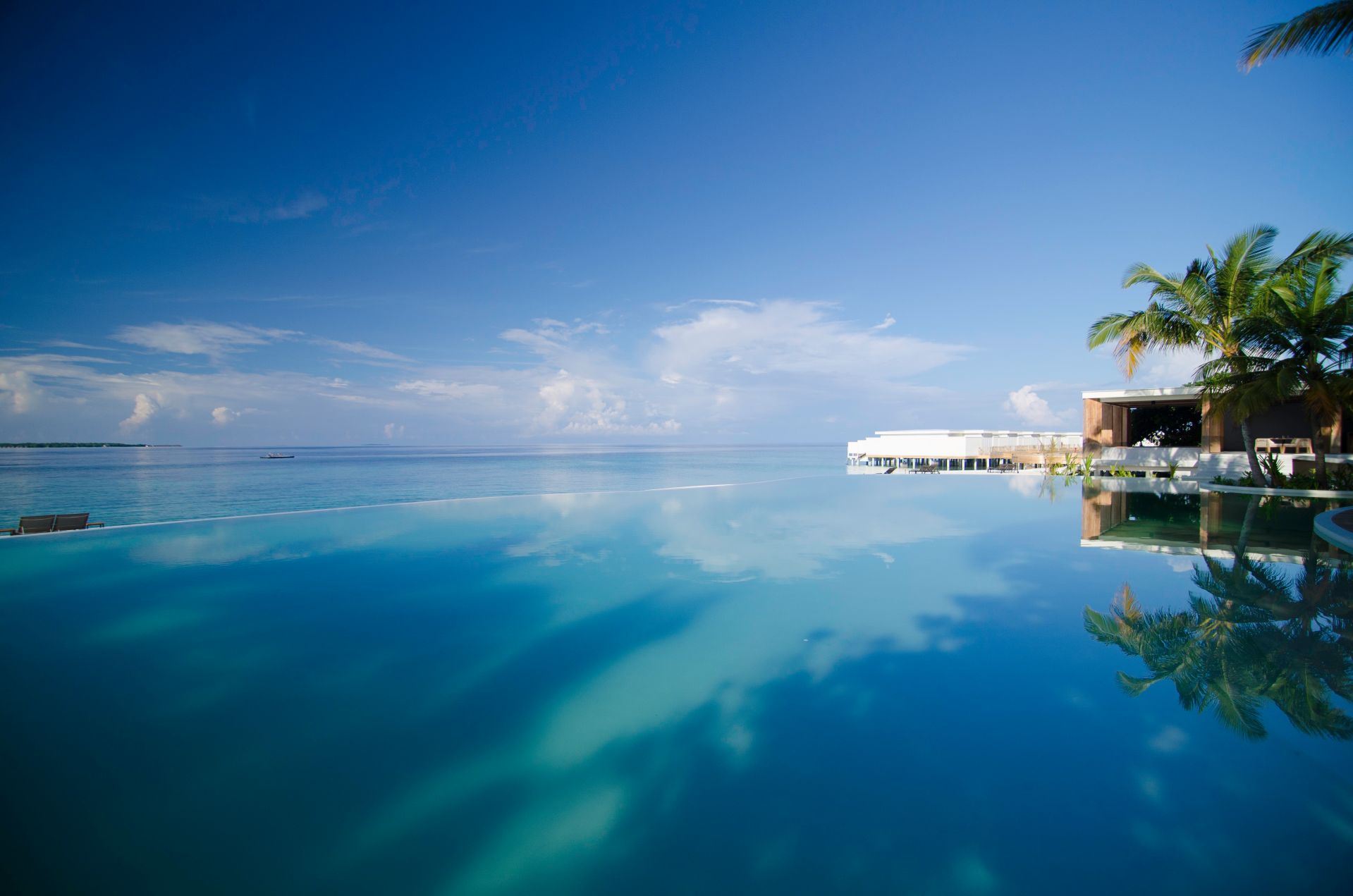 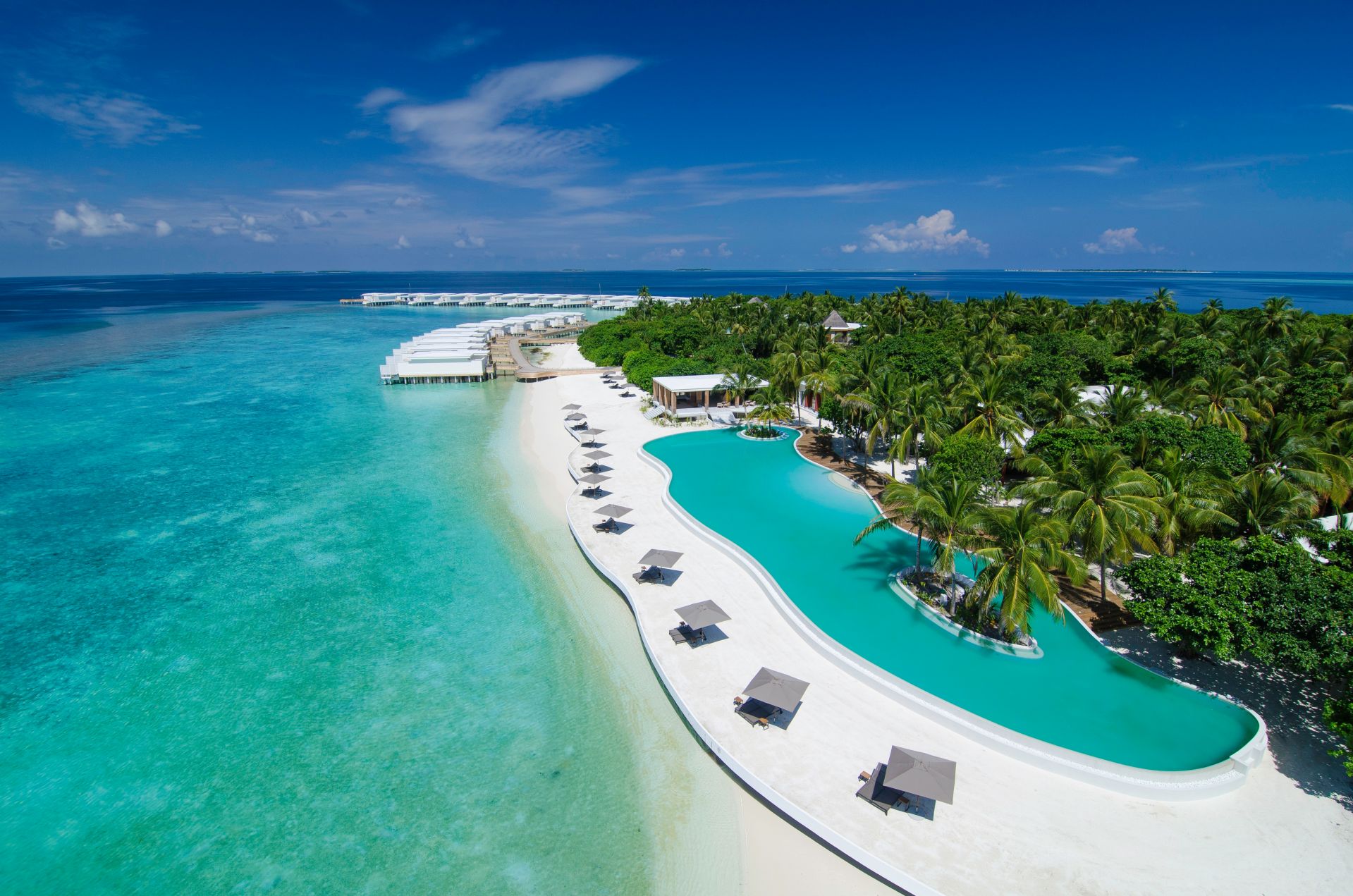 Cara Delevingne was also at the resort.
Amilla Fushi 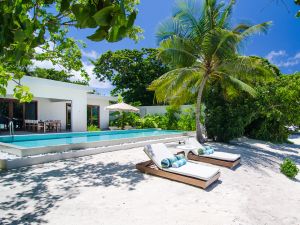 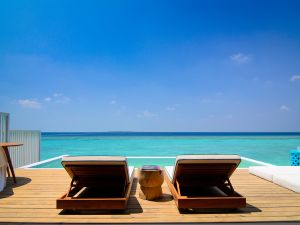 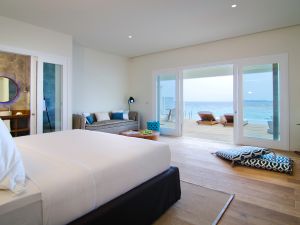 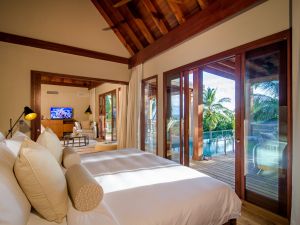 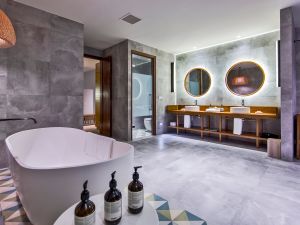 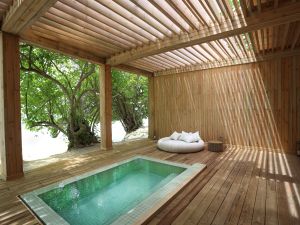 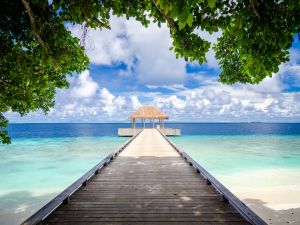 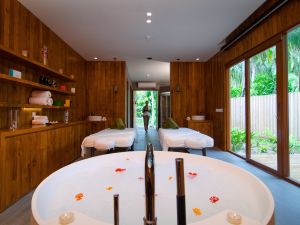 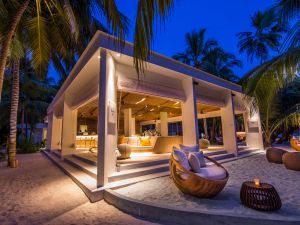 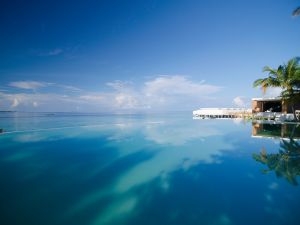 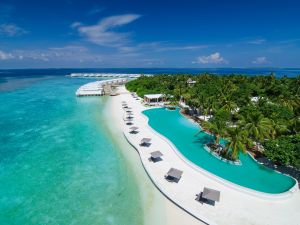 Either Katy Perry and Orlando Bloom are the friendliest exes ever, or they’re simply thinking about giving their relationship another go. The former couple was spotted enjoying a picturesque lunch in the Maldives, and as expected, the Internet went crazy for the photo, which was snapped by a fan.

The pair first began dating sometime after the Golden Globes in 2016, before splitting in February 2017. Perhaps the timing of the Golden Globes made them reminiscence? Regardless, it seems Perry was in Dubai when she decided to casually stop by the Maldives, where Bloom was spending some vacation time, as evidenced by his Instagram feed.

Perry and Bloom were staying at Amilla Fushi, a glamorous resort in the Maldives, according to People. Located in Baa Atoll, the dreamy hotel can be reached either by a 30-minute seaplane from Malé, or by a 10-minute speedboat ride from the Dharavandhoo Airport.

There are three types of accommodations at Amilla Fushi, which translates to “my island home.” The 67 rooms range from über private villas, located either directly over the turquoise waters or on the sandy white beaches. Then there are the “treehouses,” which have private pools suspended in the air, with indoor and outdoor space that includes monsoon showers. The villas range from one to four bedrooms, in case you wanted to bring along a few friends.

There are seven different dining options, ranging from a pizza joint to formal dining experiences. There’s also the Javvu spa, with individual treatment pods, where guests can opt for massages, meditation or perhaps some exercise in the yoga pavilion. There’s a nail bar, hair salon and juice bar, for all the wellness you could ever want.

Amilla Fushi has two tennis courts as well as the Emperor Beach Club, with pool service and an outdoor theater. The hotel even has its own house reef, The Blue Hole, for diving and snorkeling, and any other sports—perhaps former president Barack Obama should consider this for his next vacation.

Bloom and Perry, however, weren’t the only famous faces who visited the luxurious Maldives resort for a holiday vacation. Cara Delevingne and her sister, Poppy, traveled to the sunny locale to bring in the New Year, as well, though per their Instagram feeds, they were on more of a family-oriented trip.