Sen. Kirsten Gillibrand has announced her opposition to the potential nomination of Geoffrey Berman, a law partner of former Mayor Rudy Giuliani, to replace former U.S. Attorney Preet Bharara over his connection to President Donald Trump.

“Senator Gillibrand believes U.S. Attorneys work for the people they serve and must be independent from the executive branch,” a spokesperson for Gillibrand’s office said in a statement provided to Observer. “That is a cornerstone of our democracy. Reports that President Trump took the unusual step of personally interviewing Berman are deeply disturbing considering the conflicts of interest inherent by his potential jurisdiction on matters that could affect the president personally.”

“It is even more disturbing in light of previous reports that President Trump asked the former FBI Director for his loyalty before removing him,” the spokesperson continued. “If this meeting took place it shows a lack of judgment that she believes her colleagues should view as disqualifying as a nominee.”

Gillibrand’s position is noteworthy given that she could prevent Berman from becoming U.S. Attorney by using the “blue slip” process.

The process is a Senate tradition—though not a rule—that allows home state senators to block a nominee in their state to ensure nominees are mainstream and fit to serve in their states. Many senators use bipartisan committees to screen and propose judicial nominees, for example.

Joon Kim had been serving as acting U.S. Attorney since Bharara’s firing.

The Eastern District of New York’s jurisdiction is made up of the Kings (Brooklyn), Queens, Richmond (Staten Island), Nassau, Suffolk and—concurrently with the Southern District—the waters within the New York and Bronx counties.

Both Gillibrand and Senate Minority Leader Charles Schumer, also a Democrat, are said to be supportive of Donoghue’s candidacy. It is unclear where Schumer stands on Sessions’ selection of Berman.

Spokespeople for Schumer did not immediately respond to a request for comment on Friday. 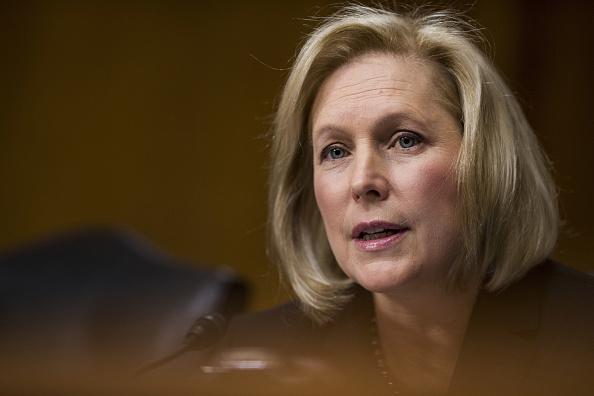