“I don’t remember the specific words [Trump used],” Nielsen said under oath while recounting the meeting. “What I was struck with, frankly as I’m sure you were as well, was the general profanity that was used in the room by almost everyone.”

After pushback from the panel, Nielsen conceded that Trump used positive language to describe Norwegian immigrants, but claimed she was unaware that the country’s population was predominately white. Senators Cory Booker (D-N.J.), Kamala Harris (D-Calif.) and Dianne Feinstein (D-Calif.) all accused the Trump administration of abetting racism.

“In light of the president’s comments, I’m forced to question whether the decision to terminate protected status for Haitian nationals was in fact racially motivated,” said Feinstein. “I hope not.”

Booker and Harris both took issue with Nielsen’s hazy recollection of the DACA meeting and her defense of an administration that is frequently embroiled in racial controversies. After calling Trump’s remarks “the most vile and vulgar language,” Booker accused the secretary of enabling racism.

“When ignorance and bigotry is allied with power, it’s a dangerous force in our country. Your silence and your amnesia is complicity,” said the New Jersey senator after his line of questions.

“You run the Department of Homeland Security,” Harris added, “and when you say you don’t know if Norway is predominantly white when asked by a member of the United States Senate, that causes me concern about your ability to understand the scope of your responsibilities and the impact of your words—much less the policies that you promulgate in that very important department.”

To twist the knife, Harris added that Nielsen’s opening remarks did not address the dangers white supremacists posed to U.S. domestic security. 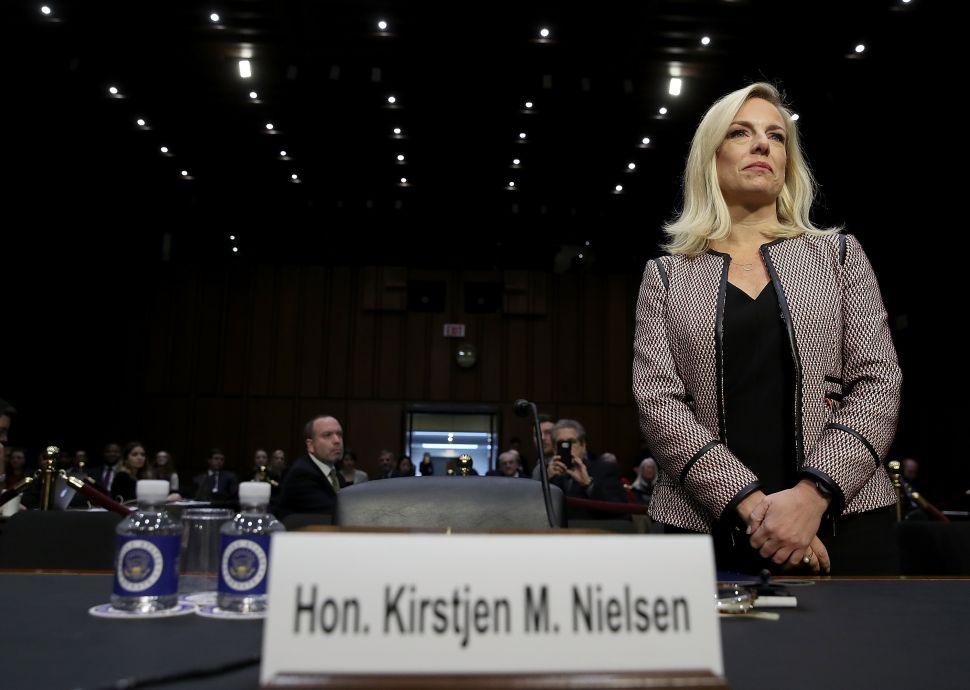