But Musk’s latest publicity stunt for the project may have crossed the line from ingenious to illegal.

The Boring Company has started selling merchandise tied to the project, including hats and fire extinguishers. But on Christmas Eve, Musk promised his Twitter followers that branded Boring Company flamethrowers would be coming soon.

And this week, he delivered on his vow.

The Boring Company is now accepting pre-orders for a $500 flamethrower billed as the “world’s safest.” Over 2,000 people have already ordered the device, which is the same model being used on the underground tunnel project. The device is scheduled to ship in April, though Musk insisted it’s not an April Fools’ Day joke.

A Boring Company Instagram video showed several employees holding the flamethrower as large tongues of fire stream out of it. The caption read: “Great for roasting nuts.”

In a follow-up video, Musk himself ran toward the camera with flamethrower in hand and a big smile on his face.

“Definitely don’t buy one. Unless you like fun,” the caption read.

According to Musk fansite Teslarati, the flamethrower is actually an Airsoft gun that’s been modified to shoot fire.

This is no doubt a cool device, but one politician doesn’t think it should ever see the light of day. California Assemblyman Miguel Santiago has introduced legislation which would block Musk from selling the flamethrower to residents of his state.

“The State of California and the County and City of Los Angeles have entrusted Mr. Musk to alleviate a real public policy problem here by executing a tunnel under the city,” Santiago said in a statement. “This deviation feels like a slap in the face.”

Santiago acknowledged Musk’s genius but illustrated the danger of his device through a Spider-Man reference.

“As President Truman and Stan Lee have taught us all, ‘With great power comes great responsibility,'” he said. “I cannot even begin to imagine the problems a flamethrower would cause.”

According to Santiago, the flamethrowers are actually offensive given that California is coming off the worst wildfire season in its history.

Musk countered on Twitter that the device meets the legal standards for flamethrowers set forth by the Bureau of Alcohol, Tobacco and Firearms. That means The Boring Company’s flame has a range of less than 10 feet.

“Our design is max fun for least danger,” he wrote. “I’d be way more scared of a steak knife.”

Musk isn’t letting legal threats get in the way of more merchandising. He’s also promised to sell the dirt left over when The Boring Company builds its obelisks. 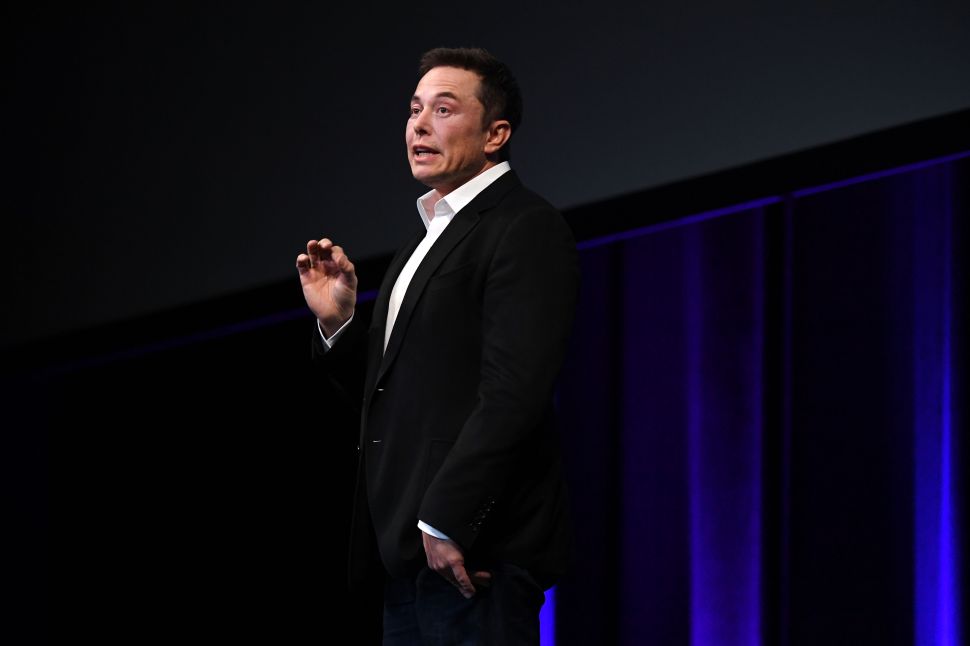