In How Rich Countries Get Rich…and Why Poor Countries Stay Poor, the Norwegian economist Erik Reinert explains how nations acquire wealth through manufacturing, which creates economies of scale and increased productivity. Without a strong manufacturing base, sustaining widespread economic growth is unlikely. But the industry is rapidly changing.

From 2000 to 2010, manufacturing shredded one-third of jobs due to automation, offshoring and global competition. There has been a moderate resurgence in domestic manufacturing since the Great Recession, and rising labor costs overseas mean that companies may be less inclined to move offshore. But to take advantage of these trends, the focus must be on the future instead of nostalgia for 1960s-style assembly lines, according to a recent McKinsey report.

For mature industrialized nations, manufacturing drives innovation and stimulates other sectors of the economy. Contributing $2.18 trillion to the U.S. economy in 2016, manufacturing accounts for 35 percent of productivity growth, 60 percent of exports, and 70 percent of private sector R&D. Each advanced manufacturing employee supports an estimated 16 jobs by purchasing and selling to over 80 other industries. McKinsey notes that manufacturing related jobs are highly diverse and include marketing, demand forecasting, product development, distribution and services.

Growth areas such as electronics, aerospace and biotech are becoming increasingly high skilled. According to a Brookings study, 35 out of 50 advanced industries are in manufacturing. The report defines “advanced industries” as those consisting of high levels of R&D and STEM knowledge per worker. Emerging capabilities in nanotechnology and digital systems termed “Industry 4.0” will create further opportunities and headaches.

Germany is an industrialized nation able to reverse the decline in domestic manufacturing, which contributes approximately one-quarter of its GDP and supports middle class jobs. The Fraunhofer Society is a network of government-backed research institutes that collaborate with manufacturers to adopt the latest research with commercial application. This enables small and mid-sized companies to upgrade and export quality products. In addition, Germany’s duel system of apprenticeship training and classroom learning has produced the lowest youth unemployment rate of any industrialized nation.

The case for publicly funded basic research is straightforward. Public funding is essential during the early stages of discovery when the risks and benefits are largely unknown. In contrast, private enterprise typically focuses on developing the commercial application of discoveries. But public funding as a percentage of GDP has decreased, and overall federal spending dropped approximately 20 percent between 2009 and 2015. The American Competitiveness Initiative of 2006 and American Competes Reauthorization Act of 2010 sought to double research funding for the physical sciences and engineering, but this effort stalled and needs to be rebooted.

Fraunhofer type innovation networks would help bridge basic research with large scale commercial application. According to one study, a process called “networked innovation” allows nearly half of all new products to come from ideas emanating outside of the company. In 2014, Congress passed the Revitalize American Manufacturing and Innovation Act to formalize the National Network for Manufacturing Innovation (aka Manufacturing USA). The NNMI seeks to establish, through a competitive process, a network of regional public-private partnerships that focus on specific manufacturing processes or technologies.

These “innovation hubs” consist of industry firms, educational facilities, and government agencies to provide sources of R&D, workforce training, and logistical support. There are currently 14 institutes. This initiative should gradually expand to 45 institutes, as envisioned by the Obama administration. As with Fraunhofer, this supports small and mid-sized manufacturers. Sixty-six percent of member firms had 500 or fewer employees in fiscal year 2016.

Investments in apprenticeships, career-technical and STEM education are needed to develop a workforce capable of capitalizing on emerging technologies. Manufacturers need skilled production workers, engineers and researchers. The United States has been less successful then Europe with apprenticeship training programs. Collaboration between government, industry, and educational facilities has been uneven. Moreover, vocational training bears a negative stigma.

But contrary to popular perception, vocational education is undergoing a remarkable transformation. The best such schools offer high quality programs in science, engineering, computers and math. Now characterized as Career-Technical Education (CTE), vocational schools in states such as New Jersey are among the most competitive. Critically, CTE is not seen as exclusive of academics or college. Community colleges also have a role to play in offering not just degrees, but training certification programs in collaboration with growth industries. The potential exists to develop a strong CTE training system that is distinctly American, but more work needs to be done.

The U.S. ranks second only to China in overall manufacturing output. This indicates that manufacturing is not dying; it’s just evolving. But a “Brain Center at Whipple’s” type dystopian future where automation causes mass joblessness is not inevitable. Joseph Schumpeter’s “creative destruction” where old technologies and business models are replaced with new ones create disruption but also opportunities for growth. In an age of global competition, we need an economic strategy that prioritizes basic research, innovation and career education.

Douglas Singleterry is an attorney, co-author of New Jersey Uniform Commercial Code, and he has served on the North Plainfield Borough Council since 2005. 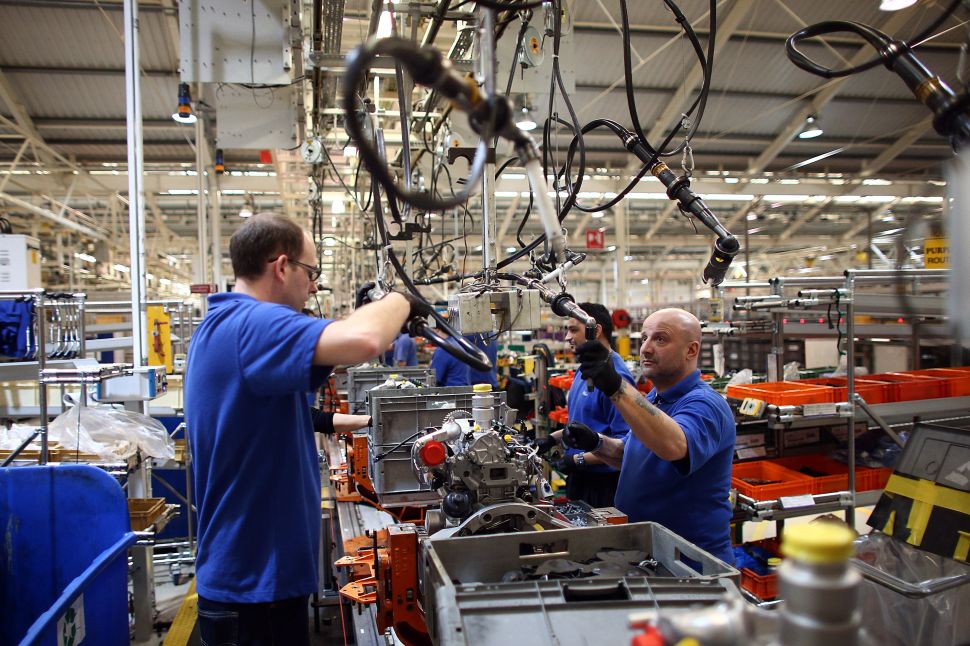