A little over 50 years ago, Martin Luther King Jr., on the heels of the historic 1965 march from Selma to Montgomery, stood before an audience of thousands of Chicagoans to deliver a fiery speech about segregated housing policies. In the hundred years since the abolition of slavery, millions of African-Americans migrated from the rural South, flocking to urban areas throughout the North, Midwest and West. While some found prosperity and promise, many were held back by slums and other poor housing conditions that were a barrier to opportunity.

Tying back to his vision of a “Beloved Community”—a society based on the marriage of justice, equal opportunity, and love of one’s fellow human beings—Dr. King’s Chicago Freedom Movement was the first significant attempt to tackle the issues faced by African-Americans in urban areas throughout the Northern United States. While local grassroots activists were leading powerful movements to ensure voting rights, improve relations between police and communities of color, and make schools better, Dr. King brought with him both national attention and a unique critical lens toward the holistic impact of housing conditions.

True to form, Dr. King did more than give a speech, he moved his family to Chicago, renting a decrepit apartment on the city’s West side. Much like his namesake, Martin Luther, who decried the excesses of the Catholic Church and ruling elite by publicly posting his 95 Theses to a church door, Dr. King marched through the streets of Chicago with thousands of supporters at his side and tacked a notice to the doors of City Hall demanding housing reforms. In a surprise conciliation, Chicago Mayor Richard J. Daley called for an audit of poor housing conditions throughout the city considered a hazard to human life.

These were the first steps toward fair housing.

Still, deep-seeded racism fed a violent mob of white residents who attacked African-Americans. Again, this time to avoid further violence, Mayor Daley agreed to work out a summit agreement with Dr. King and other activists. This lead to the creation of the nation’s first fair housing organization, the Leadership Council for Metropolitan Open Communities, which worked for years to advocate for African-American communities and expose discriminatory real estate companies.

In the wake of Dr. King’s assassination in 1968, Congress moved to pass the Fair Housing Act, a law that was designed to protect people from discrimination when looking to rent, buy, or access financing for their home.

The experience of gentrification and housing unaffordability in New York City today can be traced back to the legacy of housing discrimination policies prevalent throughout the mid-20th century and earlier. Residents in predominantly African-American neighborhoods like Bedford-Stuyvesant in Brooklyn were redlined out from receiving conventional home loans and instead were forced to turn to high-interest, contract-sale schemes. These predatory lending practices were more likely to result in home repossession and community instability.

When entire subsets of a city’s population are confined to renting, it is they who are most vulnerable to the whims of market changes. When the demand for housing increase, the rents go up, leading to lower-income families, who are predominantly families of color, as the most likely to face eviction and be forced farther from the city’s center in search of cheaper homes. This leads to longer commute times, less time spent with family, and it can disrupt entire community networks.

At Habitat for Humanity New York City, we too believe in Dr. King’s vision of a Beloved Community. It is in that spirit that we advocate for affordable homeownership as a key to family stability and a proven means for providing communities and families with long-term benefits, including better health outcomes, higher educational attainment, equity building, and civic engagement.

This Martin Luther King Jr. Day, a national day of service, we remember the legacy set forth by Dr. King and renew our commitment to make housing more inclusionary and to ensure that all people can have access to the benefits of a safe, decent and affordable place to live.

There is much work to be done, both throughout the five boroughs and across the nation. Volunteering at a Habitat NYC build site or with our A Brush with Kindness Program is one way to support Dr. King’s legacy. Another is to follow in his footsteps by putting pressure on the elected officials and policy makers who have a determining role in the future of fair housing, access to affordable homeownership, and addressing the national housing unaffordability crisis.

While the threats to access decent, affordable housing have changed over the last 50 years, the tactics to advocate for stronger communities and equal opportunities can still be taken from the legacy of Dr. King.

Notably, the recently signed tax bill will increase the national deficit, meaning that this year representatives in Congress will work to plug those budget shortfalls by cutting spending. Given the actions of this Congress to date, the likely cuts will come from the very programs that protect lower-income families from extreme poverty, hunger, homelessness and death.

We thank those New Yorkers who honored Dr. King’s life of service by joining us and picking up a hammer to build a home for a lower-income family. But we also ask you to honor one of the most successful grassroots causes in our nation’s history by picking up the phone, emailing, tweeting or stopping by the office of your representative in Congress to prevent further cuts from happening and to ensure we continue to build and better our beloved communities, as the late Dr. King would have us do. 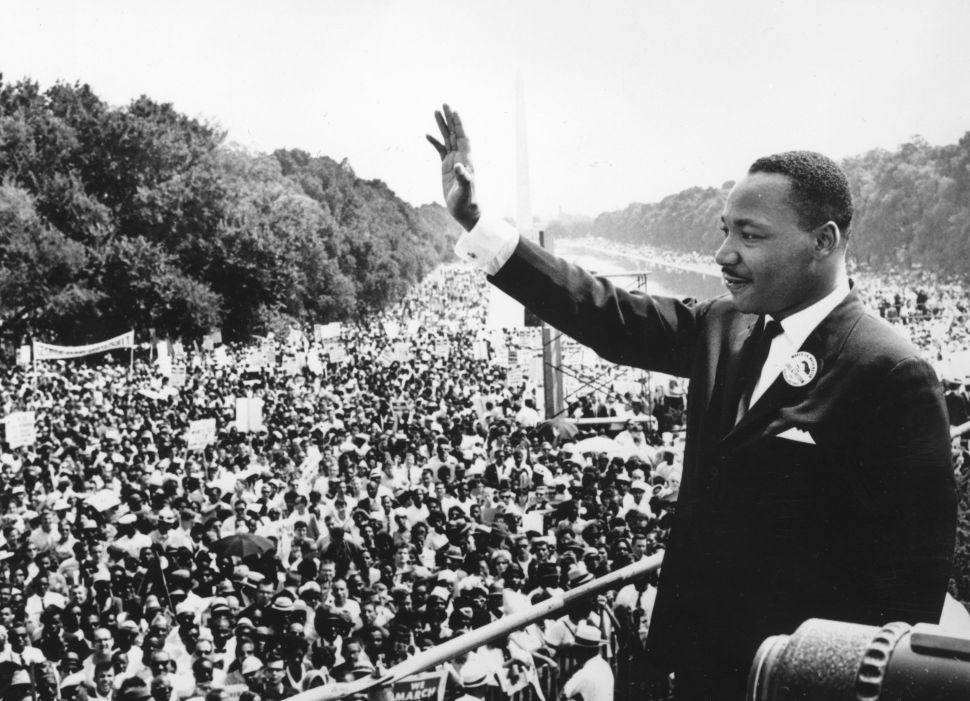