HBO is collecting female movie stars like trading cards and audiences are lucky for it.

None other than Meryl Streep—the same Meryl Streep who leads the entire world with 21 Academy Award nominations—has signed on for the second season of Big Little Lies. This is not a drill.

The critically acclaimed series, which is seeing a wave of increased viewership following its Golden Globes win, will be Streep’s first major TV role since the 2003 miniseries Angels in America and her three-episode stint on Showtime’s Web Therapy in 2010.

In season two, Streep, who is up for yet another Oscar for her role in Steven Spielberg’s The Post, will play Mary Louise Wright, the mother-in-law of Nicole Kidman’s character Celeste Wright. Sounds juicy, we’re in.

Big Little Lies was a critical and commercial hit, racking up Emmy Awards and Golden Globes to go along with big ratings. However, the decision to embark on a second season was met with some skepticism as the show was originally billed as a limited series.

But landing Streep is sure to assuage the doubts of any on-the-fence viewers and help bring in even bigger ratings numbers.

Her involvement likely won’t come cheap though. Season one stars Nicole Kidman and Reese Witherspoon are getting pay bumps in the $1 million per episode ballpark, so who knows how much HBO had to shell out to attract a Hall of Fame movie star of Streep’s caliber.

HBO has not yet responded to Observer’s request to comment.

Season two finds Kidman’s Wright “reeling from her husband Perry’s death, Celeste is adrift, but determined to fight for her family and find the woman she once was.” Meanwhile, Witherspoon’s Madeline Martha Mackenzie is “finding that good intentions don’t always yield good consequences, Madeline confronts the truth of Perry’s death, while coming to terms with her own marriage and traditional notions of family.”

Here’s the logline: “The subversive, darkly comedic drama Big Little Lies will explore the malignancy of lies, the durability of friendships, the fragility of marriage and, of course, the vicious ferocity of sound parenting. Relationships will fray, loyalties will erode… the potential for emotional and bodily injury shall loom.” 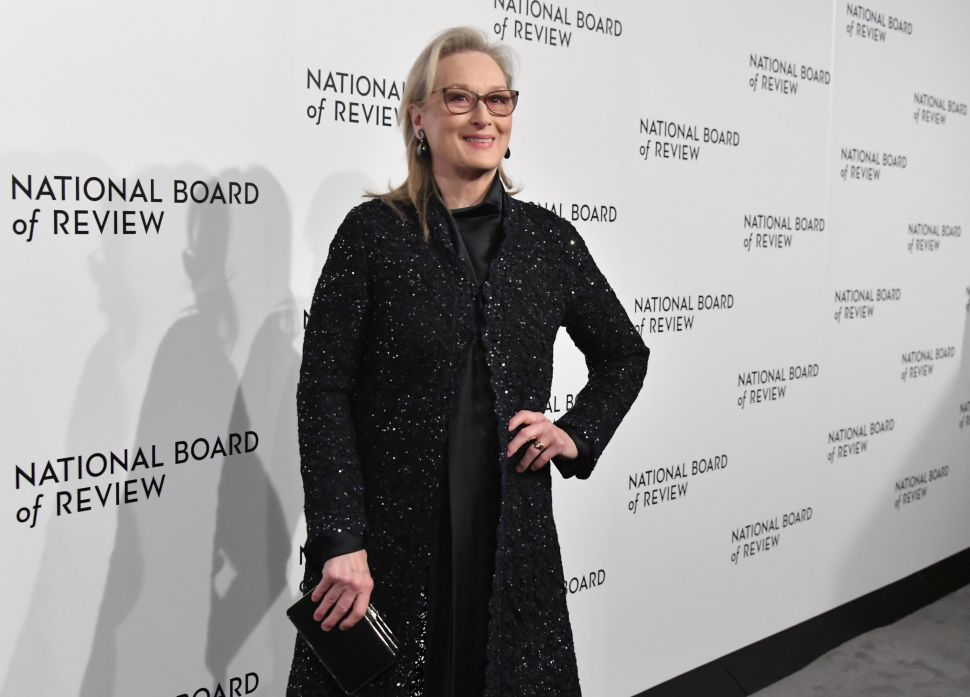