Tucked into a corner room in many children’s museums is one of those plexiglass holes in the wall that displays a functioning beehive. The visitor sees frenetic activity that seems disjointed and lacking in any discernible purpose.

Closer inspection, though, reveals hexagonal prismatic wax cells and the production of honey. What appears to be crazy is ordered and organized and purposeful.

The key is closer inspection, which requires the observer to put aside his initial “this is crazy” impression to study the beehive without bias.

Civilization abides an artistic class whose role is to inspect without bias and to cull insight. Not all nations tolerate an artistic class. In some, powerful political control is wielded to make writers and filmmakers into propagandists and comedians into court jesters.

Michael Wolff, the author of Fire and Fury: Inside the Trump White House, is a member of America’s artistic class—a writer.

Wolff, though, was never going to find the honey in Trumpism because doing so would immediately strip him of the like-mindedness that displays rank in his world. This was always going to be a hit piece followed by snickering among the equally ranked.

And that, right there, is the problem with America right now. We have an artistic class cowed by political correctness. They do not tread into forbidden areas when their peers say don’t go there.

Wolff looked at Donald Trump and reported a manifest falsehood that only affirmed the prejudices of his peers: clinical senility. Trump is nothing but a frenzied beehive.

If Wolff had put aside his bias, he would have seen some things in the presidency of Donald Trump that challenge his fundamental view of the world. He would have seen, first, that there is no such thing as an accidental presidency.

Trump designed an outside-the-box campaign that understood the interaction of media and social media better than any $700 per hour Washington consultant.

His presidency generates policy without resort to the sclerotic apparatus that Washington has become. After one year, his initiatives have borne fruit, in a true cause and effect way that had been absent from governance.

An artist would find something ordered and Capra-esque, at least, in this uprising of the deplorables to seize control of government to rule based on a logical practicality that serves America first.

The take from Trump’s high level of political success cannot be that he is crazy. He threaded perhaps the most difficult needle in American politics, one that the Reagan revolution had stalled upon for a quarter century. He sold the working class on pro-business economic policies.

He did it by holding rallies in mill towns in the Rust Belt, where he—unscripted and off the cuff—worked and cajoled the voters who were once reliably Democrat but switched based on whatever was going on at those rallies.

The left, unable to explain this desertion, engages in the logical fallacy of post hoc ergo propter hoc: We practice identity politics, they stopped voting for us, therefore they are racists.

That, too, is the dumbing down effect of political correctness, an intellectual laziness that does not permit any explanation other than “you’re a racist!” to enter its newspeak.

Trumpism is a purposeful affront to the like-minded. That is what the people in Ohio appreciate about him. He was the only candidate in modern American history who did not genuflect to the false god to whom Michael Wolff pays homage.

The artistic class is bitter that a coarse reality show host is the one who had the courage to defy, not them. He is the one who more resembles James Baldwin’s “incorrigible disturber of the peace—the artist” definition of their craft.

The evidence of a stunted artistic class is all around us. Late night comedians have stopped performing comedy, which requires honest surrender to the creative tension between perception and reality. It is all the snark of the court jester, seeking to please the ruling class.

The Golden Globes was another example. The top news story of 2017 was that beneath the veneer of glamor that Hollywood projects was a disordered world where success and failure depended on the willingness of the artists to not question the powerful.

Their response was to gather as a crowd in drab uniform, like the extras in the iconic 1984 Apple Computer commercial. The black garb said, “We do what we are told”—which the news has already made clear.

Then Oprah, their own version of a television host with political aspirations, moved everyone to tears by telling them how wonderful they are.

It was supplication to the existing order dressed as defiance. Real victims like Rose McGowan and Juanita Broaddrick tweeted immediately from outside the closed doors that this uniformed mob never spoke up to help them.

The real failure here is among our artistic class, the Wolffs and the Meryl Streeps and the Jimmy Kimmels of the world, who are behaving like propagandists and court jesters.

The story is and has been the failure of those in the artistic trades to assimilate any reality that makes them uncomfortable, even though the state of discomfort is necessary to their craft. 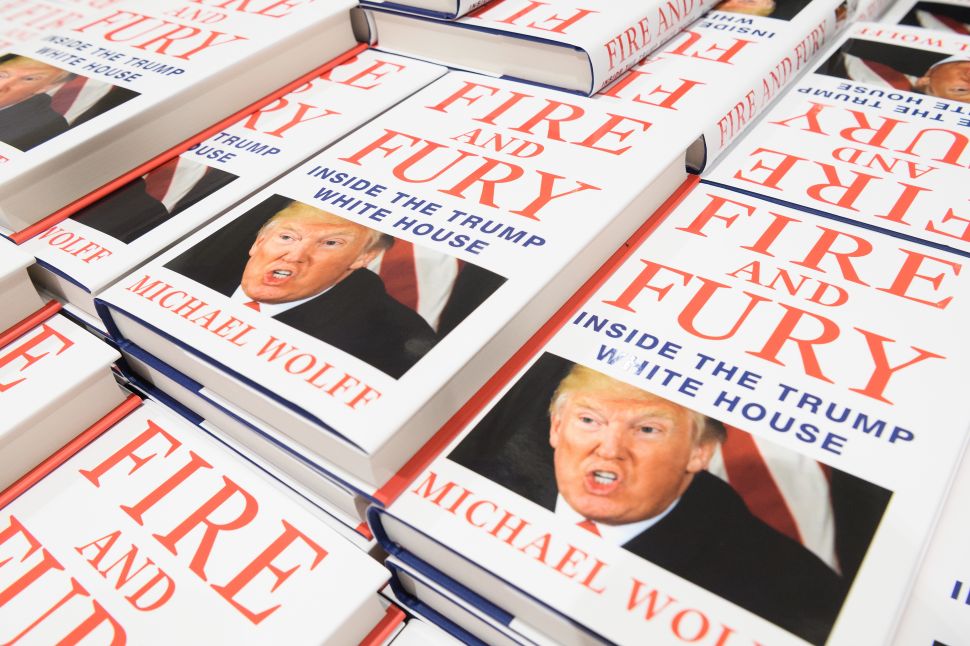