What fresh torture is this? Just when I was almost recovered from Mother!, here comes Mom and Dad. If Mother is still the worst abomination ever perpetrated on an unsuspecting and undeserving public, Mom and Dad is at least the perfect companion piece. With an agonizing rupture of craft and common sense, it showcases a performance of screaming, over-the-top hysteria by Nicolas Cage that must be seen to be fully believed, but that is not a recommendation. You’ve seen him go berserk before, but in this nauseating drivel he’s channeling Jack the Ripper, played by Bozo the Clown.

It’s a pointless exercise in mouth-foaming blood and violence, about a strange, unexplained plague overtaking parents throughout the world as they massacre their children, one by one. Cage more or less acts as the father of a rebellious teenager and her younger brother (it’s hard to tell if what he does can be construed as acting) who find themselves the victims of their axe-wielding Dad and their bloodthirsty Mom (criminally underrated Selma Blair), and spend most of the running time trying to save each other and escape alive.

They live in one of those deadly cookie-cutter American suburbs where the lawns are manicured and the houses are identical. But after Daughter asks to go to the movies, you know there is trouble in Paradise when Mom replies: “Since when does anyone under 30 go to the movies?” But any attempt by no-talent writer-director Brian Taylor to make a point about generational, educational, or cultured differences between parents and children are quickly discarded in favor of cheap thrills and stomach-souring carnage. Dad has lurid fantasies and temper tantrums. Mom settles for a chainsaw. And the murders begin.

In the ensuing homicidal rampage, throats are slashed. Heads are bashed. Baby carriages are pushed under the wheels of oncoming traffic. In the background, there’s always a TV set showing noisy news programs with bottom scrawls: “Panic as attacks spread!” “Terror Plot or Mass Hysteria?” That’s a good question, because there isn’t a single scrap of coherence in sight.

To distract viewers from the realization that they’ve been had, the sub-mental screenplay follows Mom to the hospital to deliver her sister’s baby in a natural childbirth sequence that turns bloody and brutal, and Dad secretly takes over the basement to build a pool room. One of the funniest lines in a film that mixes homicide and humor with disastrous results is when Mom asks Dad: “Christmas is coming—Do you really think this is the right time to start building a man cave in the basement?” Cage retaliates with a great mad scene where he destroys the house with a pick axe. What a shame he didn’t include the negative of Mom and Dad while he was at it.

For suspense, there’s director Brian Taylor’s self-indulgent set-up following the terrified children hiding below the house while their demented parents tape the exits closed and pump gas into the basement to choke them alive, not realizing the kids have in their possession a cigarette lighter! It makes Children of the Damned look like Rumpelstilskin. But you ain’t seen nothin’ yet. Wait till the older generation of grandparents show up with one thing in mind—to butcher Mom and Dad!

What is going on here? Your guess is as good as mine. You never know what year it is, why the children have been singled out for massive slaughter, or the reason behind the killing spree. Midlife crisis? Too many P.T.A. meetings and too little time for sex and shopping? The movie seems to blame it all on rock and roll and cell phones, but lacks the grit and glue to follow through on even that flimsy premise—aware, perhaps, that to do so would alienate the very audience for which this lunacy was intended in the first place. The resulting insanity is a surreal horror film that is more idiotic than visionary. 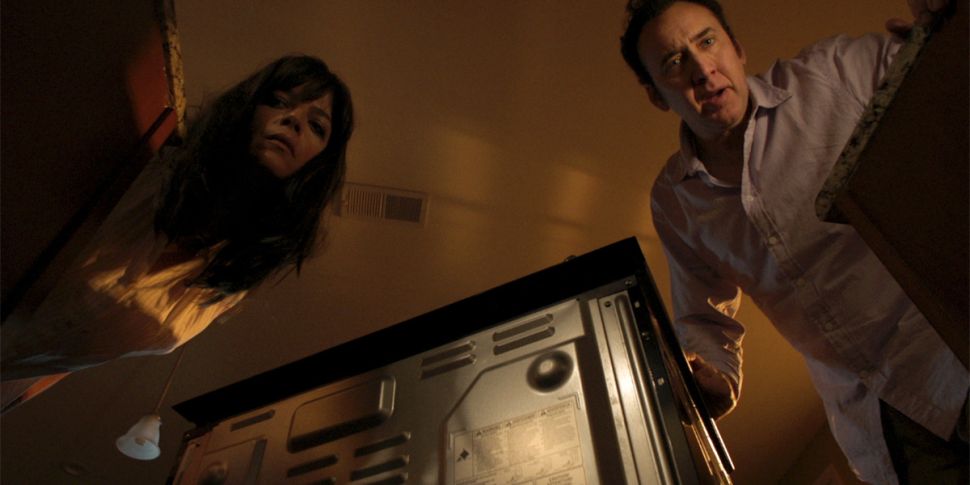