There are many critics of Donald Trump’s decision to move the U.S. Embassy in Israel from Tel Aviv to Jerusalem, but such a move could actually help the Middle East peace process. Here’s how it could work.

How the U.S. Relocation to Jerusalem Could Boost Middle East Peace

America clearly has a favorite in the Israeli-Palestinian conflict. How will that change with the U.S. Embassy heading to Jerusalem? Even with support from America, there’s always a fear that a U.S. president, Democrat or Republican, will prefer to go down in history as the person who finally brings peace in the Middle East, as opposed to being yet another supporter of Israel in a long line of backers of the Jewish state.

Locating the embassy in Jerusalem will demonstrate that commitment and solidify that alliance. But it also frees up the Palestinian Authority (not Hamas) to do the same and possible garner an ally from an old Cold War supporter: Russia. But this time, it wouldn’t be about fighting a proxy war over ideology. It would be about having a strong ally to step in for a country, should either side perceive a lack of support from a stronger state. With help from Russia, perhaps the Palestinian Authority can finally prevail in their struggle against the terrorist group Hamas, a major sticking point in any prospect for peace. Such a move would benefit Israel as well.

So who would provide the peace negotiations? Here is where the European Union comes in. The EU can serve as mediator, instead of arbitrator, offering non-binding resolutions for Israelis and Palestinians to negotiate (with American negotiators and Russian counterparts), and both international powers to guarantee with their military strength.

Salon, generally opposed to the plan to shift the embassy, admits there could be a silver lining. “All that said, moving the embassy to Jerusalem is actually the perfect way to shatter the prevailing malaise about the Israeli-Palestinian conflict around the region.”

Once the initial shock of the decision has passed, there will still be some time for the statement accompanying the decision to be moderated. “Much is still unknown about this announcement,” adds Jonah Shepp at New York Magazine. “CNN’s sources say, for instance, that it may be ‘softened’ to refer specifically to West Jerusalem, which would change the flavor of the statement considerably.”

But one thing is clear. Such a move should not be undertaken unless the new U.S. Embassy in Jerusalem is safe, following the standards established after the 1998 bombings of U.S. Embassies in Kenya and Tanzania. While there are some plans to retrofit a building like a consulate office, instead of build a new one, such safety concerns are paramount for embassy personnel, guards and guests to make the move worth it. Otherwise, such a move to Jerusalem could destroy real prospects for peace. 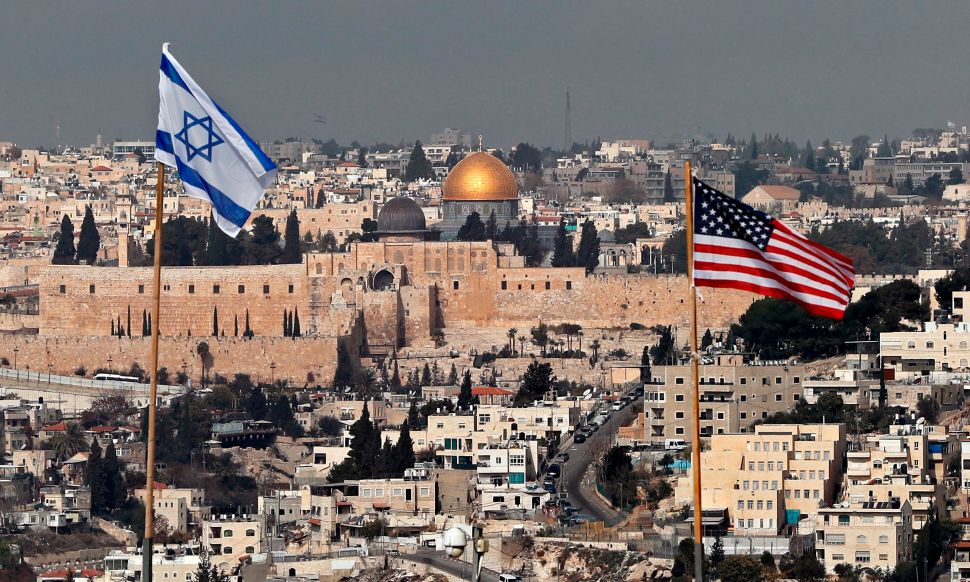