Beloved singer Neil Diamond announced Monday morning that he has been diagnosed with Parkinson’s disease and that doctors have advised him to retire from touring immediately.

“It is with great reluctance and disappointment that I announce my retirement from concert touring. I have been so honored to bring my shows to the public for the past 50 years. My sincerest apologies to everyone who purchased tickets and were planning to come to the upcoming shows,” Diamond said in a statement on his website.

“I plan to remain active in writing, recording and other projects for a long time to come. My thanks goes out to my loyal and devoted audiences around the world. You will always have my appreciation for your support and encouragement. This ride has been ‘so good, so good, so good’ thanks to you.”

Diamond will conclude his 50th anniversary tour in October in London but has cancelled his scheduled third leg in Australia and New Zealand. The Brooklyn native has been active in the music scene since 1962.

The president and CEO of tour promoter TEG Dainty, Paul Dainty, released his own statement on the news, saying: “I have had the honour of promoting Neil’s numerous tours in Australia and New Zealand, he is one of the world’s greatest artists and we and his thousands and thousands of fans here will miss seeing him tour down under.”

Diamond is set to be honored with the Lifetime Achievment Award by the Recording Academy at the Grammy Awards on Sunday. He turns 77 on Wednesday.

Fellow celebrities took to Twitter in response to Diamond’s announcement.

So much respect for #NeilDiamond. Feel honored to have seen him live. Wishing him strength and good wishes. https://t.co/hVRWjTZvD8

Keep fighting, old buddy. You've got a long way to go yet. @NeilDiamond ❤️ Call the sun in the dead of the night and the sun's gonna rise in the sky.

I love @NeilDiamond and thank him for decades of Hot August Nights and "Pretty Amazing Grace." Take care of yourself — we need you more than we need another tour. pic.twitter.com/VQ8imfdmSh

#Neil Diamond So,so sorry to hear about the great Neil Diamond’s illness. I’m rooting for you Neil! Fight on from another Brooklyn boy!

Diamond is one of the world’s best-selling artists of all time with 38 songs in the Top 10 on the Billboard Adult Contemporary charts. He was inducted into the Songwriters Hall of Fame in 1984 and the Rock and Roll Hall of Fame in 2011. 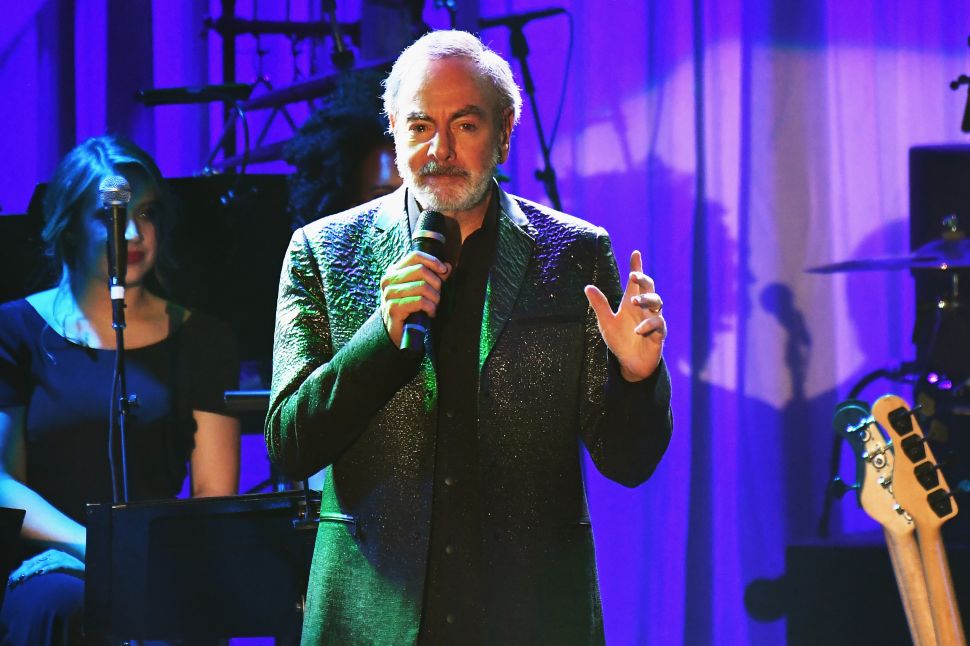