On Tuesday night, it was reported that the much-delayed third Cloverfield movie, which has been going by working titles such as God Particle and Cloverfield Station, may not be hitting theaters after all. Why? Because it looks like Paramount is trying to offload the property to Netflix.

This isn’t completely unheard of, as Netflix has recently acquired the international rights to New Line’s Shaft reboot and Paramount’s eco-horror Annihilation (which we’re looking forward to). However, this new deal would see the streamer acquire Cloverfield 3 in its entirety, both domestic and international.

We’re all for Netflix turning one studio’s trash into their treasure, but this is a bad move for everyone involved.

The space-station set sci-fi thriller—which stars David Oyelowo, Daniel Brühl, Elizabeth Debicki and Gugu Mbatha-Raw—was originally set to be released on October 27, 2017, before it was moved to February 2, 2018 and then to April 20.

Word on the street is that the final product doesn’t quite coalesce together and that producer J.J. Abrams was planning on tinkering with it in post-production through his Bad Robot studio before being whisked away for another adventure in a galaxy far, far away.

So it’s possible that Cloverfield 3, which is estimated to have cost roughly $40 million, isn’t worth the marketing expenses in the eyes of Paramount. Even if that is the case, it marks a failure for both studio and streamer.

Over the last two years, Paramount has fallen to last place in the all-important Hollywood franchise wars. Over the last 10 years, the Cloverfield title has proven to be a quality bang-for-your-buck investment. The 2008 original cost just $25 million and earned $170 million worldwide; 2016’s 10 Cloverfield Lane, one of the studio’s few hits in the last two years, cost $15 million and earned $107 million worldwide.

In an age where IP titles are the name of the game, Paramount needs to be successfully leveraging any advantage they have.

The studio essentially sold off the rights to the Marvel Cinematic Universe midway through Phase I for a quick infusion of cash. The Transformers franchise appears to be on its last legs, spinoffs be damned. Star Trek is wheezing, unless Quentin Tarantino decides to breathe new life into it, and the less said about Teenage Mutant Ninja Turtles the better.

Paramount is running out of profitable options. It’s the studio’s job to piece together palatable offerings and hold on to valuable properties, a mandate they are failing on both sides with this reported deal.

Neither the studio nor Netflix returned our request for comment.

While speaking to Brühl about his new show The Alienist, the actor was reluctant to reveal anything to us about the movie.

“It’s so secretive. I’m too scared to tell you anything about it. I may end up in Bad Robot prison, so I’d rather be careful,” he told Observer.

As for Netflix, this deal sends the wrong message if Cloverfield 3 is indeed a mess.

The streamer has long struggled on the cinematic side of things but was finally starting to change its reputation with quality blockbuster counter-programming like Okja and the Oscar-nominated Mudbound. Hell, even Will Smith’s Bright, despite its many flaws, appears to be a viewership hit and a sign to other movie stars that Netflix is willing to spend big on “mainstream” movies.

But making a play for Cloverfield 3 comes across as providing a dumping ground for the studio’s unwanted trash. It paints the company as the B-squad that only comes along when a movie isn’t good enough to be released in theaters and that’s not a narrative Netflix wants associated with its name.

If Cloverfield 3 does end up being good, then only Paramount will be seen as a loser in this deal. But until we know that, it’s not exactly a homerun for either team. 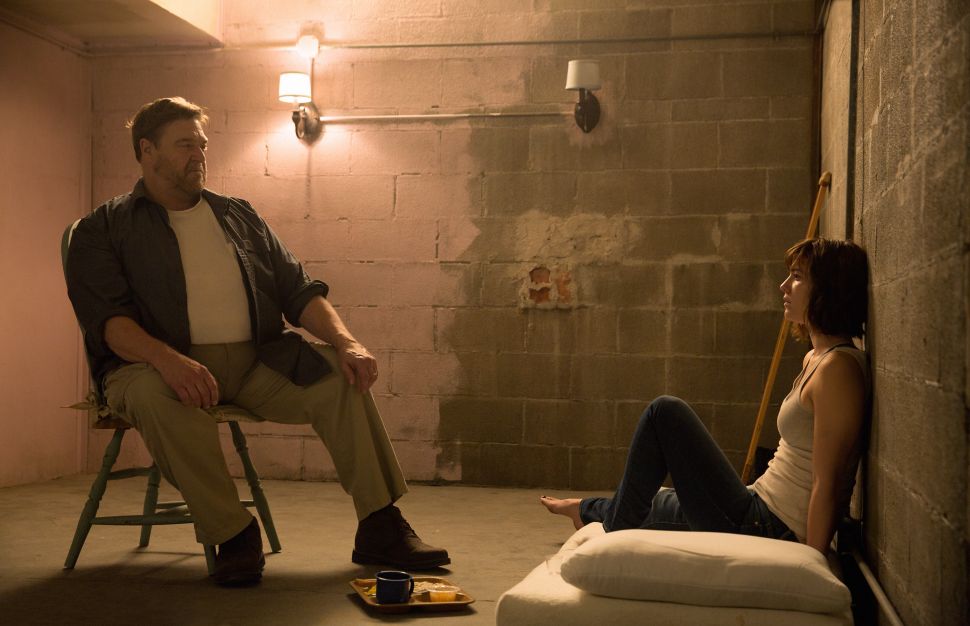