From the World Economic Forum to the annual Bilderberg Summit, Niall Ferguson buzzes through powerful networks. A senior fellow at Stanford University’s Hoover Institute, Ferguson launched into the academic stratosphere by analyzing empires and the powerbrokers who build them, advocating for Western hegemony even as the United States entered the Iraq War. His subjects include the Rothschild Family and former Secretary of State Henry Kissinger—who selected the Scottish academic as his authorized biographer while providing unmitigated access to his private letters sealed in the Library of Congress.

In writing about history’s titans, Ferguson became one in his own right: Time Magazine named him one of the most 100 influential people in 2004, while Republican Senator John McCain hired him as an advisor during his 2008 U.S. presidential campaign.

In the Trump era, Ferguson has brandished his intellectual credentials by putting the seismic shifts caused by global networks and social media into historical context. The historian’s newest book, The Square and the Tower, argues that networks have always been the driving forces upending deeply entrenched state hierarchies, whether through the Protestant Reformation or the American Revolution.

The rise of Silicon Valley, and the subsequent democratization of all information, has transformed networks into increasingly powerful and unstable mechanisms. Social movements like #MeToo topple cultural industry, while authoritarian regimes in Russia and China subvert networks into apparatuses of the state.

“Silicon Valley needed a history lesson, and Ferguson has provided it,” Alphabet Chairman Eric Schmidt wrote of The Square and the Tower.

To understand the extent in which Facebook and Google have altered our political system, we called up Ferguson to discuss disinformation campaigns, networks and Special Counsel Robert Mueller’s investigation into the president.

Observer: What can the history of networks and hierarchies teach us about how technology is changing them?

Niall Ferguson: Some of the most viral phenomena in history, such as Christianity or Islam, did not require technology to spread and affected largely illiterate populations. But what’s very striking is, that throughout most of history, the advantage lies with hierarchal structures of power.

Most of history is really about states, whether they’re monarchies or republics, fairly hierarchal ordered religious institutions, armies, bureaucracies, etc.

There are two periods when technology shifted the advantage to distributed social networks. There’s a powerful similarity between our time and the 16th and 17th centuries when the printing press really disrupted hierarchal structures of power and allowed knowledge to spread through social networks that were strikingly decentralized.

Do networks and hierarchies work harmoniously or is there an inherent conflict between one another?

A hierarchy is really a network in which one or more nodes are very central, and all the other nodes have to go through them. Technically speaking, any institution you care to name can be graphed like a social network and that graph reveals which nodes have the highest centrality.

If you graphed Stalin’s Soviet Union, you’d see this extraordinary skewed network in which one node, namely Stalin, had almost all communication going through him, and if you were elsewhere in the network, you couldn’t communicate horizontally without risking your existence.

In strict terms, we’re talking about the continual spectrum ranging from one extreme to the distributed networks we see emanating from Silicon Valley, which, although not completely egalitarian, are fairly decentralized. I think there is an inherent tension between any very hierarchal structure and a distributed social network: The hierarchal structure views the social network with suspicion and sometimes with very good cause.

You say that these companies in Silicon Valley are decentralized, but it seems they’re very consolidated regarding capital and the concentration of data.

The paradox of Silicon Valley is that it proclaims a very decentralized network era in which cyberspace is inhabited by free and equal netizens; yet in practice, it’s created its own extraordinarily unequal hierarchy personified by the FANG companies and the people who own them. The rhetoric of Silicon Valley has been that we’re going to be more democratized by connectedness, but the reality is that large social networks are not very democratic; they actually magnify the existing inequalities in our society.

Or creates a new version. It was new people who became the titans of the 19th century, the Carnegies and Rockefellers. In one sense, the giants of Silicon Valley, like Mark Zuckerberg and Jeff Bezos, are the equivalent to Andrew Carnegie and his contemporaries.

But in our time, we now have a network inequality projected onto an existing market inequality that amplifies it. To give an example, those who are in a position to take big, speculative positions in Bitcoin are already quite wealthy from the last generation of technology.

It’s reminiscent of Marx’s philosophy that the bourgeoisie is never fixed and subject to renewal.

There’s a consolation offered by large monopoly companies which is, “Don’t worry, we won’t be monopolies for too long. New giants will come and displace this.” And that’s the standard way in which Google and Amazon have fended off the anti-trust movement from the Democratic Party. But there’s never really been such a concentration of power in content publishing as now exists.

In the age of the printing press, it was a decentralized public sphere. Whereas, what’s happened, thanks to how Google and Facebook have been run, is unique in that the public sphere is becoming highly concentrated through those network platforms. It does drive a real distortion of the public sphere because it doesn’t matter whether something’s true or false. William Randall Hearst never had that type of market share, even at the height of his power, and I find it oddly disconcerting that the people running those companies act as if they weren’t massive content publishers.

How did networks become so polarized through technology?

The literature on ‘homophily’ in sociology, where the birds of a feather flock together, made it predictable. What was missing from a lot of the thinking from the ’90s until 2016 was the recognition that large social networks would be inclined to polarize rather than forming one global community.

Websites like Twitter incentivize extreme views; you’re more likely to get engagement through emotive words. I’m not sure the term ‘echo-chamber’ really describes the reality because people get stimulated through the violent reaction from people on the other side.

Kissinger likened cyberspace to Thomas Hobbes’ ‘State of Nature.’ Although social networks have centralized the powers of the state, such as with U.S. and Chinese surveillance, they’ve also brought about massive instability. What are some of the challenges that we’re going to have to deal with in such a paradoxical system?

The Chinese Communist Party has understood the potential of online social networks as mechanisms for social control and has co-opted them as state apparatuses. If you go to Beijing and talk to some people, they’ll tell you it makes the one-party state viable. Whereas in the West, we are in a limbo where the network platforms are remarkably unregulated and autonomous, standing at an ambiguous relationship in the state. One saw that after the Snowden revelations exposed the PRISM program. U.S. national security agencies tried to co-operate the FANG companies, but the lid got blown. It was then necessary for those companies to signal that they wouldn’t cooperate with the state, even when it came to unlocking the cellphones of terrorist actors.

We have a paradoxical situation where the state knows less about its own citizens than Facebook does. I think the big question for the West over the next five years is going to be, “What regulatory framework is appropriate under those conditions?”

Although Trump framed himself as a political outsider, he was ingratiated with elite networks. What did his election signify in the context of networks and hierarchies?

Trump’s election was only possible because of Facebook and Twitter. If the network platforms hadn’t existed, it would have been a much more conventional campaign. The Trump campaign, because it was so improvised, had a more network-like character than the Clinton campaign, which was quite hierarchically structured. Relatively decentralized and freewheeling, the Trump campaign was more nimble and able to adapt to the opportunities presented by white, working-class voters in states that had voted for Obama.

What’s fascinating about the question of Russia’s involvement is that it illustrates how extraordinarily vulnerable our society is to penetration by a hostile network. The Democrats couldn’t defend their emails, and the Republicans couldn’t prevent themselves from being penetrated by Russia intel either.

That to me is the real significance of 2016. What we still haven’t got is a really good analysis of the Trump network. Robert Mueller should produce that because I don’t think you can properly establish what happened in 2016 until you show, formally, the network structures of the Trump campaign and the parts penetrated by the Russians.

Has the world power dynamic shifted back into spheres of influence, multipolar structure reminiscent of Otto Von Bismarck’s Europe?

Yes, although I would say take the analogy of a slightly earlier period: The Congress of Vienna. We can’t run the international system as a network. You’re not going to solve the problem of North Korea’s nuclear arms program with a hashtag. It is only a problem solvable at the level of international order. The only real mechanism for solving it is the United Nations Security Council, which has five permanent members.

At the end of the book, I throw out the suggestion from the vantage point of the five permanent members, it makes a lot of sense to work together because most of the problems they confront, whether it’s nuclear proliferation or cyber-warfare or Islamic terrorism, require cooperation rather than competition. Whether they will cooperate or not is another matter. 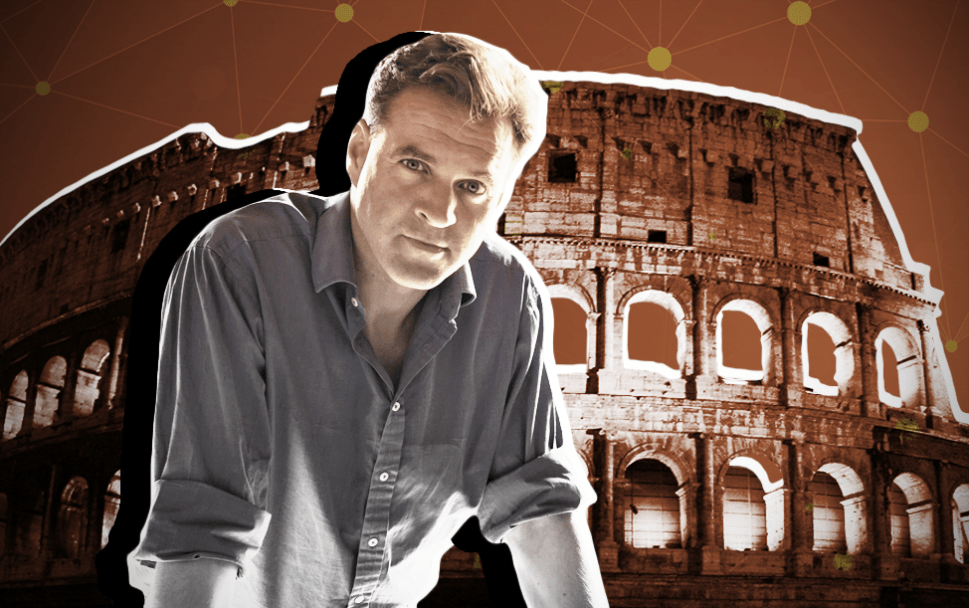