New York City has sued five of the United States’ biggest oil companies on the grounds that they have contributed to global warming and will divest from fossil fuel companies over a five-year period.

Mayor Bill de Blasio is seeking damages from BP, Chevron, ConocoPhillips, Exxon Mobil and Royal Dutch Shell for the billions of dollars he anticipates the city will spend to protect New Yorkers from the effects of climate change. The city filed the lawsuit on Tuesday night.

The city wants compensation for damages that the city has already experienced, as well as for damage the city will undergo over the course of the 21st century. The mayor pointed to the financial and physical damage stemming from Hurricane Sandy in 2012.

“It took 44 lives here in New York City, unleashed $19 billion worth of devastation in a matter of hours,” de Blasio told reporters at the Manhattan Youth Center in Lower Manhattan on Wednesday afternoon. “That is the face of climate change. That’s what it means in human and real terms. That’s why we have to do everything we can to stop it.”

The resiliency measures include physical infrastructure, such as coastal protections, upgraded and sewer infrastructure, heat mitigation and public health campaigns, to help protect residents from the effects of extreme heat, for example.

The city is implementing a $20 billion-plus resiliency program to safeguard residents and build resilience against rising seas, stronger storms and hotter temperatures.

De Blasio noted that the Manhattan Youth Center was left with 20 feet of standing when the hurricane was over—and that it took years to fix the damage.

“Make no mistake: we’re fighting for our lives, and we can’t depend on anyone else to do it for us,” he continued. “The city is standing up and saying we will take our own action to protect our people. We’re not waiting. We’re using our tools, our power so we can make a difference.”

The mayor told reporters the city is on track to meeting its goal of reducing greenhouse gas emissions by 80 percent by 2050 and vowed to abide by the Paris climate change accord. On Wednesday, President Donald Trump said the U.S. “could conceivably go back in,” if there was a more equitable arrangement after backing out in May 2017.

When asked about whether congestion pricing would help address environmental issues, de Blasio insisted past proposals have been unfair and that Albany has not presented a new plan.

He also maintained he is taking steps to reduce his carbon footprint, saying he has already done so with the home he owns and that his car is a hybrid. In December 2015, he announced the NYC Clean Fleet, a plan to establish the largest electric vehicle fleet of any American city.

“There will be fierce resistance to this lawsuit, and it’s going to take a while to be resolved,” Carter said.

The mayor and city comptroller Scott Stringer plan to submit a join resolution to pension fund trustees to start analyzing ways to divest from fossil fuel owners—a first-in-the-nation goal. In total, the city’s five pension funds hold about $5 billion in the securities of more than 190 fossil fuel companies, according to the administration.

Stringer told reporters that his staff and de Blasio’s staff worked closely and met at City Hall this week.

“We’re gonna crunch the numbers and make a plan so that we get New York City’s pension funds into the business of making the planet cleaner and greener… and we’re going to do it while maintaining our fiduciary responsibilities,” he said.

In December, Gov. Andrew Cuomo announced a plan to divest the $200 million New York State Common Retirement Fund from fossil fuel investments and develop a “de-carbonization” plan. State comptroller Thomas DiNapoli said there were no immediate plans to divest the Common Fund’s energy holdings but welcomed the opportunity to partner with Cuomo.

More than half of the greenhouse gas pollution from the fossil fuel industry has occurred since 1988, according to a recent analysis. Sea levels have risen about one foot since 1900 with much of the increase stemming from climate change.

Public Advocate Letitia James noted experts say by 2200, all of Lower Manhattan, Coney Island and large swaths of Staten Island and Queens will be “completely underwater.” She pointed to floods in Houston, fires in Southern California, snow in Tallahassee and Hurricane Maria in Puerto Rico.

“It’s up to us, it is up to each city and state to harness its resources and tools to address the major threat of climate change, and New York City has made great progress,” James said.

Environmentalist Bill McKibben, who has been watching the climate fight for the last 30 years, argued the city “sent a global signal today.”

“That signal, first of all, is that we need action and fast and that leadership can come from cities and states and regions and provinces,” McKibben said. “Second—and I think this is just as important—the days of pretending are over. In recent years, the oil companies have tried to say that they can be partners in the city, that we can engage with them, but these token concessions are nothing next to their ongoing grabs for more.”

Climate activist Naomi Klein called it a “collective victory” for the climate justice movement in the city and around the world.

She recalled going to the Rockaways in Queens during Sandy and witnessing people in public housing spending the longest amount of time without electricity.

“It is the same people who are already bearing these outsized impacts of climate change who also bear these impacts of austerity and cutbacks,” Klein said. 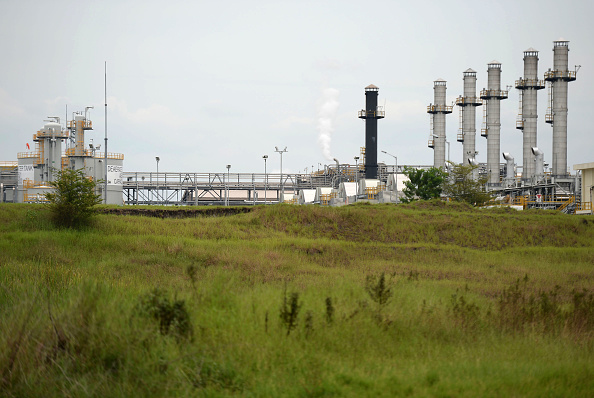