The Federal Emergency Management Agency and New York City officials are currently in talks about redrawing the city’s flood zone maps in accordance with climate change developments for the first time since the 1980s.

The last time that the city’s Flood Insurance Rate Maps, or FIRMs—which outline areas that are at high risk for flooding—were updated was in 1983, according to the city. Those maps are created through a mapping process that considers factors such as topography and the types and strength of storms that have historically affected the region.

Property owners with federally-backed mortgages on buildings in high-risk areas on the maps have to buy flood insurance.

In 2013, FEMA recommended preliminary maps following Hurricane Sandy in 2012, which ravaged the city and cost the city $19 billion. Those revised maps would have doubled the area of flood zones, as well as the number of individuals in those zones, according to the New York Times.

FEMA launched the formal process in December, and the city anticipates preliminary maps in 2021, Jainey Bavishi, director of the Mayor’s Office of Recovery and Resiliency, told Observer.

She said FEMA agreed to revise the city’s flood maps after the city successfully appealed FEMA’S 2015 preliminary flood insurance rate maps. The city’s review of the 2015 FIRMs found errors in the agency’s modeling that led to an “overestimation” of the size of the 100-year flood plain, she noted.

“The revisions will assist NYC in making coastlines more resilient and climate ready while ensuring homeowners are not required to purchase more insurance than their current flood risk requires,” Bavishi said in a statement.

Michael Moriarty, director of the mitigation division of FEMA Region 2, which includes New York, also confirmed to Observer on Tuesday afternoon that the process is in progress.

“We’re having meetings now just like we would have in the beginning of the process to scope the mapping effort so that can get underway,” Moriarty said.

New York City would become the first major city to have its flood zones factor climate change issues, including factors such as rising sea levels and more robust storms, the The New York Times reported.

Moriarty said coastal studies to reverse the maps were underway before Hurricane Sandy and were almost complete when the hurricane struck. The flood insurance studies done in the previous three to four years, he noted, form the basis of what became the advisory base flood elevation maps.

The maps that were in development at the time of Sandy were about 90 percent complete, he said.

He added that FIRMs must undergo a regulatory process that lasts months.

When the agency completes the first version of the maps, they become preliminary. They subsequently have to meet with community officials to review them for accuracy based on input they receive from the city. After that, they present the maps at public meetings so individuals are aware of whether or not they are in the flood zones.

Once the maps are finalized, there is a 90-day appeal period in which members of the public can appeal.

Moriarty said that due to Sandy, they were unable to go through the regulatory process and could only use their maps to form advisory base flood elevations in an effort to help with recovery and reconstruction efforts. This, he explained, allowed people to know where they should build as well as how high to build, for example.

“The preliminary maps that came out, the city of New York adopted those as part of the building code,” he added. “So they’re relying on those maps for reconstruction and building but not for insurance rates.”

Daniel Zarrilli, the city’s chief resilience officer and senior director for climate policy and programs, told the Times that homeowners should expect to be in “limbo” for years. Still, he maintained the circumstances would have been much worse if the city had not “worked to protect affordability and incorporate climate risks onto the maps.”

“We don’t want to jack up insurance rates and cause a foreclosure crisis, and we want a smoother glide path to a better flood insurance program, and more accurate maps,” Zarrilli said. 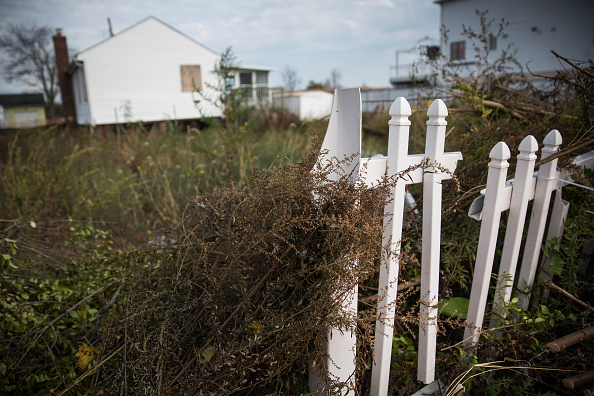