More than 470,000 New York City residents stand to benefit directly or indirectly from the bipartisan DREAM Act, if Congress passes it, according to Mayor Bill de Blasio’s administration.

Roughly 150,000 Dreamers in New York City would immediately benefit or be potentially eligible for protection from deportation if Congress passes a bipartisan bill introduced by Sens. Dick Durbin (D-Ill.) and Lindsey Graham (R-S.C.), according to an analysis by the Mayor’s Office of Immigrant Affairs, which released its findings on Thursday afternoon.

The 150,000 beneficiaries include 110,000 who would be immediately eligible for status under the legislation and another 39,000 who would qualify once they fulfill the bill’s education requirement. And 320,000 New Yorkers who live with those 150,000 Dreamers could indirectly benefit by having more economic stability and less anxiety over the risk of deportation for Dreamers.

“It’s past time Congress recognize what New York City always has: Dreamers are Americans,” de Blasio said in a statement. “470,000 New Yorkers could benefit from the DREAM Act. Even more of us will keep fighting together until Washington upholds its commitment to Dreamers.”

In September, President Donald Trump ended the Deferred Action for Childhood Arrivals (DACA) program for undocumented immigrants brought to the United States in their early childhood. A recent court decision mandated that the federal government start accepting DACA renewal applications for some individuals.

On Wednesday, Senate Minority Leader Charles Schumer insisted there is “very strong support” among Democrats for voting against a short-term spending bill that does not include protections for DACA recipients. Schumer described Durbin and Graham’s bill as a “fair, down the middle compromise” that tackles all of the issues Trump sought to address in a bipartisan deal.

This week, Bitta Mostofi, acting commissioner of the Mayor’s Office of Immigrant Affairs (MOIA), traveled to Washington, D.C. to meet with congressional lawmakers to advocate for Dreamers on behalf of the de Blasio administration. During the visit, Mostofi also represented Cities for Action, a coalition of more than 175 mayors and county executives pushing for “pro-immigrant” and “pro-refugee” policies.

“Dreamers add billions to our city’s GDP every year, and the DREAM Act would economically empower and strengthen immigrant families,” she said in a statement. “Tens of thousands of children go to sleep at night worried about their Dreamer family members, and we have legislation that would ease that burden. All Congress has to do is pass it.”

The typical Dreamer living in the city entered the United States at the age of 11 and has lived in the country for 13 years, according to the agency.

In 2017, Dreamers contributed $4.7 billion in gross domestic product for New York City, and Dreamers earn $2 billion every year. And roughly 37 percent of Dreamers work in construction or the hotel and food services industries, where they make up close to five percent of the total workforce in both industries. 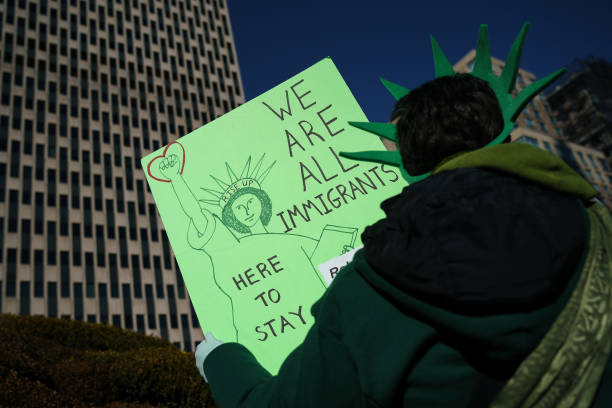