U.S. Sen. Cory Booker, a vocal critic of President Donald Trump and of Jeff Sessions’ appointment as attorney general, will now oversee Sessions’ Justice Department as a member of the Senate Judiciary Committee. The high-profile appointment will give Booker even more opportunity to raise his national profile in the coming years, and the state’s junior senator seems eager to embrace it.

There were no big surprises Tuesday as Gov. Chris Christie delivered his final State of the State Address, with Governor Christie touting his record and issuing warnings that progress made during the last eight years could easily be lost.

The legislature reorganized for the upcoming session, and some veteran lawmakers left the State House to make room for their successors. Among these was state Sen. Raymond Lesniak, who retired after 40 years.

As the Christie era ends in Trenton, so will the state-sponsored anti-addiction commercials featuring the governor. Christie, who has yet to announce his plans for life after leaving office, will have to find some other way to promote his anti-addiction agenda.

Quote of the Day: “Now more than ever, at a time of Jeff Sessions and Donald Trump, I want to be there to check what I think are some of more outrageous and awful things they are doing,” – Cory Booker, following his appointment to the Senate Judiciary Committee

In Final State of the State, Christie Proud of a Record ‘of Consequence’
In his formal farewell to New Jersey, Gov. Chris Christie on Tuesday reflected with pride on his eight years as governor, while warning that much of his work can quickly be undone by Phil Murphy, the Democrat who will succeed him next week.
The Record Read more

Full Text of Christie’s 2018 State of the State Address
Before we begin, let us rise one more time for, not a moment of silence, but for a moment of celebration, for the extraordinary life of Governor Brendan Byrne. That is what he would have wanted—not silence, but celebration.
The Record Read more

These 7 Longtime Jersey Lawmakers Are Saying This: Goodbye
When its newest edition took office at noon on Tuesday, the New Jersey Legislature was missing something it hadn’t been without in four decades: Raymond Lesniak.
NJ.com Read more

What Christie Thinks, in One Sentence, about 20 Prominent People
Gov. Chris Christie has met many people in the past eight years, and he’s had plenty of time to form impressions.
NJ.com Read more

Anti-Addiction Marketing Campaign Coming to an End as Christie Says Farewell to Office
The ads have been ubiquitous, popping up in Twitter promotions and on television screens during sporting events, prime-time programs and holiday specials. Emotional and dramatic, their centerpiece is Gov. Chris Christie as he urges people struggling with addiction to reach out for help or as he comforts someone at a vigil for victims of drug abuse.
The Record Read more

A New Quest to Let You Deduct Prepaid Property Taxes
New Jersey residents who prepaid their 2018 property taxes should be allowed to fully deduct them, even if they didn’t receive a bill, according to the nine Democrats who represent the state in Congress.
NJ.com Read more

Trump’s Salvadoran TPS Plan Would Be Felt on ‘Many Levels’ in N.J.
The decision to end Temporary Protected Status for more than 200,000 Salvadorans across the country will cause a tremendous impact on New Jersey, experts say.
Jersey Journal Read more

Surprise! School Bus Camera Bill Fails to Pass in Senate
On a day of legislative speed-dating, when 140 bills were approved and sent to Gov. Chris Christie, mostly without debate, the school-bus camera bill was a colorful exception—and then unexpectedly didn’t pass, despite support from 90 percent of lawmakers.
NJ101.5 Read more

N.J. Could Outlaw Elephants and Other ‘Exotic Animals’ at Circuses and Fairs
The state legislature voted Monday to protect elephants and other exotic animals from harm by prohibiting their use at fairs and circuses in New Jersey.
NJ.com Read more

Gov.-Elect Phil Murphy Swears in Stephanie McGowan to Rutherford Borough Council
With her family alongside her, Rutherford Borough Council member Dr. Stephanie McGowan was sworn into office during the council’s reorganization on Jan. 1, with the honors done by Gov.-elect Phil Murphy. McGowan’s council colleagues then selected her as the council president for 2018.
The Record Read more

These Are the Books N.J. Doesn’t Want Prisoners to Read
Perhaps “Fifty Shades of Grey” could teach an inmate how to tie knots. Maybe “A Game of Thrones” would reveal how to sharpen a blade. But why were some New Jersey prisons banning a book about the politics and policy behind mass incarceration?
NJ.com Read more

Lawmakers Flush Christie’s Septic Plan for Highlands Reservoir Region Down the Drain
A plan by the Christie administration to allow more development in the most protected regions of the Highlands was shot down by the legislature late Monday, blocking what many saw as a serious threat to an area that supplies drinking to millions.
NorthJersey.com Read more

College Is Running out of Chances to Save 500 Jobs, 9K Students’ Studies
For all the friction that has torn at the revolving door of Essex County College’s leaders in the last few years, 2018 will be the true test of whether the new overseers can extricate the institution from its precarious accreditation status.
NJ.com Read more

Hackensack DPW Supervisor Accused of Racketeering Retires; City Likely to Pay Him $100K
A city public works supervisor accused in a federal lawsuit of racketeering has retired and is expected to collect a six-figure payout for his unused sick and vacation time.
The Record Read more

Emerson Redevelopment Project Could Be Heard by the Spring, Mayor Says
The borough Land Use Board could begin hearing a controversial application for a mixed-use Kinderkamack Road development as early as this spring, according to Mayor Lou Lamatina.
The Record Read more

Fairview on Target for Spring Municipal Complex Opening
After more than 70 years operating out of a former bank building, Fairview will soon open the doors to a new municipal complex. The new building will house the police and fire departments as well as administrative offices for town services.
The Record Read more

Moran: 3 Final Questions for Chris Christie
The best thing about Gov. Chris Christie’s State of the State speech Tuesday was that it was his last one. We made it to the finish line, bruised but unbowed. The wounds will heal.
NJ.com Read more

Mulshine: To Be Charitable, Phil Murphy Needs a Better Plan on Property Taxes
Brendan Byrne may be gone, but he’s not forgotten. The former governor died last week at age 93, but one of his ideas is starting to look better than ever in light of the recent change in federal tax laws.
NJ.com Read more

Editorial:Christie and NJ Transit: A Marriage of Deep Denial
Chris Christie cannot bear to acknowledge the grim reality about NJ Transit, which has become a national punch line on his watch, so he has anointed himself the cockeyed arbiter of history.
Star-Ledger Read more

Editorial: Christie’s Farewell Address to New Jersey
Governor Christie delivered his final State of the State speech Tuesday. About his decision to seek the governorship, he said, “I ran to win. I always run to win. I ran to be a governor of consequence.” That last statement is partly true, but Christie also will be remembered as the governor whose legacy was shaped by the consequences of his actions.
The Record Read more 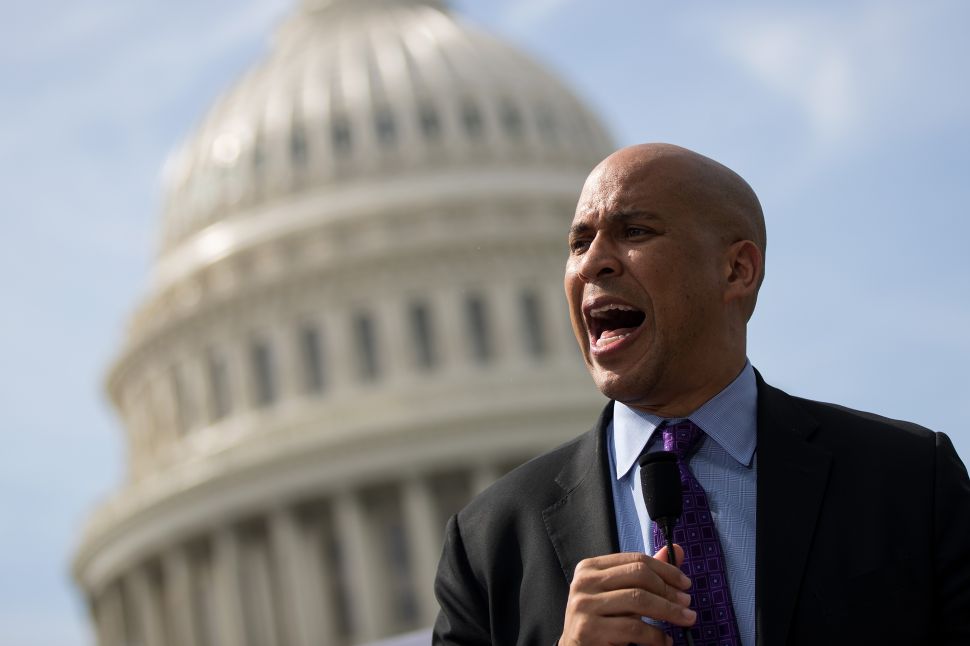