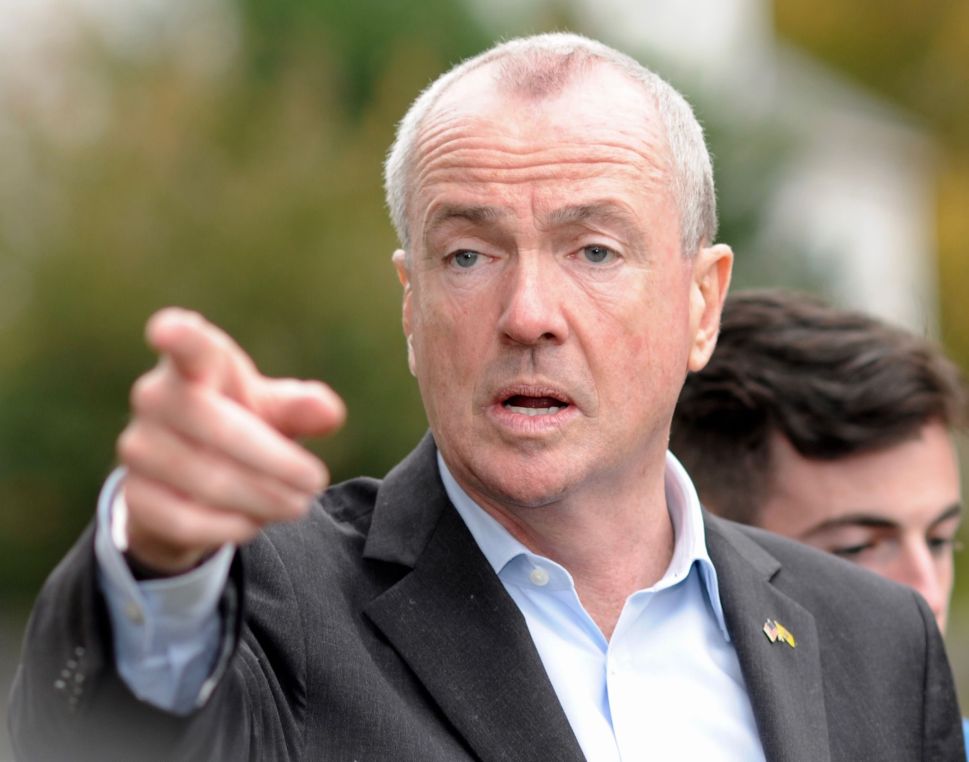 Gov. Phil Murphy, who campaigned on a pledge to make New Jersey a “sanctuary state,” wasted no time Thursday when it was reported that Immigration and Customs Enforcement (ICE) officials detained two Indonesians earlier that morning in central New Jersey.

Murphy seized the occasion to make an appearance at the Reformed Church of Highland Park, where three people have sought sanctuary in the church, which has long housed immigrants, according to a report on NJ.com

“We’re here to highlight the injustice of the Donald Trump administration,” said the Democratic governor, who on Wednesday had announced the state would join other states in a lawsuit challenging the Trump administration over its plan to end the Deferred Action on Childhood Arrivals (DACA) program.

Another piece of Chris Christie’s legacy seems headed for the scrapheap, as state Democrats move to do away with regulations capping the salaries of school superintendents. The politicians maintain that it’s tough to retain top talent when compensation is limited to the neighborhood of $200,000. Christie had capped the salaries in an effort to control the state’s notorious property tax problem.

And the state has another top designation it would like to see go away, with New Jersey once again leading the nation in foreclosures, according to this report.

Quote of the Day: “At the end of the day, the only thing green about the bill is money it’s taking from the ratepayers,” — Jeff Tittel, the New Jersey director the Sierra Club, on a revised nuclear subsidy bill that would now also promote wind energy projects.

Cap on N.J. Superintendents’ Salaries May Soon Follow Christie out the Door
A week after Republican Gov. Chris Christie left office, New Jersey Democrats are beginning a push to reverse one of his controversial education policies.
NJ.com Read more

N.J. Leads the Nation in Foreclosures: See Which County Had the Most
New Jersey once again claimed the infamous honor of leading the nation in foreclosures in 2017.
NJ.com Read more

In Showing His Progressive Bona Fides, Murphy Turns to Strategy Used by Christie
Gov. Phil Murphy, who took office last Tuesday, has an ambitious progressive agenda that’s going to take a long time to enact—if he can get the legislature to go along with it.
Politico Read more

Blueprint for Universal Health Insurance for All NJ Kids—Including Undocumented
New Jersey has made significant progress in extending health insurance to poor and middle-class children, but the results lag those seen in many other states and some 70,000 kids still lack coverage.
NJSpotlight Read more

Clergy Members Blast DOJ for Suggesting Prayer Could Bias Menendez Jury
A group of clergy members on Thursday denounced the Department of Justice for suggesting their prayers with Sen. Bob Menendez during his corruption trial last year could have influenced the jury.
Politico Read more

Gov. Murphy Races to Sanctuary Church After ICE Detains 2 in N.J.
Gov. Phil Murphy rushed to a church that has provided sanctuary for immigrants on Thursday after two Indonesians were detained by Immigration and Customs Enforcement officials and a third sought refuge in the church.
NJ.com Read more

This Spot in Jersey Is America’s 2nd-Worst Traffic Nightmare
Ready to cross the George Washington Bridge? You already know you’ll have to wait. What you may not know is that you’ll be crawling through one of America’s epic spots for traffic congestion.
NJ.com Read more

N.J. Agency That Funds Miss America Knew Back in October That Dick Clark Had Severed Ties with the Pageant
The New Jersey Casino Reinvestment Development Authority knew back in October—two months before the disclosure of vulgar emails that have led to a shakeup of the Miss America Organization—that Dick Clark Productions had severed ties with Miss America, newly released correspondence reveals.
Inquirer Read more

N.J. Orders Shut Down of ‘Failed’ Charter School Despite $17M Renovation
A Trenton charter school could close in June, one year after it moved into a building renovated at a cost of $17 million, because the state Department of Education decided not to renew the school’s charter.
NJ.com Read more

Strategies for Retaining Future Workforce: NJBIA White Paper
New Jersey is short about 200,000 millennials. And it’s more than a simple math problem. As the largest living generation, any loss of this age group to outmigration translates to a loss of dollars to the state’s economy, both now and in the future.
ROI-NJ Read more

HS Football Refs Who Walked out After Student Anthem Protest Have Quit
A father and son who were about to officiate a high school football game in October but walked off the field after members of one team knelt during the national anthem have resigned.
Associated Press Read more

Against NJ Transit, a Paterson Restaurant Owner Wages a Long, Lonely Fight
Before he fought the state of New Jersey and lost, Russell Graddy was something rare in this country: A rich African-American man. A sharecropper’s son who grew up picking peanuts on a farm in Georgia, Graddy moved to Paterson alone at age 15 and built an empire of restaurants and real estate, mostly in neighborhoods where white people feared to buy.
The Record Read more

Booker, Congress Members Urge Trump to Protect Weed Laws
When Donald Trump was running for president, he said states that have legalized marijuana should be allowed to enforce their owns laws.
NJ.com Read more

Jersey City Council OKs $10M Deal for New Museum
A plan to turn a county building into a city-run museum and community center advanced last night when the City Council approved a deal to borrow $10 million to buy the building and hire a consultant to help create it.
NJ.com Read more

Former Mercer County Public Figure Paul Sigmund Dies at 53
Paul Sigmund, the son of a well-known Princeton family and grandson of two members of Congress, and who worked in public life at times, died in California earlier this month.
NJ.com Read more

Editorial: Patronage Job Recipient Should Resign from Assembly
Another public servant with delusions of adequacy—a man with a seat in the legislature and a private law practice—was quietly appointed to a six-figure patronage job by his political pals recently, despite having no tangible qualifications for the position.
NJ.com Read more