New Jersey is poised to rejoin a regional effort to rein in carbon emissions six years after former Gov. Chris Christie pulled the state from the program.

The Senate Environment and Energy Committee advanced three bills Monday that would require the state’s participation in the Regional Greenhouse Gas Initiative (RGGI) and dedicate revenues from the program to clean energy projects. Gov. Phil Murphy has already pledged to re-enter RGGI, a regional cap-and-trade program that includes nine northeast states and imposes a surcharge on carbon emissions from power plants.

Murphy does not need legislation to rejoin RGGI, but one bill (S-874) would prevent the governor from unilaterally removing the state from the pact like Christie did in 2011. The measure would require legislative approval before a governor could pull out of the program.

Another bill (SCR-40) would amend the constitution to dedicate all revenues raised from RGGI to electric vehicle, clean energy and greenhouse gas reduction programs, preventing the governor from using the proceeds to plug unrelated budget holes. A third bill (S-612) outlines a spending plan for how the RGGI money should be spent. As it’s currently written, the bill would dedicate the first $300 million raised from the program on electric vehicle programs, but Smith said he would leave it up to the Murphy administration to produce a final version of the spending bill.

“This governor has campaigned on a very big and ambitious clean energy platform, and I think he and his staff should have the opportunity to give direction as to how the money should be spent to make New Jersey cleaner and greener,” Smith said.

The Senate panel advanced all three bills by 4-1 votes. Sen. Steve Oroho (R-Sussex) was the lone no vote on each one. The spending bill will be considered by the Senate Budget and Appropriations Committee, Smith said.

Christie claimed RGGI was ineffective in reducing greenhouse gases when he pulled the state from the pact in 2011. He vetoed three bills during his tenure that would have returned the state to the regional initiative.

Opponents of rejoining RGGI, including the New Jersey Business & Industry Association (NJBIA), say New Jersey is already a leader in curbing carbon emissions and producing clean power and a return to RGGI would increase energy costs for businesses and consumers.

“We’re going to increase our costs without an environmental benefit,” Sara Bluhm, NJBIA vice president for environment and energy, told the committee.

Doug O’Malley, director of Environment New Jersey, supports rejoining RGGI and said there is currently no cost to dump carbon pollution into the state’s air.

“RGGI is our best hope in this region to be able to fix that economic externality problem and to finally put a price on the cost of carbon,” he said. 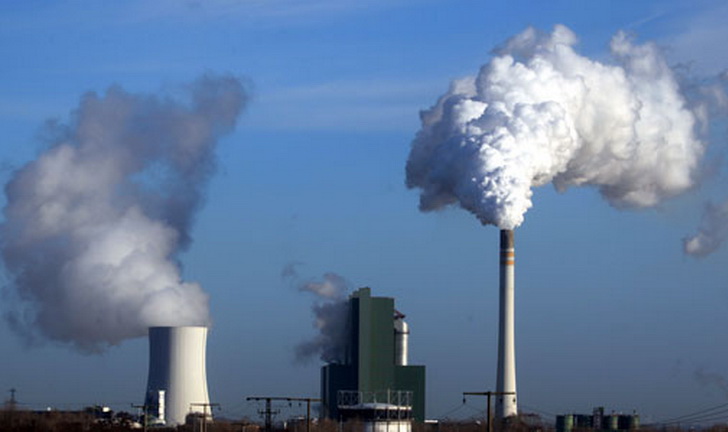