Former White House aide Omarosa Manigault is meeting with high-powered lawyers ahead of a possible sit down with Special Counsel Robert Mueller.

A source told the New York Daily News that Manigault has met with Harvey Weinstein’s former attorney Lisa Bloom and Bill Cosby’s former attorney Monique Pressley. Manigault is reportedly concerned she will become a fixture of Mueller’s investigation into Russian interference in the 2016 election.

The source also revealed that the former White House aide had a predilection for recording conversations between staffers during her time with President Donald Trump’s administration.

“Everyone knows Omarosa loves to record people and meetings using the voice notes app on her iPhone,” the source told the Daily News. “Don’t be surprised if she has secret audio files on everyone in that White House, past and present staffers included.”

A former contestant on NBC’s The Apprentice, Manigault announced she had joined the Trump campaign as the Director of African American Outreach during the 2016 Republican National Convention. Following Trump’s election, she served the president’s administration in a communications role.

But reports claiming that White House Chief of Staff John Kelly sought to contain the aide’s influence surfaced in the fall. Manigault announced her resignation in December. 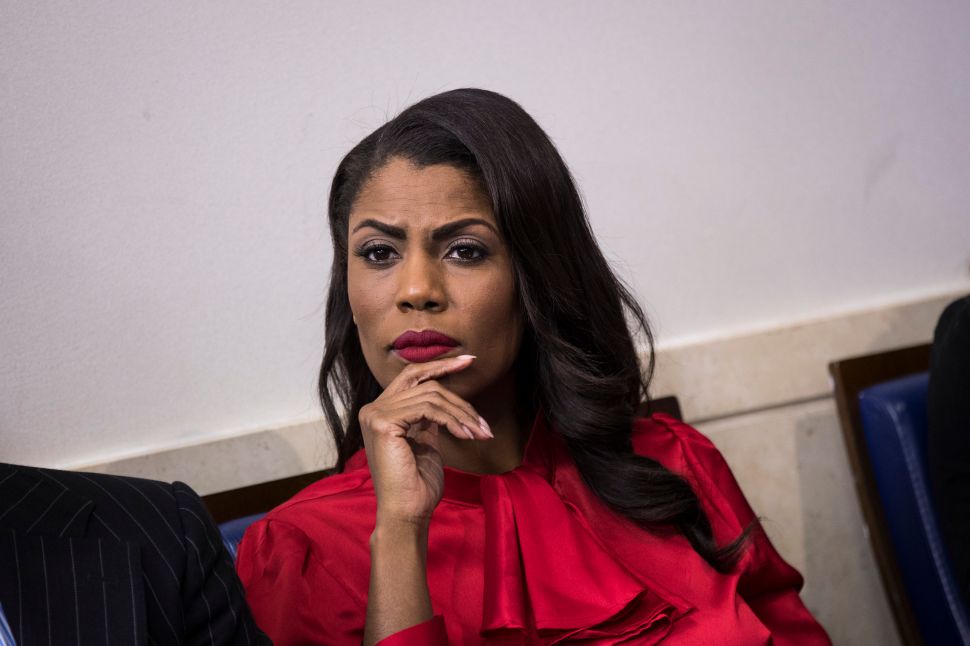