Settle down folks. Despite reports to the contrary, Oprah Winfrey is not considering a presidential run.

Don’t believe us? Just ask the woman herself.

Weeks before Winfrey’s stirring Golden Globes speech that inspired all of this presidential run talk, she gave an interview dismissing the very notion.

“I’ve always felt very secure and confident with myself in knowing what I could do and what I could not. And so it’s not something that interests me,” Winfrey told InStyle editor-in-chief Laura Brown in an interview published Thursday. “I don’t have the DNA for it.”

“Gayle [King]—who knows me as well as I know myself practically—has been calling me regularly and texting me things, like a woman in the airport saying, ‘When’s Oprah going to run?’” Winfrey added. “So Gayle sends me these things, and then she’ll go, ‘I know, I know, I know! It wouldn’t be good for you—it would be good for everyone else.’ I met with someone the other day who said that they would help me with a campaign. That’s not for me.”

Adding fuel to the “Oprah for President” fire was Discovery’s recent $70 million investment into the OWN network, installing them as majority owner. Many took it as a sign that Winfrey was preparing to take a step back from entertainment and media to focus on politics.

But alas, it wasn’t meant to be.

These new comments were made three weeks before she was honored with the Cecil B. DeMille Award at the Golden Globes earlier this month. However, Winfrey’s partner Stedman Graham, has a different view.

“It’s up to the people. She would absolutely do it,” he said.

For what it’s worth, President Donald Trump did not seem too phased by the prospect of facing off against Winfrey in 2020, telling reporters, “Yeah, I’ll beat Oprah. Oprah would be a lot of fun,” adding that he knows her “very well.”

“I like Oprah. I don’t think she’s going to run,” Trump said.

If Winfrey is indeed planning to stay in the private sector, perhaps her and Discovery can figure out a way to jumpstart OWN’s ratings in 2018. The network finished as the 46th most-watched channel of 2017 in terms of total viewers, falling seven percent from 2016. 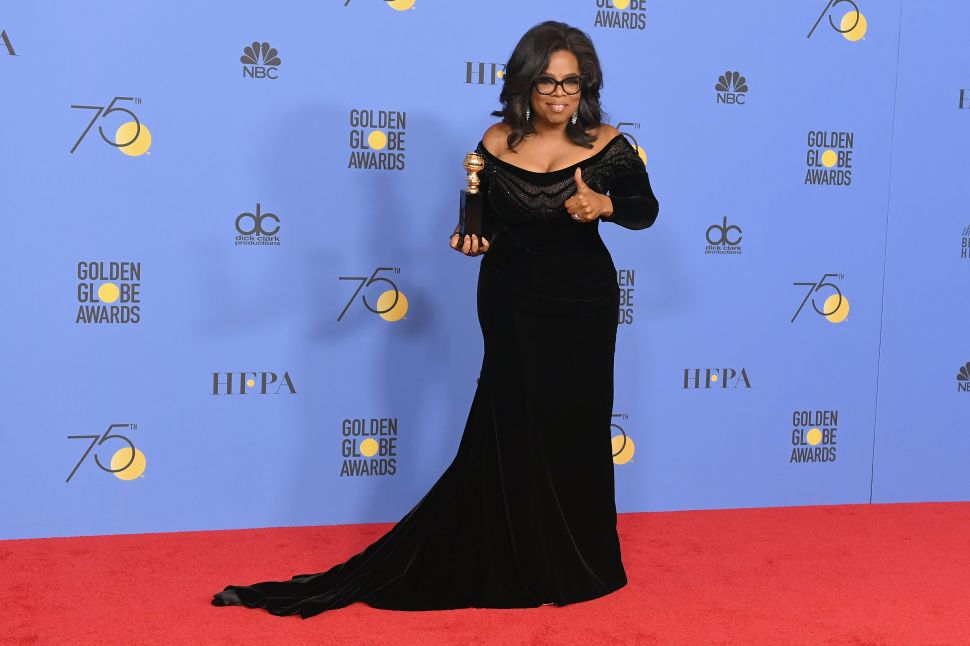