Casey Affleck has chosen not to present at this year’s Oscars ceremony where, traditionally, the previous year’s Best Actor winner will present the following year’s Best Actress Award.

Affleck won his statue last year for his role in Amazon Studios’ Manchester by the Sea. Though winners normally return the next year to present, the rule isn’t set in stone.

At the 81st Academy Awards, the honors were doled out by a quintet of past recipients. Show producers Michael De Luca and Jennifer Todd have reportedly been considering switching up the format for this year’s show, according to THR.

Deadline reports that Affleck did not want to become a distraction due to previous accusations of sexual harassment and inappropriate behavior on the set of 2010’s I’m Still Here. These allegations resurfaced last year when Affleck was making the awards circuit for Manchester.

In light of the ongoing #MeToo and #TimesUp campaigns sweeping through Hollywood, bowing out of presenting is the right movie, even though he has denied the claims and settled civil suits with his two accusers out of court.

The nominees for this year’s Best Actress award are Frances McDormand (Three Billboards Outside Ebbing, Missouri), Sally Hawkins (The Shape of ), Saoirse Ronan (Lady Bird), Margot Robbie (I, Tonya) and Meryl Streep (The Post). Here is a complete list of all the nominees at this year’s Academy Awards.

The Oscars will be hosted by Jimmy Kimmel and broadcast on March 4. 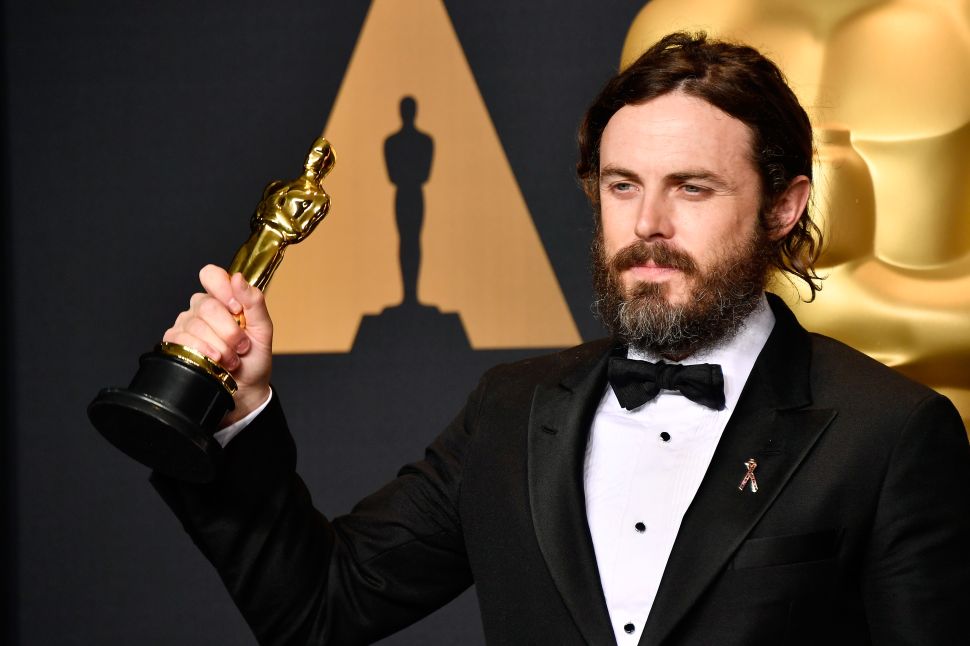