Defining a year with a single word defies logic and common sense. Yet, in many ways, 2017 was defined by outrage that crossed political, economic, social, cultural and emotional boundaries in the United States. The source of much of this outrage was fear of the future. Fear unleashed anger, and anger became outrage.

Diminishing standards of living, wage stagnation, the skyrocketing costs of health care and education, and the increasing gaps between rich and poor were grounds for this fear. In this highly polarized, divisive and entirely partisan political environment, the target for this outrage was failed and failing government.

Cleaning up “the swamp” in Washington became a metaphor for this resentment against government and one reason why Donald Trump was elected president. His first 11 months in office were marked by this still growing partisan outrage. And his tweets, many of which were coarse and crude, were accelerants that fueled it.

The president’s truculence in not condemning or confronting Russia and Vladimir Putin drew outrage from both Republicans and Democrats. His National Security Strategy released before Christmas was highly criticized for failing to place any priority on advancing democracy, human rights and Western values. And of course his Twitter war of words with North Korea and Kim “Little Rocket Man” Jung Un promoted outrage on both sides of the 38th parallel dividing the two Koreas.

Perhaps nowhere was outrage more strongly expressed than in the “me too” movement over sexual harassment. While the president and losing Arkansas senatorial candidate Roy Moore vehemently denied all charges of sexual harassment, beginning with the undoing of Fox News heavyweights Roger Ailes and Bill O’Reilly earlier this year, a veritable tidal wave of outrage consumed a litany of celebrities and members of Congress. This movement is far from over.

Outrage at home has been matched abroad. In international politics, the president’s initial refusal to embrace Article 5, the centerpiece for NATO’s security; withdrawal from the Trans-Pacific Partnership and the Paris Climate Accord; and failure to certify the Joint Comprehensive Plan of Action (JCPOA) to prevent Iran from obtaining nuclear weapons were regarded as an American global retreat ending seven decades of Washington’s leadership.

Brexit was a measure of Britains’ dislike of being bound to bureaucrats in Brussels. The wave of right-wing leaning governments coming to power in Europe likewise reflects public rejection of liberal Western norms. The president’s recognition of Jerusalem has sparked outrage in the region, in the UN, and in a large majority of the Muslim and Arab worlds.

The obvious solution to tempering outrage in American politics is beyond any chance of obtaining it. Government must be seen as working for the people, but polarized politics makes bipartisanship, civility and compromise impossible.

Closing this gap can only by accomplished in the short-term by presidential leadership. However, because Trump’s theory of governing rests in maintaining his base of about one-third of the electorate whose fear of the future and disdain of government are prime motivations, no incentive exists to change this philosophy. The conclusion is as predictable as are continued presidential tweets.

As much as outrage dominated 2017, 2018 might even be worse. Few bright spots dot the near horizon. Tax reform may keep the economy viable for the short-term. China may become more responsible about North Korea. And riots in Iran may force the Imams to listen. But do not count on any of that.

The good news is that for Americans, no existential dangers threaten us. The bad news is also clear.  We know a major cause of this outrage. But will that matter?

Dr. Harlan Ullman has Served on the Senior Advisory Group for Supreme Allied Commander Europe (2004-2016) and is currently Senior Advisor at Washington D.C.’s Atlantic Council, chairman of two private companies, and principal author of the doctrine of shock and awe. A former naval person, he commanded a destroyer in the Persian Gulf and led over 150 missions and operations in Vietnam as a Swift Boat skipper. His latest book is Anatomy of Failure: Why America Has Lost Every War It Starts. He can be reached on Twitter @harlankullman. 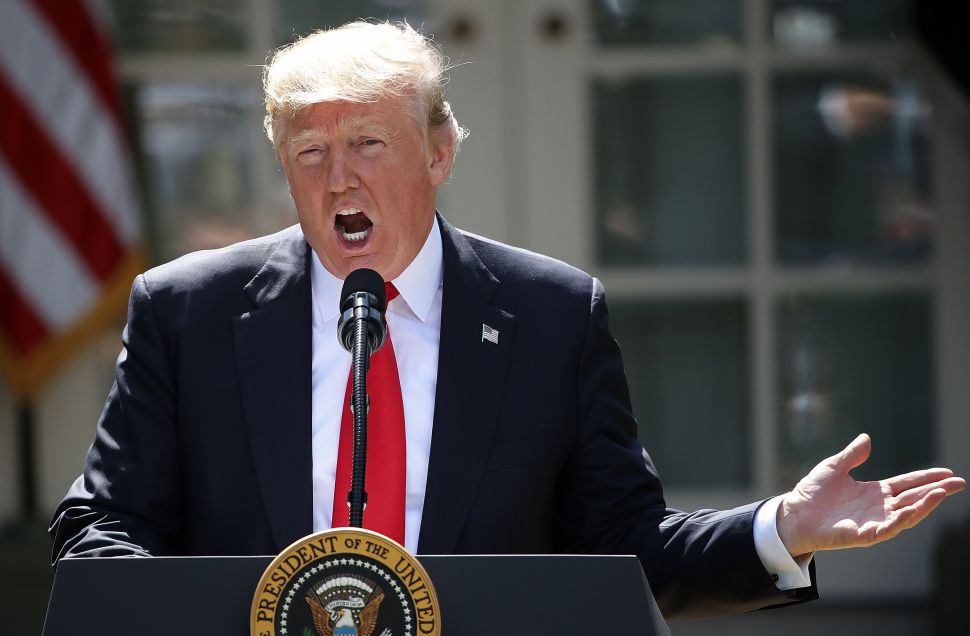