Brooklyn Assemblywoman Pamela Harris, a Democrat, has been indicted for cheating various government agencies out of tens of thousands of dollars—including nearly $25,000 from the Federal Emergency Management Agency for Hurricane Sandy—and tampering with witnesses, the U.S. Attorney’s Office for the Eastern District of New York announced on Tuesday.

Between 2012 and 2014, Harris swindled FEMA out of nearly $25,000 by falsely claiming to FEMA she had been forced out of her residence by Hurricane Sandy, according to the 11-count indictment unsealed in federal court in Brooklyn. She claimed her Coney Island residence was so damaged by Hurricane Sandy that she had to move to a temporary residence on Staten Island following the storm.

She submitted fake lease agreements to FEMA that she had allegedly entered into with the landlord of the Staten Island residence, as well as fraudulent rent payment receipts, the indictment said. She continued to live at her Coney Island residence and pocketed the FEMA payments.

And in 2016, while she was a sitting assemblywoman, she submitted the same fake documents to the NYC Build It Back Program to get additional financial help, according to federal officials. She also made other false claims to convince Build It Back to pay for significant construction to her home.

“Both before and during her tenure as a public servant, as alleged, Assemblywoman Pamela Harris went to great lengths to defraud local and federal agencies out of thousands of dollars,” FBI Assistant Director-in-Charge William Sweeney said in a statement. “In fact, at a time when many residents in her district were dealing with the horrific aftermath of Hurricane Sandy, Harris was busy brewing a storm of her own, one that resulted in her receiving significant payouts by the very federal agency charged with helping those truly in need.”

Harris, who was elected to the assembly in a special election in November 2015, fended off a primary challenge in September 2016. She represents Bay Ridge, Coney Island, Dyker Heights and other communities nearby.

If convicted, Harris faces a maximum sentence of 30 years in prison for one of the charges related to making false statements to FEMA and a maximum of 20 years on each of the wire fraud conspiracy, wire fraud, witness tampering or obstruction of justice conspiracy charges, officials said. She also faces a maximum of five years on each of the bankruptcy fraud or other false statements charges.

Between March and May 2017, after Harris learned of the grand jury’s investigation into her various fraud schemes, she directed witnesses to lie to FBI agents conducting the probe, which the witnesses did.

“When she learned that law enforcement was investigating her various fraud schemes, she pressured witnesses to lie to the FBI and cover them up,” Donoghue said in a statement. “This office and our law enforcement partners are committed to ensuring that those who serve the public are held accountable under the law to the same extent as the people they are privileged to serve.”

“The brazen corruption charged as a result of this investigation tramples on the very definition of a public servant,” Peters said in a statement.

Between August 2014 and July 2015, Harris, who was executive director of a not-for-profit organization in Brooklyn at the time, cheated the Council out of nearly $23,000 in discretionary funding by falsely claiming the not-for-profit would use the money to rent a studio space, the court documents stated.

She submitted a forged lease agreement to DYCD, the government entity that manages and doles out the Council’s discretionary fund. Once the not-for-profit got the funding, Harris redirected the funds to her personal checking account and used the money to pay for personal expenses.

Between July 2015 and January 2017, Harris committed a nearly identical scheme—but this time as a sitting Assemblywoman. She again deceived the Council by saying the funds would be used for rental space. When the not-for-profit got the discretionary funding, she rerouted the funds—$11,400—for her personal use.

And in November 2013, she filed for Chapter 13 bankruptcy protection in the U.S. Bankruptcy Court in Brooklyn. Harris, who at the time of her filing was getting $1,550 a month from FEMA as a result of the misrepresentations she made, told the Bankruptcy Trustee that she was receiving $1,200 a month in financial aid from the same landlord to whom she told FEMA she was paying $1,550 a month in rent. Both statements were false.

In April 2017, her predecessor, Alec Brook-Krasny—who resigned in mid-2015—was among 13 individuals indicted for turning three Brooklyn clinics into pill mills that put more than 6.3 million opioids on the black market.

Her Albany and district offices were not available for comment on Tuesday. 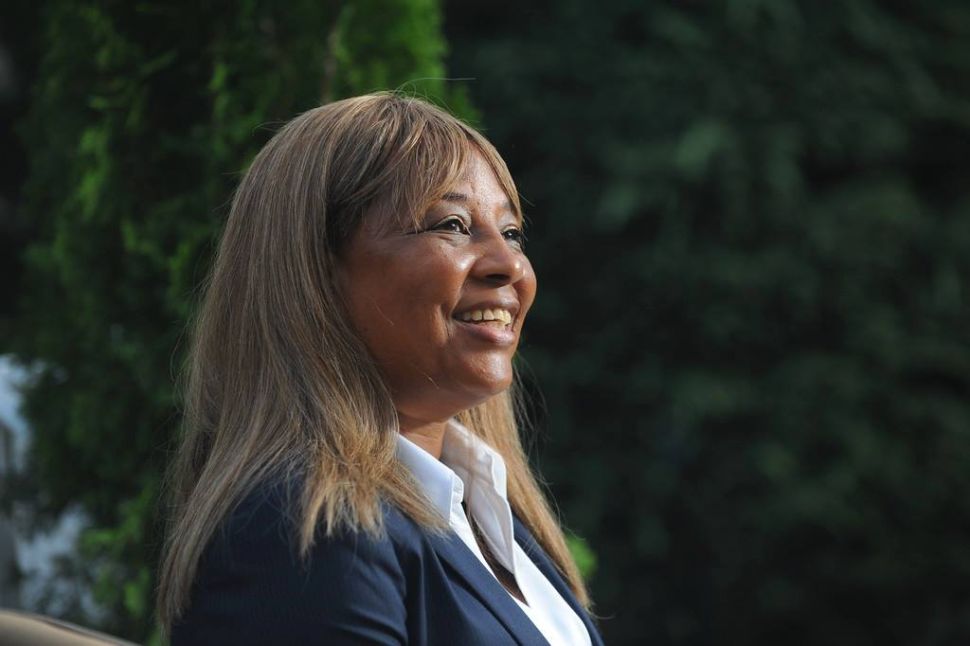