ICOs are fundraising events where companies issue tokens that can be purchased by cryptocurrencies like Bitcoin and Ethereum. ICOs are in some sense similar to initial public offerings, but without any regulations to protect the interest of investors, who are often unsophisticated individual investors gambling for short-term rewards.

Legalist’s service fulfills a growing demand in this group of “underdog” investors.

“Everyday investors who are defrauded out of their savings may not have resources to pursue legal claims. Litigation finance allows lawyers and clients to seek redress against rampant fraud in cryptocurrency,” Curtis Smolar, Legalist’s general counsel, said in a statement on Thursday.

The number of ICOs rocketed in the later half of 2017, thanks to a price surge in Bitcoin and other cryptocurrencies. Since August 2016, 753 ICOs have been closed, according to ICObench, an ICO tracking and rating site. More than 500 ICO are in process, and 251 are scheduled in the next 30 days.

In recent months, a flurry of news reports surfaced on investors filing lawsuits against suspicious ICOs. So far, no government has laid out specific rules to regulate ICOs, making it difficult for investors to find legal grounds to build a case on. On a case-by-case basis, some ICOs may fall under the securities law. One case filed in December, for example, accused a company of selling unregistered securities through an ICO.

Eva Shang, co-founder and CEO of Legalist, told Observer that some companies could also fall under fraud charges if they included false information in company material.

“There aren’t enough cases on fraudulent ICOs that reflect the real picture. One reason could be that some people are afraid to be on the hook for legal fees,” Shang said.

“We are located in Silicon Valley, so we are entrenched in the tech scene. There are a lot of people talking about it. Even the founder of Ethereum has warned investors about the risk of ICOs,” she added.

Shang declined to discuss the company’s current clients or cases. As an industry standard contingency fee model, Legalist charges 30 to 40 percent of the recovery amount if a lawsuit is won.

ICO companies often boast high-tech products that involve the application of blockchain. Some founders have even sought public endorsement by celebrities with little tech backgrounds. Despite repeated warnings from governments, investors seem to be increasingly intrigued, enabling these ICOs to often raise tens of millions of dollars within days.

“While blockchain protocols hold great promise to revolutionize the currency of the future, fraudulent token issuances based on false promises have already fleeced many unsophisticated investors out of hard-earned capital,” Christian Haigh, Legalist’s co-founder and chief technology officer, said in a statement.

Legalist was founded in 2016 as a litigation analytics firm to help lawyers speed up case review. It employs algorithms to analyze cases in federal and state courts, so as to eliminate the need for lawyers to manually do the job. Peter Thiel is one of the company’s earliest funders. 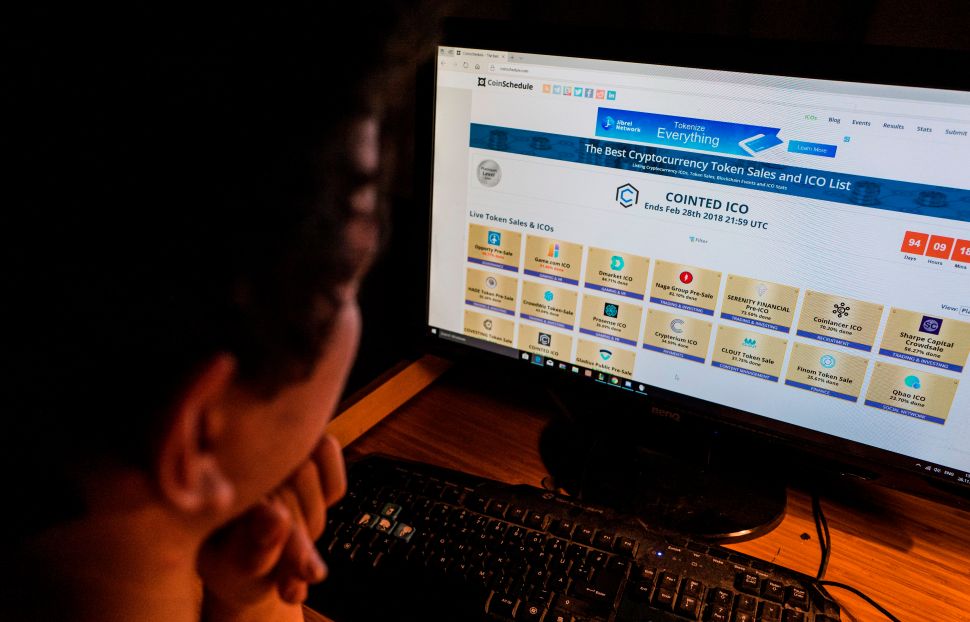