Mnuchin’s statement on Wednesday that “a weaker dollar is good for [the United States]” caused the dollar index—the instrument used to measure the dollar’s strength against six major currencies—to fall to its lowest point since December 2014.

“We want free and fair and reciprocal trade,” he said. “So I think it’s very clear. We’re not looking to get into trade wars. On the other hand, we are looking to defend America’s interests.”

Though many leaders at the World Economic Forum—including Indian Prime Minister Narendra Modi and German Chancellor Angela Merkel—have warned against the “poison” of conservative populism, President Donald Trump and other White House representatives are in Davos making a case for nationalism.

“People are using some predatory practices against us, and we’re not flinching from that,” said Commerce Secretary Wilbur Ross in Davos.

The president will speak with British Prime Minister Theresa May to discuss denuclearization and the Syrian conflict before meeting with Israeli Prime Minister Benjamin Netanyahu. On Friday, he will deliver a closing speech in Davos, outlining his vision for U.S. trade. 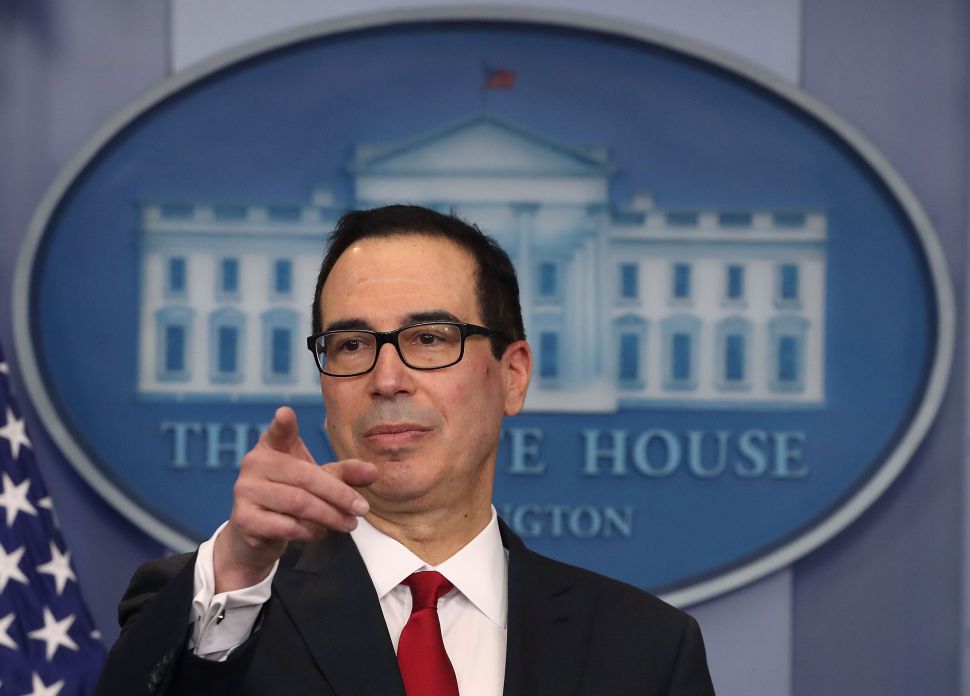