More foreign lobbying efforts connected to the White House have surfaced. President Donald Trump’s longtime political advisor Roger Stone filed a lobbying disclosure on Friday about his work advocating for “commodity rights and security of the same in Somalia.” According to the federal lobbying disclosure database, Stone signed Capstone Financial Group Inc. in May of last year, just two weeks after the president deployed dozens of troops to the region.

Capstone is a venture capital firm headquartered in Buffalo, N.Y. that “buys physical commodities and transforms them into customized and consumable products.” The company trades on the over-the-counter market for $.75 per share.

“I was not initially contracted by Capstone to engage in any lobbying activities,” Stone told Observer. “Later, although not initially contemplated, the discharge of my responsibilities included casual conversation on two occasions with a single member of Congress about the status of the insurgency and the security of Somalia.”

“I did not lobby anyone in the Executive branch so [the Capstone contract] had no impact on U.S./Somalia policy,” Stone added.

In addition to the over 500 U.S. troops stationed, the highest number since two Black Hawk helicopters were gunned down over Mogadishu in 1993, the U.S. government is currently working to “accelerate Somalia’s growing integration into the global economy through a combination of initiatives that improve the country’s competitiveness; spur new investments; and increase market linkages and business partnerships.”

Although Stone’s work began last spring, he retroactively registered several days ago. The late filing does not disclose how much Stone was paid or which people or agencies he lobbied.

Trump’s former advisors Paul Manafort and Michael Flynn also registered well past the 45-day window, but were charged by the FBI for lobbying efforts that benefitted foreign governments. By contrast, lobbying for private corporations like Capstone falls into the House and Senate’s jurisdiction rather than that of the Justice Department.

This story has been updated to include a quotation from Roger Stone. 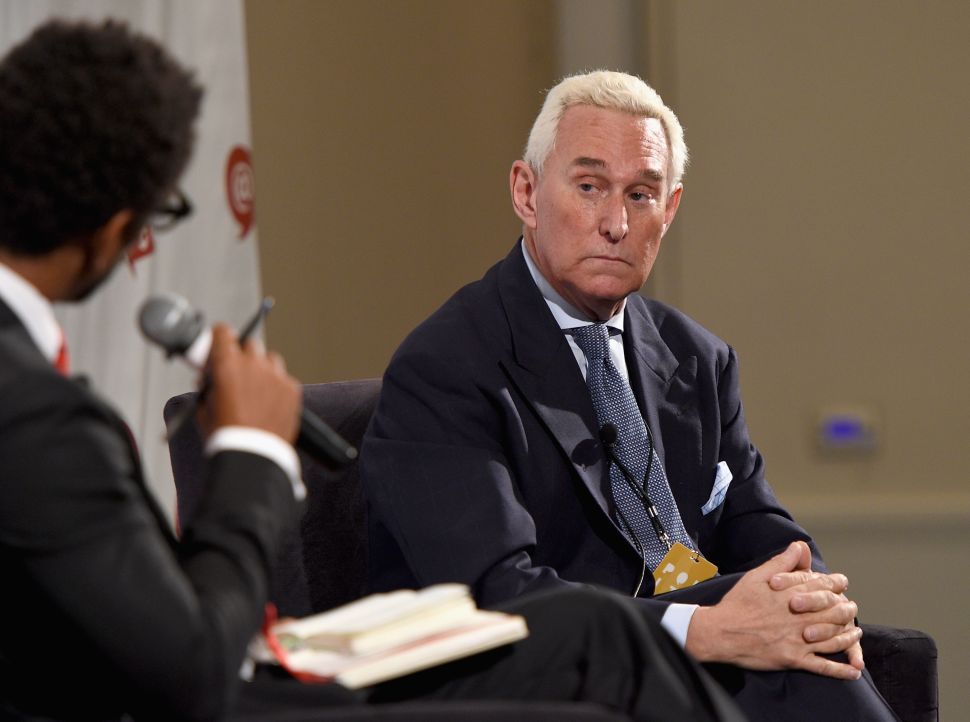