Mark Zuckerberg is without question the most successful executive in the social network business, but he always seems a bit clueless when it comes to managing Facebook as a news platform—first saying that Facebook wasn’t a media company, then admitting that it was (and launching a series of new tools to combat fake news), and, most recently, deciding to reduce the amount of news content on Facebook.

Now, he finally has some unsolicited advice from a true industry insider: Rupert Murdoch.

In response to Zuckerberg’s announcement last Friday that Facebook would prioritize news content from “trusted sources” on Facebook’s News Feed, Murdoch offered his take on the matter Monday, the first day Facebook’s News Feed changes took effect, in a statement published on the News Corp. website.

His key message to Zuckerberg: Pay “trusted sources” a carriage fee, like traditional cable companies do.

Murdoch said that the content management measures taken by Facebook and Google, the two largest content distributors in the world, so far have been “inadequate, commercially, socially and journalistically.”

“There has been much discussion about subscription models, but I have yet to see a proposal that truly recognizes the investment in and the social value of professional journalism,” he wrote. “The time has come to consider a different route. If Facebook wants to recognize ‘trusted’ publishers, then it should pay those publishers a carriage fee similar to the model adopted by cable companies.”

“Carriage payments would have a minor impact on Facebook’s profits but a major impact on the prospects for publishers and journalists,” he added.

In Facebook’s view, the quality of a news source will be determined by a sampled survey of Facebook users, the company said in a blog post on Monday. As part of the latest changes to its News Feed, Facebook will also favor what they deem as “information content” (also ranked by users) and local news.

Facebook and Google own two-thirds of the U.S. digital advertising market. Globally, the two platforms own 84 percent of the digital ad market and are responsible for nearly 100 percent of growth in the sector, according to Fortune.

Zuckerberg likes to sum up Facebook’s complex product mix into simple, elegant concepts like “connection” and “community,” as he has emphasized in his public statements numerous times. However, as Facebook sucks up more and more of people’s time—some to the point of addiction—the company inevitably must face the difficult question of how it should (or shouldn’t) affect what people think and behave.

Last year, Facebook launched a blog series called “Hard Questions” on the company website to discuss how social media impacts humanity. On Monday, finally recognizing that its own wisdom isn’t thorough enough, Facebook invited outside contributors, including a Harvard professor, to write essays for the series for the first time. 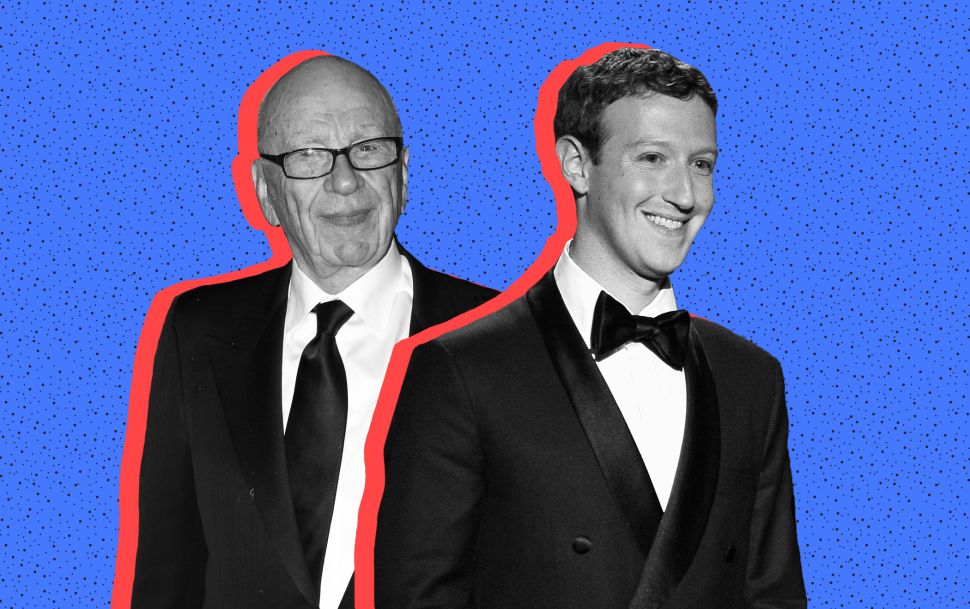