Raw is a thing. Because, well, when it comes to denying science we’re scrapping the bottom of the barrel.

Raw —the untreated, unfiltered variety the pioneers were forced to drink as they made their trek across the plains — is now in vogue. At least, it is among some new-age consumers who are gullible enough to believe it’s somehow better than tap , and foolish enough to pay $6 a gallon for it, bacteria included.

According to a report in The New York Times, the “raw ” movement is the latest trendy phenomenon on the West Coast, particularly in affluent areas like …wait for it…Silicon Valley and San Francisco. Yep, the highly-educated folks who work in the high-tech, high-science industries are shelling out mega-bucks for the oldest low-tech, low-science product known to man — snake oil.

These folks who aced their SATs and settled into a life of comfort developing algorithms that keep ads for dental implants and the Geico Gecko popping up on your favorite websites, have suddenly determined the last century of wisdom is bunk.

Here’s how The Times described the raw fad:

“At Rainbow Grocery, a cooperative in (San Francisco’s) Mission District, one brand of is so popular that it’s often out of stock. But one recent evening, there was a glittering rack of it: glass orbs containing 2.5 gallons of what is billed as ‘raw ’ — unfiltered, untreated, unsterilized spring , $36.99 each and $14.99 per refill, bottled and marketed by a small company called Live .

“Start-ups like Live in Oregon and Tourmaline Spring in Maine have emerged in the last few years to deliver untreated on demand. And Liquid Eden, a store that opened in San Diego three years ago, offers a variety of options, including fluoride-free, chlorine-free and a ‘mineral electrolyte alkaline’ drinking that goes for $2.50 a gallon.

“Trisha Kuhlmey, the owner, said the shop sells about 900 gallons of a day, and sales have doubled every year as the ‘ consciousness movement’ grows.”

For those of us sheltered in the Heartland, somehow uneducated about the threat of drinking tap that has been filtered and treated, here’s a review of why retailers like Kuhlmey are selling $5,400 worth of snake oil raw every day.

Proponents of raw are wary of the fluoride added to tap and the lead pipes that some of it passes through. They believe the wrong filtration removes beneficial minerals. And the treatments of traditional bottled to remove algae also removes what they call healthful bacteria, or “probiotics.”

The founder of Live Water, Mukhande Singh, told The Times he believes that public has been poisoned. “Tap ? You’re drinking toilet with birth control drugs in them,” he said. “Chloramine, and on top of that they’re putting in fluoride. Call me a conspiracy theorist, but it’s a mind-control drug that has no benefit to our dental health.” (There is no scientific evidence that fluoride is a mind-control drug, but plenty to show that it aids dental health.)

Claims such as Singh’s worry some other educated folks, such as Dr. Donald Hensrud, the director of the Healthy Living Program at the Mayo Clinic in Rochester, Minn. What the raw- partisans see as dangers, he says, are important safety measures.

“Without treatment, there’s acute and then chronic risks,” Dr. Hensrud said, including E. coli bacteria, viruses, parasites and carcinogenic compounds that can be present in untreated . “There’s evidence all over the world of this, and the reason we don’t have those conditions is because of our very efficient treatment.”

The evidence of the dangers of raw still exist in many third world countries, something that TheVerge calls “raw diarrhea.” In fact, chlorine disinfection began in 1908, drastically reducing cases of deadly diarrheal diseases like typhoid and cholera that spread via contaminated , which the Centers for Disease Control and Prevention calls “one of the greatest public health achievements of the 20th century.”

This article originally ran on AGWeb, Powered by Farm Journal.

Raised on a medium-sized ranch in the southern Flint Hills of Kansas, Greg Henderson has been editor of Drovers since 1992. Contact Greg: ghenderson@farmjournal.com 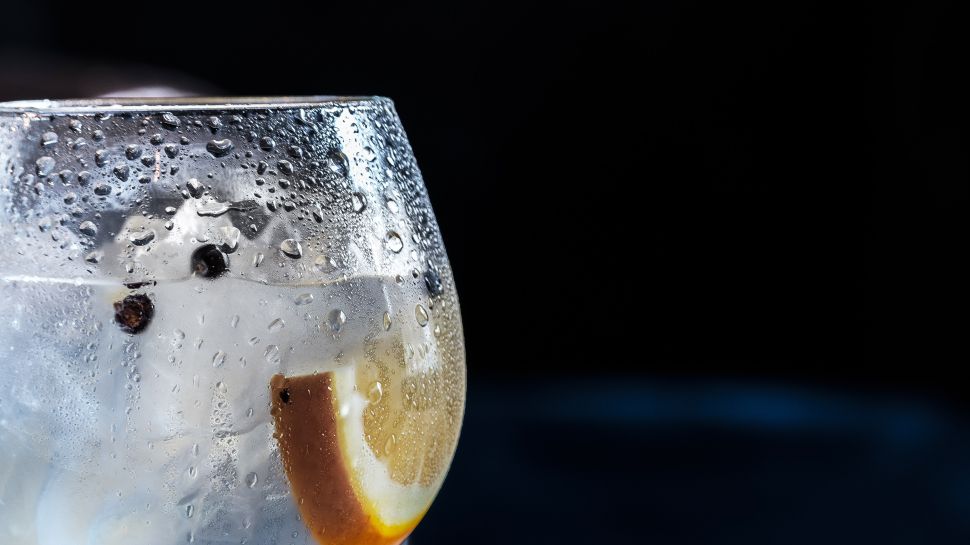