On Tuesday, January 23, a scandal broke out at Moscow State University, the oldest and most distinguished university in Russia. Professor Vyacheslav Babourin, head of the Department of Economic and Social Geography, refused to accept an exam from student Levi Boroda, a freshman in the university’s film department, because he was wearing a yarmulke.


The professor said he offered the Jewish student the choice of taking the yarmulke off or leaving the auditorium, since wearing headwear during tests contradicts the university’s code of conduct.

“Like at any other institution of learning, the university has its charter, in which, among other things, the accepted form of clothing is defined,” Babourin stated. “I quite reasonably pointed out to the young man that he violated the charter and that he should bring his clothing to the requirements of the university, and then he can take the exam.”


Levi Boroda filed a complaint with the university’s secretary and took the exam with another professor on the same day. It is not clear if he was allowed to keep his yarmulke on during the test.


Boroda is not a regular student. His father is Alexander Boroda, the president of the Jewish Communities of Russia, enjoys direct access to the Kremlin. Kommersant reported that, according to Babourin, his colleague was told to accept the student’s exam after speaking with the university’s administration.

“I do not care who he is—a Jew, a Muslim, Buddhist or Sikh, whoever. I am a professor at Moscow University. I follow the charter and orders of my university,” Babourin said in interview to the Kommersant FM radio station. Babourin has many supporters within the university.

Professor Sergei Dobrolyubov, dean of the Faculty of Geography, said he has no problem with Babourin’s actions.

“He had the right to do what he did,” he said. “I talked with him, and he pointed to the rules of the internal order of Moscow State University, signed by the Rector [Viktor] Sadovnichiy in 2008.”

“While inside [the university], we walk without coats or our headwear on,” Dobrolyubov told RBK. He added that Babourin asked female Muslim students to take off their headscarves before taking the tests in 2017.


“The student passed the exam the same day with another group. The story [is] not worth a cracked egg. This is my position on this issue,” Vitaly Tretyako, dean of the Higher School (Faculty) of Television at Moscow State University, told RBC.


However, the Jewish student thinks otherwise.

Boroda posted on his Facebook page: “Moscow State University—the best college in the state?…Discrimination on the basis of nationality, a direct violation of Article 136 of the Criminal Code of the Russian Federation, is punishable [by] imprisonment. It’s strange that the best university did not take this [fact] into the account. Can you help? Write #MoscowStateUniversity #Sadovnichiy #JewsinMSU #antisemitism.”

There have been other incidents, according to Boroda. When he asked for permission to skip gym classes for Yom Kippur, the physical education teacher advised him to “get baptized” instead. Boroda filed a complaint with the Rector’s Office.

In an interview with the Moscow Speaking radio station, the president of the Russian Jewish Congress, Yury Kanner, said that the professor at Moscow State University demonstrated his obvious anti-Semitism.

“A university professor must know that a yarmulke is a ritual headgear,” Kanner said. “And if he does not know this, he must sweep streets, but not be a professor of the Moscow State University. Because this is a manifestation of anti-Semitism. [It] is criminally punishable in Russia. If this is framed into the internal charter of the university—this is the problem of the university.”

Kanner believes that university regulations must be changed.

“If tomorrow the Moscow Patriarch or any other priest [were to] visit Moscow State University, he [would] also have to take his headgear off, or what? How will this look? I think this situation will have consequences. I do not know how [university administration] will find its way out of this situation,” he continued. “Perhaps, the professors will go outside [of the university] to take exams from students. But the fact is that students who observe traditions must have a way to learn. [This fact] is obvious to me. I think that the right forces within the university will be found to correct everything that is needed [to be corrected], as they promptly found a way for the student [Levi Boroda] to take the exam.”

Kanner thinks there is no need for criminal charges to be filed. However, he still believes the university’s reputation is at stake: “All those that monitor the situation with anti-Semitism in Russia paid attention to this event. This can be looked at like at one of the manifestations of anti-Semitism, [and] this will be very embarrassing. This is one of the most famous universities in the world. The level of anti-Semitism in Russia steadily decreases from year to year. But, of course, this one is an ugly story.” 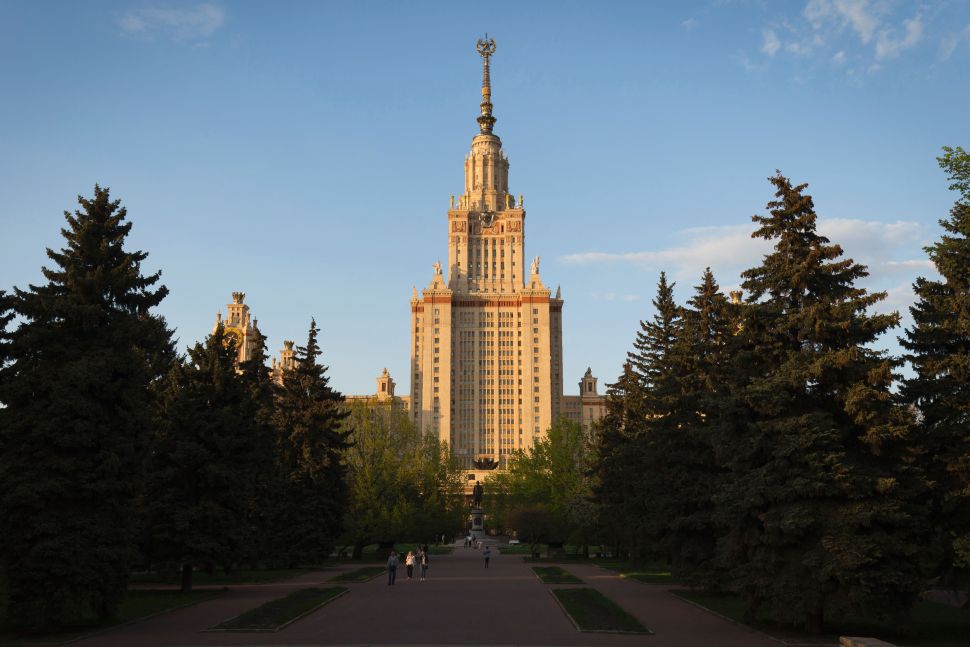