Miami’s annual South Beach Wine and Food Festival returns for its 17 year this February. Dubbed “the Super Bowl for foodies,” hundreds of chefs and industry vets will unite for a roster of 80 drool-worthy events across South Florida. With more than 65,000 expected attendees, festival-goers are tasked with choosing between a wide range of happenings, from day-long tastings and demos to themed events, intimate dinners, brunches and late-night bubbly soirees.

Tickets for events during the five-day festival, which kicks off on February 21, are expected to go fast—and some have already sold out. Not sure where to start? From burgers and jazz, plus fitness and sweets, here are five of the best South Beach Wine and Food Festival events to start with.

This two-day event requires some serious pacing, as more than 50 restaurants and wine and spirit producers will gather on the beach to hand out bite-sized sweet and savory samplings. While a specific lineup of menu items has yet to be released, participating restaurants range from Asian, American, Mediterranean, Spanish and Mexican, in addition to poke, barbecue, steak, and doughnuts. As you eat, rub shoulders with chefs and culinary personalities like José Andrés, Scott Conant, Bobby Flay, Trisha Yearwood, Emeril Lagasse and Guy Fieri.

Before you leave, seek out the David Grutman Experience, located in the courtyard between the tasting tents. The nightlife vet will be curating a lineup of his favorite eats from local restaurants along with music and other live acts.

A crowd favorite, Burger Bash is the ultimate meat marathon. With your feet in the sand, you’ll wrap your hands around more than two dozen juicy beef sandwiches and wash it all down with bottomless pours of chilled beer and wine. This year, Guy Fieri will host Burger Bash in place for Rachael Ray, who previously led the beachside event for 11 consecutive years.

Otherwise, Burger Bash largely remains largely the same, bringing together some of the country’s best chefs to battle for the Heineken Light People’s Choice Award. A panel of judges, including Bravo’s Andy Cohen and Kardashian BFF Jonathan Cheban, will choose a winner for this year’s Schweid & Sons Very Best Burger Award, too.

New this year, the festival has teamed up with James Beard Award-winning chef and Food Network personality, Marcus Samuelsson for a sneak preview of his Overtown restaurant. Though a definitive opening date has not been released for his forthcoming concept, which will be located northwest of downtown Miami, a lucky group of foodies will get a chance to check out the unfinished space. After, head across the street to a plaza outside The Black Archives Historic Lyric Theater for an all-American comfort brunch rooted in Southern and Caribbean cuisine. The menu includes Samuelsson’s signature ribs, fried chicken and collard greens. There will be non-stop jazz tunes, courtesy of the Melton Mustafa Jazz Festival.

Take a break from all that eating with an early morning workout led by Barry’s Bootcamp partner and head trainer Derek DeGrazio and culinary personality Robert Irvine. The two will host a beachside workout at the 1 Hotel South Beach and yes, the fitness class will be followed by bites from some of South Florida’s most consciously-operating and health-focused spots. A specific lineup has not been announced, but expect light bites from the vegan restaurant, Plnthouse.

Española Way in South Beach’s Art Deco district will transform into the ultimate late-night block party during Midnight Munchies. World-renowned chef Jean-Georges Vongerichten will serve as host, with Action Bronson in charge of music. The tree-lined pedestrian-friendly corridor, known for its historic charm, twinkling lights, and street entertainment, will be stocked with a hefty selection of sweet, salty, and savory midnight sips and bites. There will be croquetas from Dos Croquetas, grilled cheese mash-ups from Ms. Cheezious and rich baked goods from Sweetness Bake Shop. 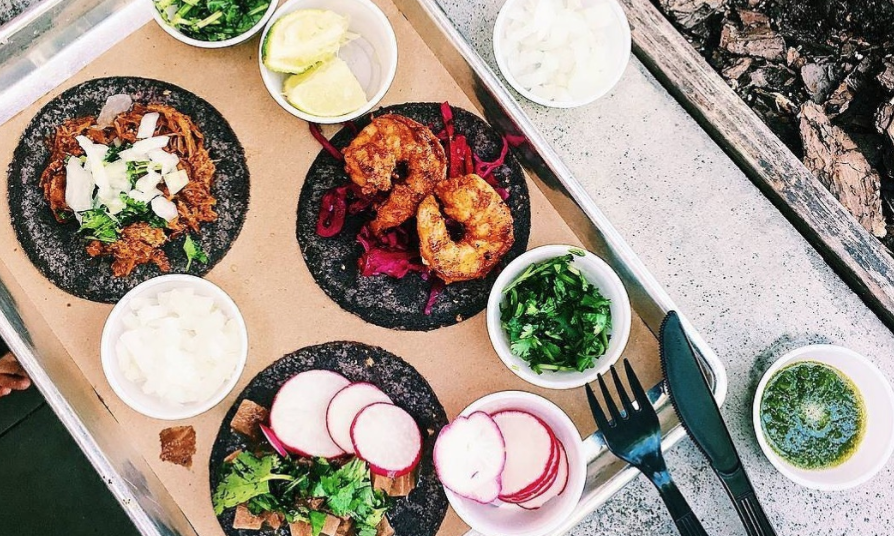