Thanks to an unprecedented and unexpected offering of peace talks from North Korean dictator Kim Jong Un, North Korean athletes could be gearing up to compete in the upcoming Winter Olympic Games. On New Year’s Day, Jong Un made an official request for North Korea’s participation in the competition, accompanied by confirmation that he would be open to negotiations with Seoul, although the regime will continue “mass producing” nuclear warheads.

On Tuesday, South Korean leaders proposed a meeting for next week to engage in a formal discussion. According to South Korea’s Unification Minister Cho Myong-gyon, the potential for peace talks has been communicated with the United States, and the decision of whether to continue joint military drills between South Korea and the U.S. is under discussion.

If the talks proceed, Cho confirmed to Reuters that they will occur at the border village of Panmunjom. They will intend to first focus on North Korea’s participation in the games and eventually transition to push for denuclearization. “We look forward to candidly discussing interests from both sides face-to-face with North Korea along with the North’s participation in the Pyeongchang Winter Olympics,” he stated.

In his yearly New Year’s address, Kim Jong Un expressed propaganda-laced attitudes of unprecedented power and generous self-control. He warned of a nuclear button on his desk with the power to launch nuclear weapons as far as the United States, stating that he would not use it unless threatened. “The United States can never fight a war against me and our state,” he elaborated. “It should properly know that the whole territory of the U.S. is within the range of our nuclear strike, and a nuclear button is always on the desk of my office, and this is just a reality, not a threat.”

His attitudes, when presented with the potential of participation, shift dramatically. “We earnestly wish the Olympic Games a success,” he stated to KCNA, North Korea’s official state-run news agency. “From this point of view we are willing to dispatch our delegation and adopt other necessary measures; with regard to this matter, the authorities of the North and the South may meet together soon.”

White House analysts reportedly view the North Korean dictator’s unexpected olive branch as an attempt to undermine relations that have strengthened between South Korea and the United States due to the Trump administration’s campaign to increase global sanctions on North Korea and pressure denuclearization through economic disparity.

According to South Korean President Moon Jae-in, North Korea’s moves toward peace and its desire to participate in the Olympics are both welcome advances but “cannot go separately with resolving North Korea’s nuclear program.”

“I also ask the Foreign Ministry to closely consult with our allies and the international community to push for both an improvement in inter-Korean relationship and the resolution of the North Korean nuclear issue at the same time,” President Moon added.

President Donald Trump took to Twitter, adding further ambiguity to the subject. “Sanctions and ‘other’ pressures are beginning to have a big impact on North Korea. Soldiers are dangerously fleeing to South Korea,” Trump he wrote. “Rocket man now wants to talk to South Korea for first time. Perhaps that is good news, perhaps not – we will see!” Continued Trump in a following post. 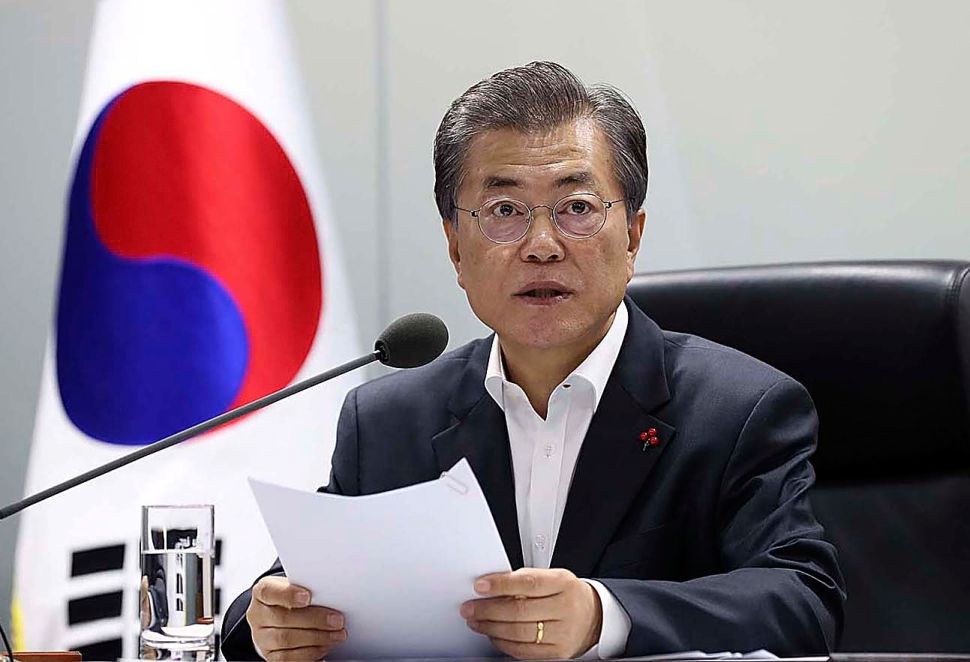