Elon Musk has given a shot in the arm to the U.S. space program.

America led the world in space launches in 2017, notching 29 successful spaceflights. It’s the first time the United States has placed first in the space race since 2003. And it wasn’t a close competition—Russia came in second with only 20 launches, while China managed just 19. The U.S. and China tied for the lead in 2016, with 22 attempts apiece.

In all, more than one-third of successful orbital missions blasted off from U.S. soil last year. All of America’s launch attempts succeeded in reaching orbit, whereas China and Russia bungled at least one mission each.

This surge in U.S. space prowess was largely led by Musk’s SpaceX. The aerospace giant completed 18 American missions with its Falcon 9 rockets.

And it looks like SpaceX is just getting started. Company president and COO Gwynne Shotwell recently predicted that SpaceX would increase its flight frequency by 50 percent in 2018, meaning the company could fly 25 to 30 missions.

This increased launch frequency is all tied to SpaceX’s ultimate goal: using reusable rockets for long distance travel on Earth, as well as missions to Mars. Musk also wants to set up bases for Earthlings on both the moon and the Red Planet.

Musk claims SpaceX will send a human mission to Mars by 2024, but that’s just conjecture at this point given the company hasn’t flown a single human being into space yet.

SpaceX did not respond to an Observer request for comment.

Musk’s company didn’t have all the fun in 2017, however: the remaining American space missions were dominated by United Launch Alliance, a joint venture between Boeing and Lockheed Martin. The company completed eight flights, six on its Atlas V rocket and two with its Delta launch system.

American spaceflight programs are also closely watching China, which has claimed it will bounce back from its 2017 failures by launching 40 successful missions this year. But the country has never attempted more than 22 flights in a given year before, so this could just be a display of Musk-like bravado. 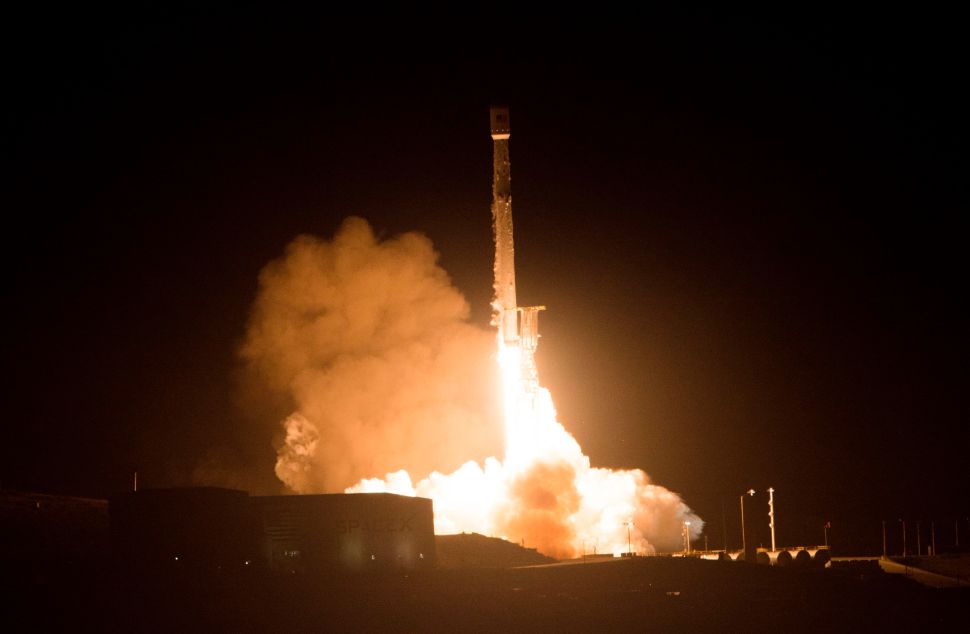